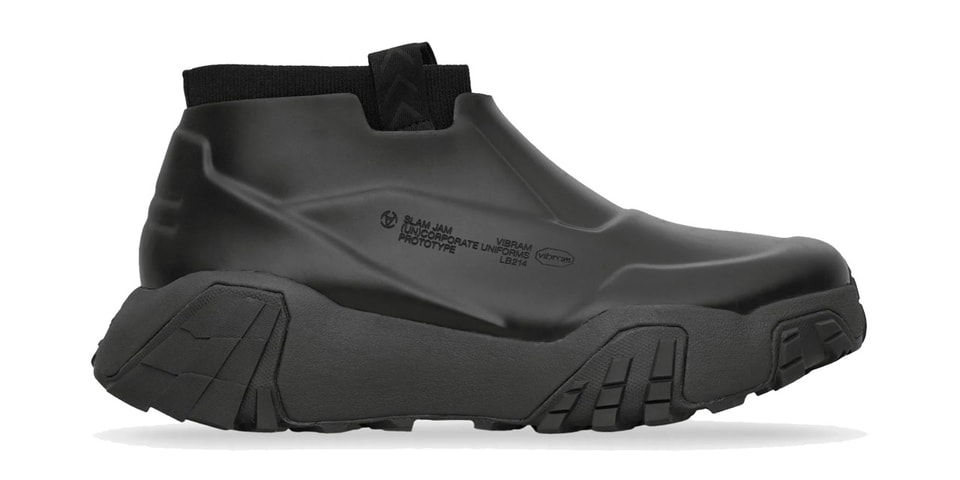 After unveiling its punkish take on the classic Vans Sk8-Hi earlier this month, cultural fashion platform Slam Jam has added a new footwear silhouette under its (Un)Corporate Uniforms tag — this time, in collaboration with sole innovator Vibram.

Enter the Slam Jam x Vibram Post Sneakers in Black, a pair of futuristic slip-ons driven by experimental design codes and built with next-level technology. The hybrid shoe boasts a Vibram StratX upper with a water-resistant shell and debossed branding that reads “(Un)Corporate Uniforms Prototype,” alongside both brand names. Of course, the top construction is supported by a signature Vibram sole, composed of the brand’s Litebase and Megagrip rubber compound.

Instead of standardized shoe-making processes, Vibram consolidated the footwear offering’s creation into five steps, beginning with the sole and ending with the upper. At the cutting edge, the inventive label utilizes thermoforming technologies to craft a three-dimensional rubber mold that comprises the sneaker’s upper. Brightening the design with a final touch, Vibram leaves its yellow signature on the back of the silhouette’s all-black sole.

The Slam Jam x Vibram Post Sneakers in Black are now available to shop at Slam Jam stores and on the brand’s website for $240 USD. Take a look at the design above.