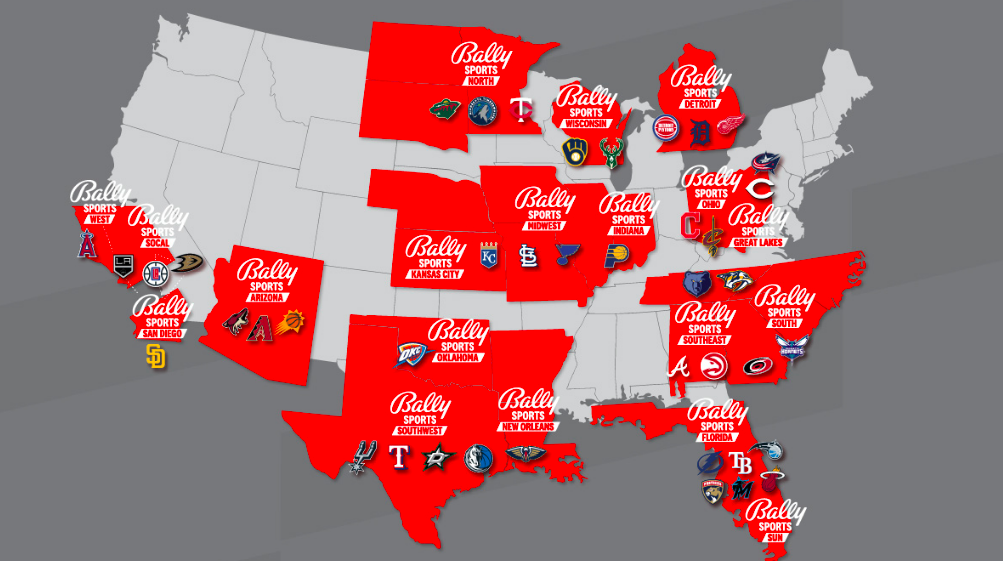 Sinclair’s Bally Sports RSNs may have new ownership sooner rather than later.

Per a report from the New York Post, MLB, the NBA, and the NHL may attempt to buy the RSNs from Sinclair.

MLB, the NBA and the NHL may orchestrate a buyout of the nation’s dominant owner of regional sports TV networks, whose shaky finances pose an increasing threat to their teams, The Post has learned.

The trio of pro-sports leagues are expected to soon begin talks with Diamond Sports, which operates 21 regional Bally Sports networks that account for more than half of the local broadcast markets around the country, sources close to the situation said.

A prospective deal is looming as Diamond — owned by Baltimore-based Sinclair Broadcast Group — has been hemorrhaging cash and could be headed for a possible bankruptcy filing if it doesn’t find a white knight in the coming months, the sources claimed.

A potential sale of the Bally Sports RSNs has been rumored for the last year. Last October, Fanatics was rumored as a possible buyer in the wake of potential doom for the RSN model. At the end of this past August, Sinclair reportedly hired investment banks, which many took as a sign of a potential sale.

Sinclair’s DTC efforts have apparently not helped. Plans for a soft launch were first rumored in February, with that launch coming in June and the full launch announced for this month. The NBA agreed to take part with various conditions, while the NHL also got a deal done. As for MLB, only a handful of teams are participating, and MLB previously asked for a stake in the DTC service.

The Post story also reports that the RSNs could only sell for around $3 billion, a few short years after Sinclair paid around $10 billion for them.