Shrouding Ime Udoka’s suspension in mystery is unsustainable for Celtics 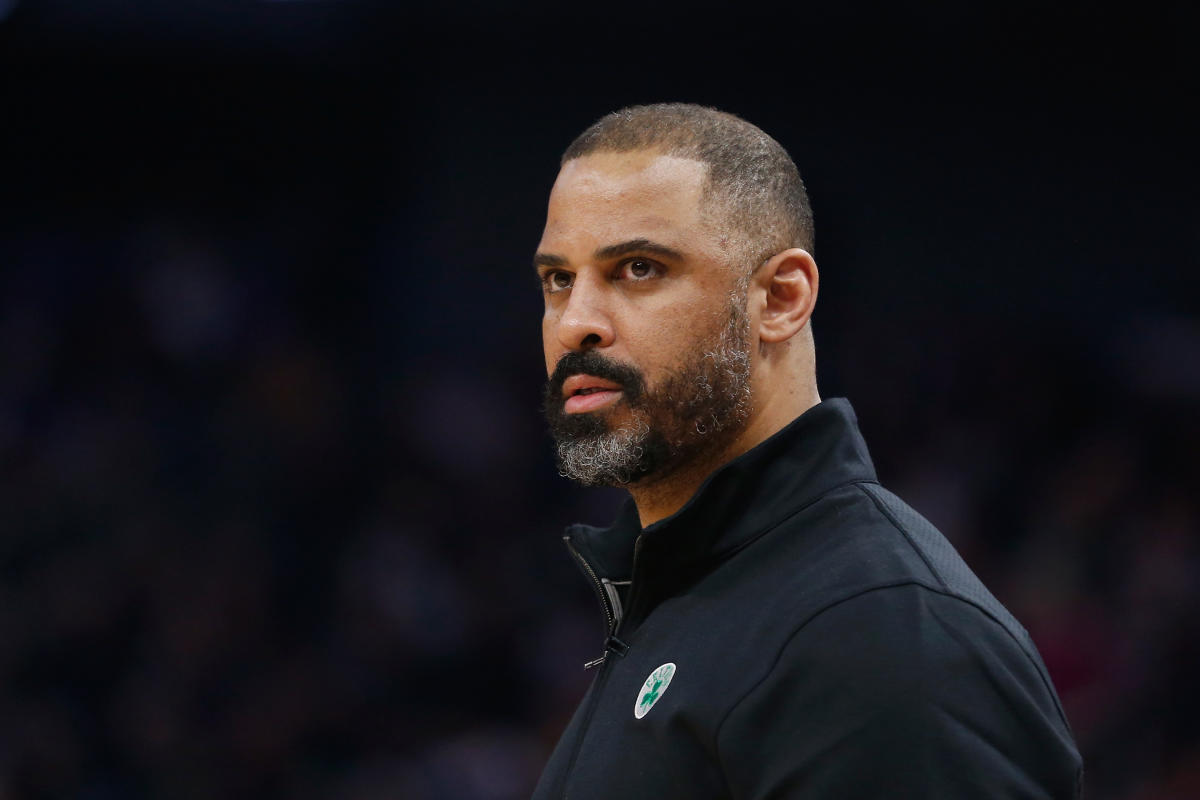 BOSTON — If we learned anything from Friday’s news conference with Boston Celtics managing partner Wyc Grousbeck and president of basketball operations Brad Stevens, it’s that the situation involving head coach Ime Udoka is an untenable one that cannot be swept under the rug with a one-year suspension.

Amid reports of an alleged “improper intimate and consensual relationship with a female member of the team staff” and accusations of “unwanted comments toward her,” Grousbeck understandably cited “privacy reasons for the people involved” as a reason for neither confirming those reports nor elaborating on any substantive facts surrounding what they described as Udoka’s “multiple violations” of team policies.

Udoka put the Celtics in an impossible situation. They levied the suspension — one they are leaving open-ended, by the way — but they can’t adequately explain why he is being suspended, so this cloud hangs over a team they are entrusting an inexperienced 34-year-old assistant with leading into contention.

You cannot hit the pause button on a championship favorite and expect to pick up where you left off.

Joe Mazzulla, tapped to lead the Celtics in the interim a mere three years into his NBA coaching career, may well make good on Boston’s championship promise, despite the added burden of a “one-of-a-kind” scandal. What then? They dismiss Udoka after he serves his punishment? And what if Mazzulla is overwhelmed?

These are the least of the franchise’s concerns, and yet they threaten the entire organization’s common goal. As Grousbeck said, the players “are very concerned about this. It is not a welcome development.”

“To think that guys on the team or coaches or anybody else in the organization is going to walk back on the court and everything is fine, that’s just not the way it is,” Stevens said of changing course a week before training camp. “This is a really, really tough situation, but we’re going to be forward-focused with addressing everything we need to address to get everybody ready to go on Tuesday when we start a new season, and I believe we will be, but I’m not going to ignore the fact that there are human emotions involved.”

Those emotions will permeate the entire organization. There is no solution to satisfy everyone. Udoka may take umbrage with the nature of his sanctions, regardless of how “accepting” Grousbeck says he has been. Players and coaches and front-office personnel may agree with him, lose respect for him or fall somewhere in between. It all pales in comparison to what message this sends to the franchise’s female employees.

Celtics leadership expressed regret and anger about the “Twitter speculation and rampant bulls***” that “dragged female members of the Celtics into the public eye unwillingly and inappropriately” in the hours between the initial reports of Udoka’s transgressions and the team’s cryptic response to it. Stevens nearly came to tears recounting how Thursday “was really hard on them.” This is on Udoka, and the inability of the Celtics to properly explain the matter publicly means that speculation, as awful as it is, will not go away.

It is naive to think that more details will not leak. The Celtics could not even make it through the night without details of the “thorough and impartial investigation” that was completed Wednesday reaching the media. Friday’s news conference barely finished before the former NBA player turned commentator Matt Barnes took to Instagramapologizing for coming to Udoka’s defense and making veiled references to worse offenses.

“Last night, without knowing all the facts, I spoke on Ime Udoka’s defense,” said Barnes, “and after finding out the facts after I spoke, I erased what I posted, because this situation in Boston is deep, it’s messy, it’s a hundred times uglier than any of us thought. … Some things happened that I can’t condone, I can’t back.”

If Barnes knows a more complete version already, how soon before it makes its way around the NBA and into the public sphere? It is difficult to imagine what could have warranted a year-long suspension and not Udoka’s firing. It is just as hard to take Grousbeck at his word that “this is well warranted and appropriate.”

“This felt right,” he said, 48 hours after learning the extent of it, “but there are no clear guidelines for any of this. It’s really conscience and gut feeling and being here 20 years. I’m responsible for the decision, ultimately, although I took a lot of advice from partners like Brad and others. We collectively came to this and got there, but it was not clear what to do. It was clear something substantial needed to be done, and it was.”

He may well be genuine, but how is the public supposed to trust the Celtics when they cannot even tell us whether they believe Udoka’s behavior constituted sexual harassment or caused harm to other employees?

“I don’t have the ability to venture into the conclusions of our legal analysis,” Grousbeck said.

Even Udoka’s absence is shrouded in mystery. They will not divulge the terms of his suspension, and they have made no decisions about what criteria he must meet to return. In one breath, Grousbeck said the suspension runs through June 30, 2023. In another, he said, “We’re not going to talk about the long term, because nothing has been decided … and we’ll make a decision at a later time about Ime’s future with us.”

All of it gives the appearance that the Celtics were blindsided by the depth of the revelations in the investigation or the swiftness of the leaks or both. It sure feels like they are biding their time as they negotiate Udoka’s exit, because media day is Monday, and the cloud over Boston is not lifting soon.