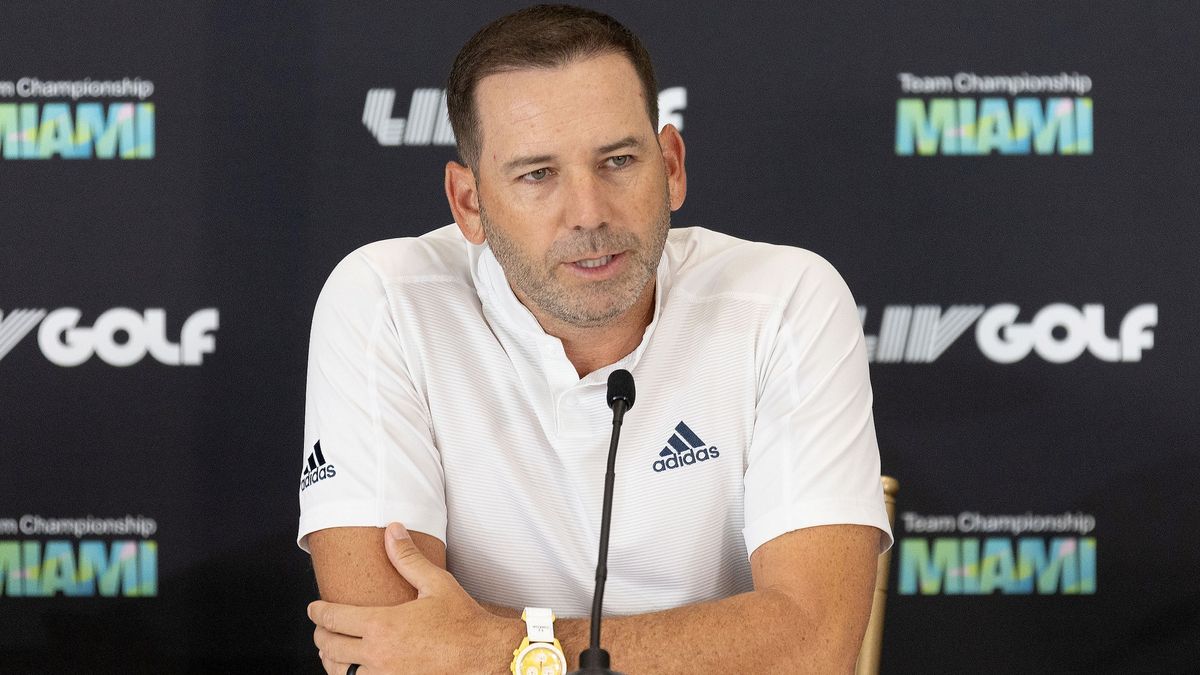 It’s been a remarkable achievement spanning over four decades, but Sergio Garcia’s long stay inside the top 100 golfers in the world will finally end this week.

The 42-year-old broke into the top 100 in the Official World Golf Rankings (opens in new tab) (OWGR) when he was just 19, and has since gone on to hang around the upper echelons of the professional game ever since.

July 4th 1999 was the date when the teenage Spaniard broke into golfing’s elite, and it’s been an incredible, unbroken stretch of 23 years and 21 weeks without losing that status.

OWGR guru on social media ‘Nosferatu’ (@VC606 (opens in new tab)) posted about Garcia’s memorable lengthy stay in the top tier – where he’s remained all of this century.

It’s a spell that has seen Garcia win the Masters and become the all-time record points scorer in the Ryder Cup, but his move to LIV Golf has meant that ranking points have dried up.

Garcia, who is having knee surgery this winter after suffering a torn meniscus, joined LIV Golf this summer and controversially left the BMW PGA Championship at Wentworth after not feeling wanted at the event.

He was reportedly fined for doing so by the DP World Tour, with another consequence of his departure being a sad end to his association with the Ryder Cup.

One of the mainstays of the European team for years, Garcia has scored more Ryder Cup points than anyone else in history, and would have been an easy choice for a future captain.

To his credit, Garcia has said he would rather now stay away from the event even if LIV golfers were allowed in to avoid being a distraction or creating any damaging animosity within the team room.

Vocal opponents to LIV Golf such as Rory McIlroy have continued to speak out against players with the Saudi-backed outfit being allowed to play in the Ryder Cup.

Garcia, though, does say he is happy he made the move to LIV Golf and also seems happy to take any consequences that come his way, so will no doubt accept his drop out of the top 100 in the rankings.

Battles will continue between Greg Norman and the various Tours and OWGR about whether LIV Golf should get ranking points, so Garcia’s drop may only be temporary, but for now it’s another sad landmark for the Spaniard.

Check out the Golf Monthly LIVE Black Friday blog to get the best deals on Rangefinders, Balls, Clubs, Shoes, Tech And more.