Roberto Luongo back in net for NHL All-Star Skills Competition 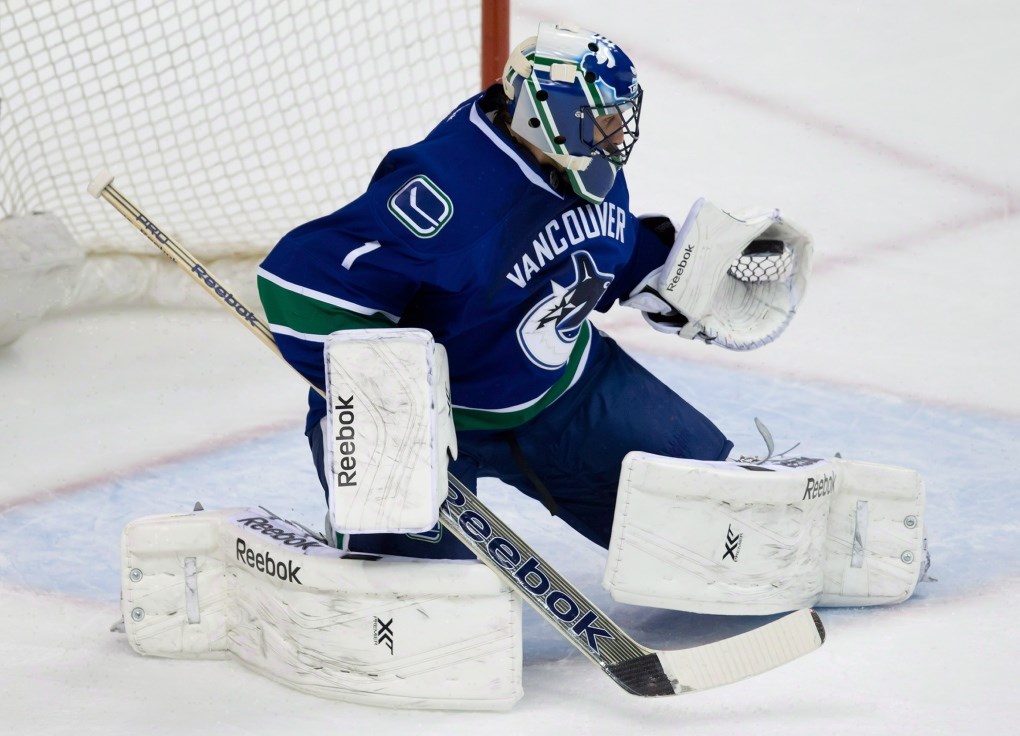 Roberto Luongo will put his goalie pads on for the first time since he retired from the NHL in 2019.

For the first time since he retired, Roberto Luongo will be putting his goalie pads back on and hitting the ice.

The Hockey Hall of Famer and future member of the Vancouver Canucks Ring of Honor will be back on the ice during the 2023 NHL All-Star Skills Competition on February 3. The event is taking place in Sunrise, FL, where his number is retired and He is currently working as a special assistant to the general manager with the Florida Panthers.

In past years, goaltenders have hammed it up in the net as the shooters have made their attempts but, in recent years, the NHL has instead turned to some guest goaltenders, presumably hoping that more of those attempts will actually go in the net.

Last year, the celebrity goaltenders were Manon Rhéaume, who was the first woman to play in an NHL preseason game, and actor Wyatt Russell, who played John Walker, aka. USAgent on the MCU’s The Falcon and the Winter Soldierand was once a professional goaltender in Europe.

This year, the NHL is trusting that the rusty Luongo will also allow enough goals to keep the Breakaway Challenge fun. Maybe they have a point — among the 22 goaltenders who faced at least 200 shootout attempts in their career, Luongo is ranked 17th with a .669 save percentage.

Luongo hasn’t worn his pads since retiring in 2019. When it came time for the Hockey Hall of Fame Legends Game, Luongo suited up at center instead, scoring two goals with some pretty slick moves.

It’s understandable why he hasn’t put on the pads. It was arduous for Luongo to get ready for practices and games towards the end of his career.

“I love the game so much, but the commitment I required to prepare, to keep my body ready, has become overwhelming,” said Luongo after he retired. “Since I had my hip surgery a couple of years ago, I’ve been showing up two hours before every practice and three hours before every game to work out my hip.

“Even at night, whether it was the night before a game or even a night off, there I was rolling out, doing strengthening exercises. My entire life revolved around recovery, strengthening, and making sure I was ready to go the next day.”

When the Florida Panthers retired his number in 2020, Luongo said he had no plans to wear his pads again.

But Luongo obviously couldn’t resist the chance to hit the ice one more time in front of the fans in Florida. Even if the NHL might not want him to stop any of the shots in the Breakaway Challenge, you can be assured that he will receive a raucous ovation if and when he does.

Perhaps one of those shots will come from Elias Pettersson or Bo Horvat, the Canucks’ two representatives at this year’s All-Star Weekend.