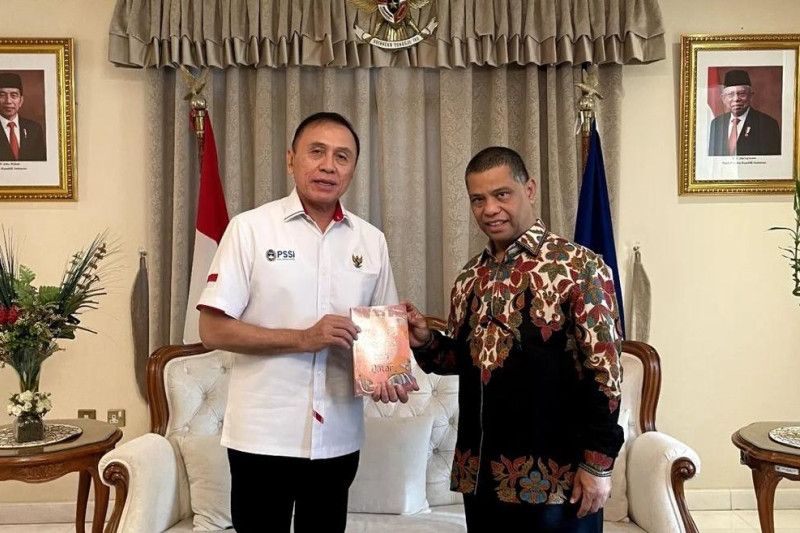 It will be wasted if these potentials are not accommodated by the federation (PSSI) and the Indonesian government.

Jakarta (ANTARA) – The Indonesian Football Association (PSSI) and the Indonesian Embassy (KBRI) in Doha, Qatar, have discussed mapping soccer athletes of Indonesian descent or nationality who are currently playing for the Middle East country.

The discussion was held by PSSI chairperson Mochamad Iriawan and the Indonesian Ambassador to Qatar, Ridwan Hassan, on Wednesday on the sidelines of Iriawan’s visit to Doha to attend the Fédération Internationale de Football Association (FIFA) Executive Summit 2022.

Both of them were born in Lhokseumawe, Aceh province.

“It will be wasted if these potentials are not accommodated by the federation (PSSI) and the Indonesian government. These young talents will be able to help the national team to advance on the international stage,” Iriawan said.

In addition to meeting the ambassador, the PSSI delegation held several meetings on the sidelines of the FIFA Executive Summit 2022.

They met with FIFA’s tournament manager, Christian Schmolzer, among others, to discuss the implementation of the 2023 U-20 World Cup in Indonesia.

The opportunities include the development of young players and sports infrastructure as well as the plan to conduct friendly matches for national teams and clubs.

Currently, Qatar is hosting the FIFA Men’s World Cup from November 20 to December 18, 2022.