By Jake Fenner For Dailymail.Com

Phil Mickelson will no longer compete in the popular match-play golf event he helped create.

The six-time major champion was a key component of ‘The Match’ and competed in the high-stakes event four times.

But according to the event’s executive producer Bryan Zuriff, Mickelson will not be involved in the event in the future due to his defection to LIV Golf. 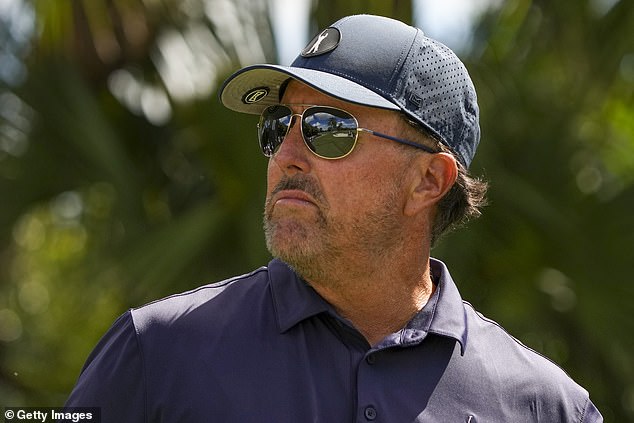 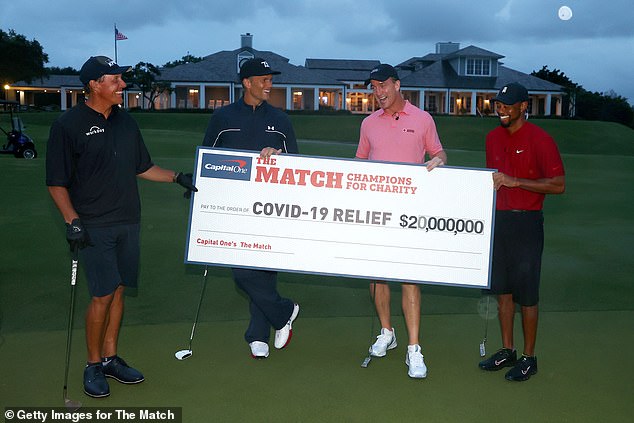 The event is not owned or operated by the PGA Tour but has an allegiance with the world’s biggest tour.

‘I love Phil and he’s been an incredible part of this. But he knows, you know,’ Zuriff told GOLF Magazine. ‘He went where he went, and we’re connected with the PGA Tour. So I mean, this is a PGA Tour event.’

Mickelson was once one of the most popular golfers on the PGA Tour with his charismatic personality and charm with fellow competitors and fans alike.

However, since his move to LIV Golf, The Match will be going in another direction and is in search of a new big name to attract and audience.

‘Unfortunately, he left the Tour, and that’s unfortunate for doing something like this,’ Zuriff said.

The Match – broadcast on Turner Sports – is routinely one of the most watched golf events in the calendar year. 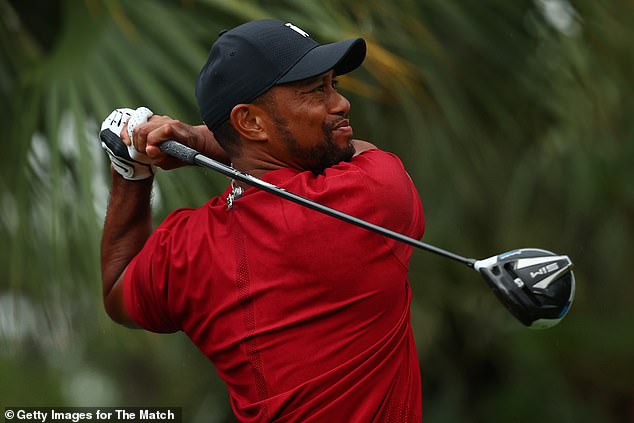 ‘I look at The Match as saying “we’re doing an event in one day that costs a lot less than what LIV’s spending in a year, and more people watch us than watch them,”‘ Zuriff said. ‘I think we’re pretty smart in our business plan.’

‘It’s just a bummer because he’s just been a great partner for so long. But that’s a choice that he made.

‘He understands that when you make those choices, certain things can be sacrificed. And this is one of the things that got sacrificed.’