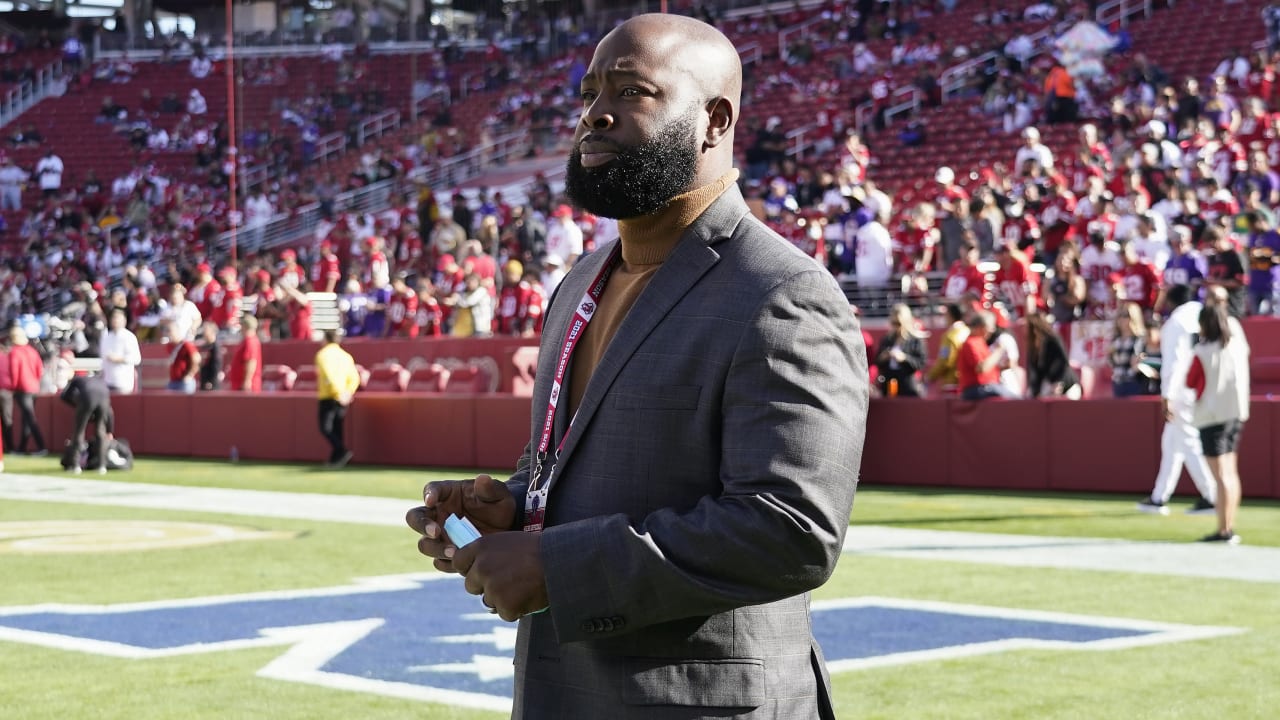 Since the NFL implemented its diverse rewards policy in 2020, the San Francisco 49ers have been front-runners.

The Niners were awarded five compensation draft picks in the third round for developing Martin Mayhew, Robert Saleh and Mike McDaniel. They’ll receive two more for Ran Carthon and another if DeMeco Ryans becomes a head coach this offseason.

Five other teams have been awarded a total of 10 compensation picks.

The policy enacted in 2020 states: “Clubs that develop a diverse employee who is hired in the position of Primary Football Executive or Head Coach at another club, will receive a draft choice compensation in the form of a compensatory draft pick in the third round in each of the next two drafts. If a club has two employees hired for either a head coach or GM position, then that club will receive a third-round compensatory pick in the next three drafts.”

Mayhew, a former NFL cornerback, was San Francisco’s vice president of player personnel before Washington hired him to be general manager in 2021.

Saleh was the defensive coordinator for the 49ers before becoming head coach for the New York Jets in 2021.

McDaniel was the team’s offensive coordinator until the Miami Dolphins hired him last year to be the head coach.

Carthon, also a former player, was director of player personnel before the Tennessee Titans hired him to be their GM last week.

“Our overriding goal is to ensure that there is development, which allows the advancement of diverse talent,” league executive Jonathan Beane told The Associated Press.

“That is exactly what this rewards policy does. It really rewards a club and an organization and leaders for developing great talent who happen to be diverse and then get the opportunity to become a general manager or a head coach at another club.”

“We’re fortunate that some different avenues, minority coaches that brought us some picks. I think that empowers you to do something like this because you have a couple of comp threes, and you’ll get more in the future with things of that nature,” Niners GM John Lynch said.

The 49ers, Eagles and Chiefs are in the conference championship games on Sunday.

“From what I’m seeing, this is the way that they operate as an organization,” Beane, the NFL’s senior vice president, chief diversity and inclusion officer, said about the 49ers.

“Diversity is something that’s very important to them. They have a lot of diversity in coaching, football ops and also business operations. They see that as a definite strength for the organization and it shows in the performance on the field.”

Ryans, a two-time Pro Bowl linebacker in 10 seasons with Houston and Philadelphia, is a hot candidate after guiding the league’s top-ranked defense. He appreciates San Francisco’s philosophy on developing coaches and front-office executives.

“It’s just an outstanding organization from top to bottom, just how things are done here, first class,” Ryans said. “John and (head coach) Kyle (Shanahan) have done an outstanding job of just bringing in the right people. And when you have everybody that comes here, everybody’s opinion matters. Everybody feels like they’re a part of what we’re doing here and I think that’s the reason why the organization has been so successful. It’s just built with the right people in mind. When you have good people, you can do really good things. And that’s what we’ve done here.”