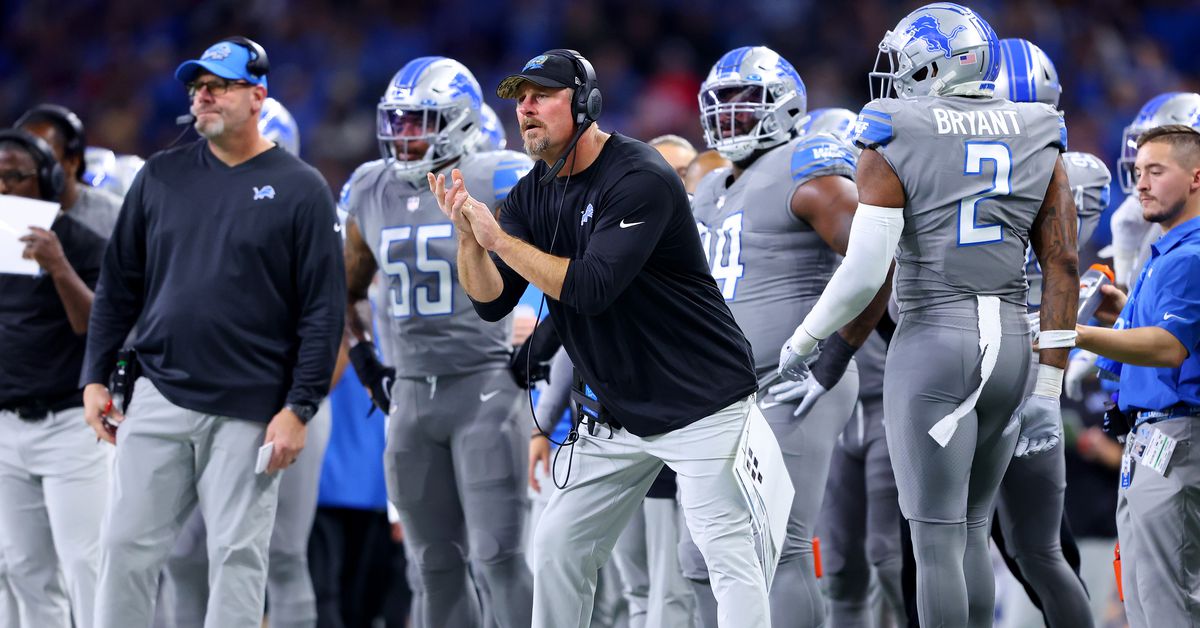 The Detroit Lions finished the 2022 season hot, and people have certainly noticed. We know that people in the sports betting community are in on the Lions based on their 10th-best odds to win Super Bowl 2024. But the Lions optimism appears to have seeped into the inner workings of the NFL itself.

On Tuesday, ESPN published a series of predictions made by a panel of NFL insiders—”a selection of top league executives,” as ESPN put it. Predictions ranged from the landing spots for Tom Brady, Aaron Rodgers, and Lamar Jackson to the Rams and Raiders doing a fire sale with some big name players.

The Lions got a brief shoutout in the survey when it came to teams they predicted would make a jump in 2023. Per the article, some league executives see the Lions as potential favorites to win the NFC North.

“A few people we spoke to floated Detroit as a divisional winner in 2023,” ESPN insider Jeremy Fowler wrote.

One executive took his prediction a step further, noting that a division title could just be the beginning of the 2023 Lions’ accomplishments. Of course, it came with a not-so-subtle shot at quarterback Jared Goff, too:

“I’m not completely sold on Jared Goff keeping up his play from this year, but if he can, there’s no reason why they can’t do some damage in the playoffs,” an anonymous NFC executive said in the piece.

I’m sure I don’t have to remind you that the Lions have won just a single playoff game in the Super Bowl era. So if NFL team executives are predicting this team will make some postseason noise in 2023, we are truly entering uncharted territories right now.