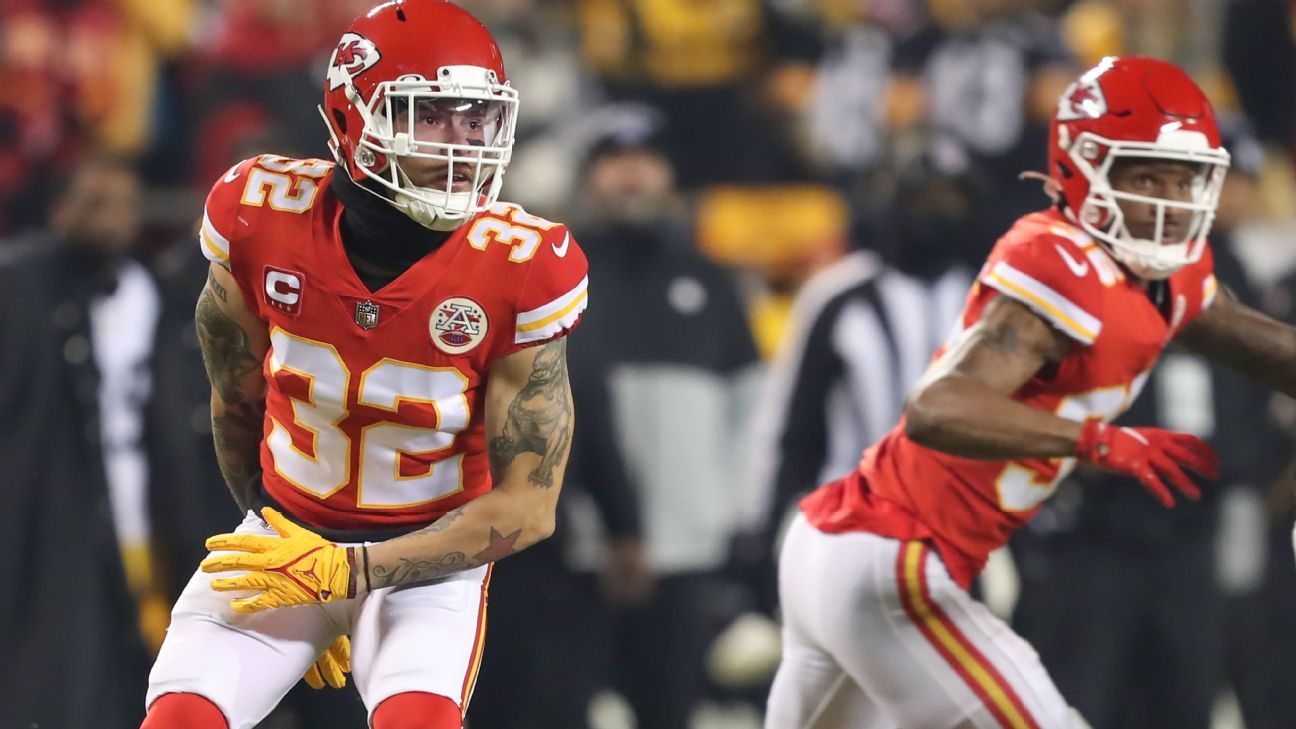 A source confirmed to ESPN that the New Orleans Saints have agreed to a contract with the All-Pro safety, who grew up in New Orleans and starred at LSU. Details of the agreement were not immediately available.

Mathieu, who turns 30 on May 13, visited with the Saints at their team facility in April after he was not re-signed by the Kansas City Chiefs as a free agent. He also met virtually with the Philadelphia Eagles. But New Orleans’ need for an impact safety increased when it did not select one during the NFL draft over the weekend.

Also, free agents who sign up after Monday afternoon will no longer factor into the NFL’s compensatory draft pick formula – which could help boost the market for other big names who remain unsigned.

The Saints lost both of their starting safeties this offseason when Marcus Williams signed with the Baltimore Ravens and Malcolm Jenkins retired. But they have now replaced both after signing former New York Jets safety Marcus Maye earlier in free agency.

Unlike Williams and Jenkins, who were true free and strong safeties, respectively, Mathieu and Maye could be more interchangeable in new head coach Dennis Allen’s defense. Standout safety CJ Gardner-Johnson, who is adept at covering slot receivers, also remains in New Orleans.

The Saints visited with both Mathieu and former LSU receiver Jarvis Landry last month but did not sign either player – keeping the possibility alive that they could revisit talks if they did not fill those needs in the draft.

The Saints addressed the receiver position in a big way by trading up for Ohio State’s Chris Olave in Round 1 of the draft. But when asked if there were any “musts” remaining on their roster, general manager Mickey Loomis said Saturday, “Yeah. One of them, for sure. … You guys can guess that. You probably know it already.”

Mathieu is tied for fifth in the league with 13 interceptions over the past three seasons with the Chiefs, including three in 2021 – with one returned for a touchdown – as the nine-year veteran was selected to the Pro Bowl for the second consecutive season.

The Chiefs, however, moved on from Mathieu when they signed Justin Reid to a three-year, $ 31.5 million contract in free agency.

The three-time first-team All-Pro and three-time Pro Bowl selection has 26 interceptions – returning three for touchdowns – 76 passes defended, 610 tackles and 10 sacks in nine seasons for the Chiefs, Houston Texans and Arizona Cardinals, who selected him in the third round of the 2013 draft.