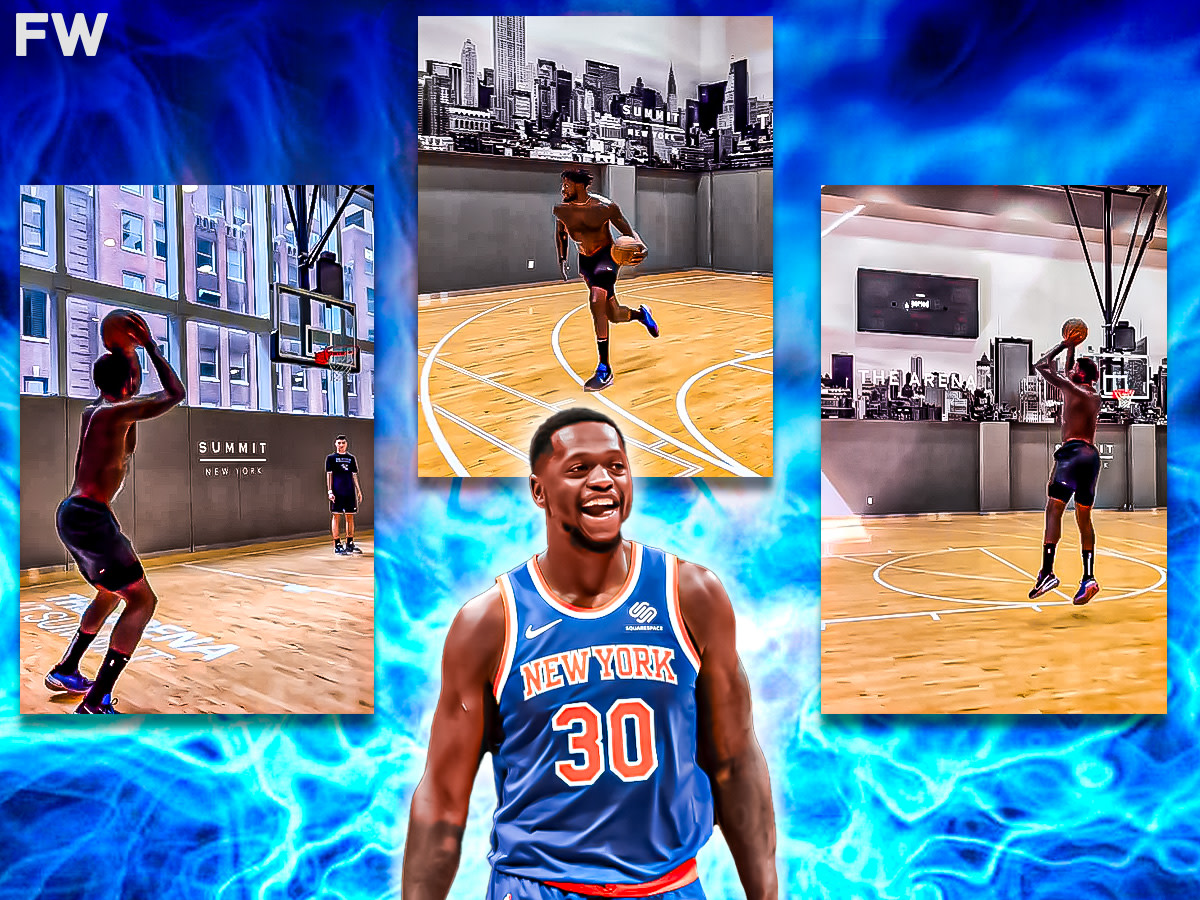 Going into the 2021-22 season, Julius Randle looked like an absolute stud for the New York Knicks. Surprising everyone with his incredible 2020-21 season, many thought that Randle was the next superstar the Knicks had in their ranks. With an improved jump shot and defensive solidity, Randle became the crown jewel of coach Tom Thibodeau’s Knicks.

A year later, things changed drastically for the Knicks and Randle. Although the 2021 All-Star played in 72 regular season games, the impact he had on the team was rather disappointing. Seeing drops in his points, assists, rebounds, and three-point shooting, Randle fell off and could not maintain his star status and was heavily criticized for his performances.

With training camp starting in less than one week, NBA stars are trying to get in their peak shape. Knicks’ Julius Randle is no different. Recently, the 27-year-old was spotted attending a Chris Brickley training session.

There the 2021 All-Star was seen splashing buckets at will. From scoring mid-range jumpers to three-pointers, Randle was automatic during the practice session. Not only that, he looked in peak shape as well.

Many NBA fans also reacted to the same.

This is certainly a great sign for the Knicks. While they did acquire a solid point guard in Jalen Brunson, their hopes of bringing a superstar like Donovan Mitchell fell through and the team certainly finds itself in a tricky situation. With players like Randle, the Knicks are clearly not a young team that is rebuilding, but rather a team that is trying to make it to the playoffs next season.

With Brunson added to the roster, the Knicks will hope that Randle can carry on the form he has shown in his practice sessions and regain the superstar status he got back in the 2020-21 season. If Randle can get back to his best and players like RJ Barrett and Immanuel Quickley continue to improve, the Knicks can be a playoff hopeful.