NBA Fans Joke About James Harden Tweeting “Rise And Grind” At 12:42 PM: “He Stayed Up Too Late At The Strip Club.” 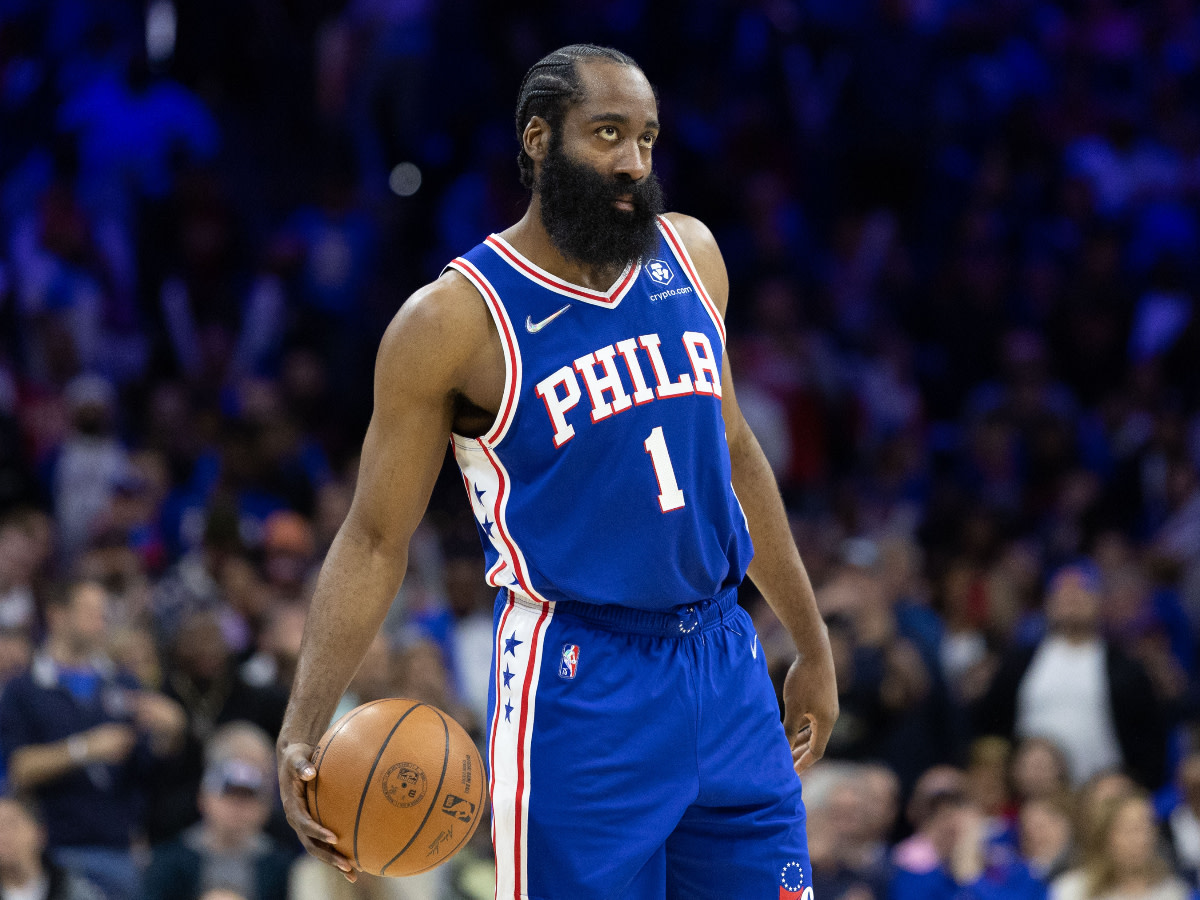 James Harden is one of the best players in the league right now, even if his production has decreased since his Houston Rockets days. Harden is still a top-tier playmaker who can get double-digit assists on a regular basis, and he is a solid supplementary scorer behind Joel Embiid.

Something that has limited James Harden over the course of the last two years is his hamstring injuries. Harden has noted that he thinks he can bounce back to being at an “elite level” despite those injuries.

“I’ve had the luxury of not having to deal with any serious injuries — with surgeries or what not — my entire career. But these last two years, I’ve been dealing with some hamstring issues, which are nothing to play with. So I’m taking this summer as an opportunity to do something for me, to make sure that I get back to the elite level that I know I can be at and that I will be at,” he vows. “So that’s priority No. 1. Basketball is the engine that drives everything — for us to be having this conversation, all the partners that I have, and the great things that I have going on outside of basketball — so I’ve got to make sure that’s on point. “

It is quite likely that James Harden is working hard this summer trying to get his body right to have a productive season with the Philadelphia 76ers. The team will certainly need him at his best to get far in the postseason.

Generally, we see a lot of athletes get up early for their workouts in the morning, and get a good start to their day. However, it seems as though that was not the case with James Harden on September 16th.

On the 16th, James Harden tweeted “Rise and Grind” from his Twitter account at 12:42 PM. Obviously, the afternoon is a late time to get up, and a lot of NBA fans joked about James Harden getting up late that day.

Obviously, it is up to James Harden to schedule his own workouts as he sees fit. Some people also noted that he may have Tweeted the phrase from a different time zone. Nevertheless, this created an amusing situation for fans to laugh about and poke fun at.

Hopefully, we see James Harden have a bounce-back season. The Philadelphia 76ers have one of the best one-two punches in the league with his addition, and perhaps we’ll see the shooting guard show that he is still a top-10 player in the league.