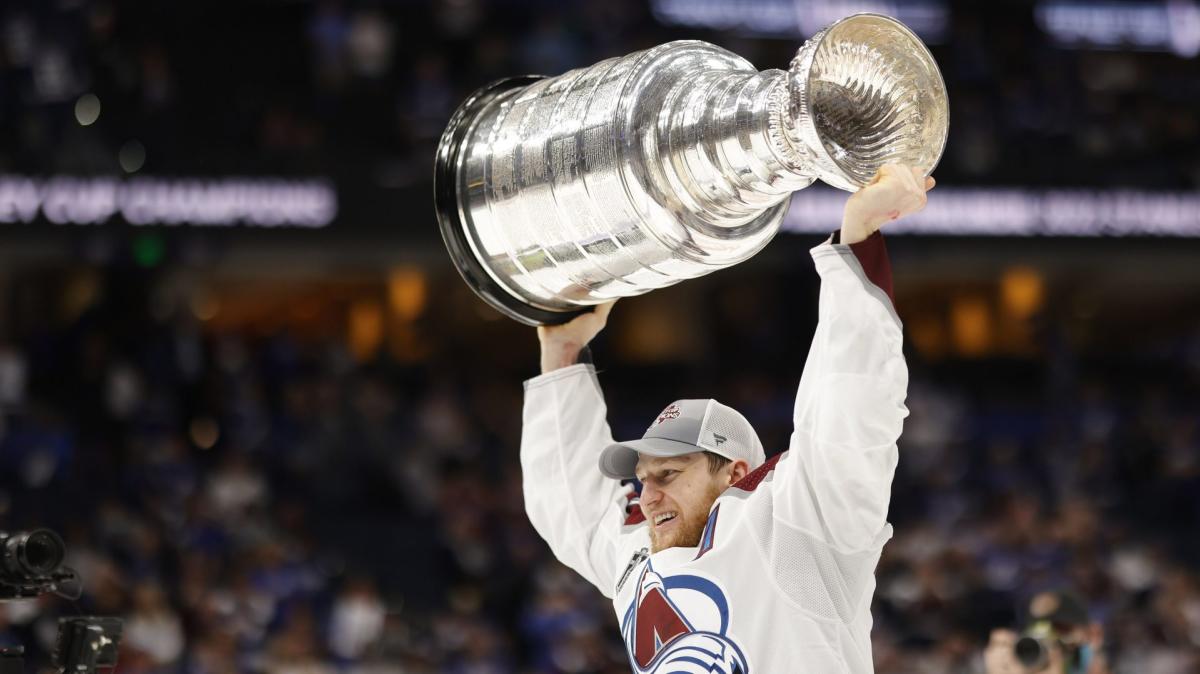 MacKinnon, who just turned 27 earlier this month, signed an eight-year contract that is worth $100.8 million, according to a person with knowledge of the situation. The person spoke to The Associated Press on condition of anonymity because the team did not announce the terms of the contract.

His new $12.6 million salary cap hit that goes into effect at the start of the 2023-24 season surpasses Connor McDavid’s $12.5 million as the highest in the league. McDavid’s eight-year, $100 million deal with the Edmonton Oilers signed in 2017 was the previous record for the highest annual cap hit since the system went into place in 2005.

MacKinnon agreed to the deal to start training camp. It’s been a short offseason for MacKinnon and the Avalanche after they captured their first Stanley Cup title since 2001.

The hard-shooting, fast-skating center tied for the league-lead with 13 postseason goals. It was second-highest in a single playoff run in franchise history, trailing only Hall of Famer Joe Sakic’s 18 goals in 1996 (when Colorado won its first Cup).

“Nathan is obviously one of the premier players in the NHL so a long-term extension was something we wanted to get done before the season started,” Avalanche general manager Chris MacFarland said in a statement about the extension. “He has that rare combination of speed and power with a high compete level that makes him a generational player. We are thrilled he will continue to be a member of this team and this community for many years to come.”

For years, MacKinnon was known as the most underpaid player in hockey — a title he really didn’t care for. Now, he has another one — Stanley Cup champion.

“Denver’s the only place I want to be, for sure,” MacKinnon recently said in Henderson, Nevada, during a preseason player media tour.

McDavid considers being surpassed as the highest-paid player, “good for hockey, I guess, to keep raising the bar.”

“But ultimately the salary cap system’s a weird system where the more money you make, the less money someone else can make,” McDavid added. “It’s kind of a weird system that way. There’s always going to be give and take.”