Multi-club ownership is the future of soccer, but these are the steps to make the model a success Jordan Gardner

In early September, I was invited to speak at the second edition of Fifa’s Diploma in Club Management in New York City. The event brought together some of the most influential soccer club executives in the world, along with notable former players looking to advance their post playing careers such as Tim Cahill and Juan Pablo Angel.

While topics for the three-day event included club management, marketing strategy and stadium development, one industry trend stood out and was repeatedly discussed throughout the event. Speakers ranging from Jorge Mas, the owner of Inter Miami FC and Real Zaragoza, to Marcelo Claure, who owns Club Bolivar and co-owns Girona FC, were eager to discuss the topic of multi-club ownership in global soccer.

In theory, I’m a huge proponent of the concept of multi-club ownership. There are significant advantages to an ownership structure of shared resources, helping to minimize costs via economies of scale. If constructed properly, a diversified portfolio of clubs spread across various jurisdictions can help reduce overall risk in comparison to an investment in one specific club.

Most importantly, the multi-club ownership model has inherent benefits for the development and eventual sale of players. With almost every club in the world relying on the sale of players to create a sustainable financial model, it becomes necessary to have a home for younger players who are not ready for first team soccer to develop.

There’s no doubt that a successful multi-club ownership model is entirely reliant on good structure, management, and operational efficiency. Building holding company level infrastructure to support the overall structure is essential for long-term success. First steps include a focus on human capital, bringing in experienced sporting and commercial operators who have hands-on experience at clubs and understand how to set strategy, and building good culture. These leaders help ensure that each club is in alignment with the greater vision of the portfolio across all areas, including commercial, soccer and operational strategy.

From a footballing perspective, the holding company leadership should be setting a strategy that is mirrored across all clubs, including style of play, philosophy, and recruitment strategy. Sophisticated data usage in recruitment, player performance and health and wellness also needs to be implemented from the holding company and executed at the club level.

Commercially, each country is different when it comes to strategy, but general best practices apply across the board and can be overseen by a savvy commercial team sitting above each club.

Ferran Soriano, the CEO of CFG, which has a network of clubs around the world, including in India

Most importantly, in my opinion, it is essential to install savvy operators at every club within a portfolio. Keeping the daily operations and management as the status quo at a soccer club is generally not a wise decision, as most clubs are operationally inefficient and tend to make poor decisions and lose money. Without a clear and concise strategy and new leadership, one or multiple clubs within a portfolio may become a drain on the entire portfolio, resulting in relegations and financial woes. Without proper structure and leadership in a multi-club ownership model, clubs will have no clear alignment which will defeat the purpose of the model to begin with.

While it may seem easy on paper to launch a multi-club ownership model or ‘replicate’ what City Football Group (CFG) is doing, in reality it is extremely difficult, and success or failure comes down entirely to proper execution.

With any investment in soccer, it’s important to have a strategy for succession planning both on and off the pitch.

With player sales and development at the center of most, if not all multi-club ownership models, it is very important that strategy be set at the top to ensure that players can be properly replaced when they move to bigger clubs and leagues within a portfolio . Oversight and timing is important, as the players need to move when they are ready and can seamlessly transition into their new club.

Off the pitch, if managers and club executives are not given an opportunity to advance their careers within a multi-club portfolio, they will ultimately be poached by other clubs and you will lose valuable talent. The exodus of talented staff, coaches and players from Brighton & Hove Albion to Chelsea right now is an example of the challenges clubs face when they have success. 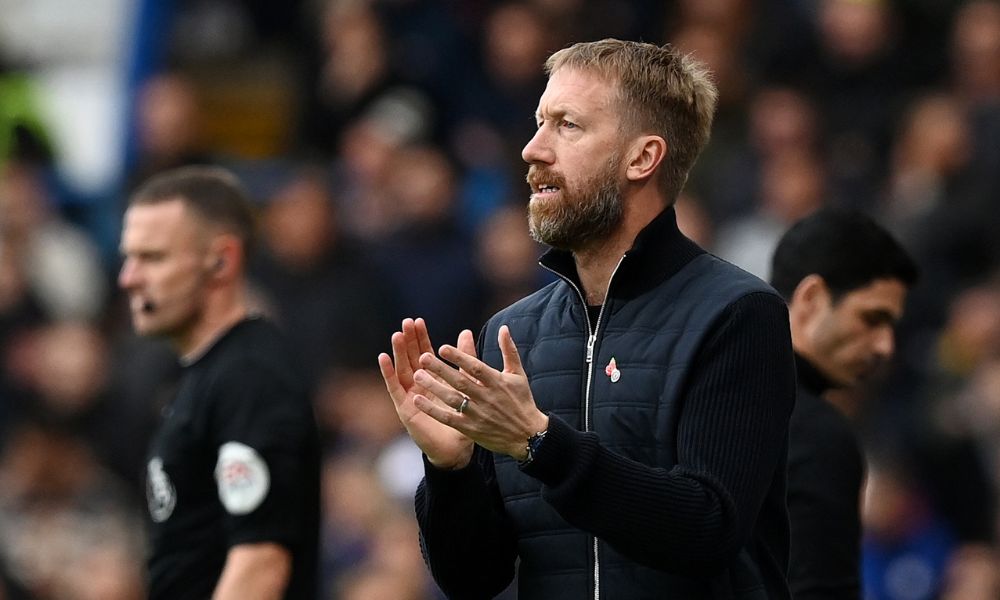 Ultimately, like any well-run business, your employees (in this case players, coaches, and executives) need to be given opportunities to advance their careers and challenge themselves at the highest levels of their craft. If executed properly, a multi-club model can help retain these talented individuals, while at the same time giving space for the next batch of young talented people to come through and eventually succeed them.

Even the most well-intentioned investors can often underestimate the challenges that come along with owning multiple clubs in various countries. From my experience, owning and operating one club efficiently is very difficult. Add three, four or five clubs to that and you have quickly become a multinational company with hundreds of employees.

What happens when your supporters, staff and sponsors start protesting the perception that their club is a ‘feeder’ for larger clubs within your portfolio? How do you manage conflicts of interest between your clubs when it comes to potential qualification for European competition?

The multi-club ownership trend is generally being driven by American investors, and the desire to replicate the minor league baseball ‘farm’ system that we see in North America. However, many of these investors underestimate the vast differences between North American sport and European sport, the former being profit-driven and the latter being more community oriented.

With that being said, multi-club ownership groups can mitigate some of these challenges by being transparent and open in communication with all the various stakeholders at their clubs. My personal experience in Denmark with our club was that a strong dialogue with everyone in and around our club was always beneficial. Even when there was negativity around a decision, people generally respected that I was open and transparent about why the decision was being made and that I was always trying to act in the best interest of the club.

For multi-club investors, communication is even more important as you’re dealing with fanbases, sponsors and supporters in various countries and jurisdictions. Taking the time and energy to have a proper communication strategy at the holding company level, implemented by strong and experienced operators at each club, is essential to long-term success for a multi-club ownership model. 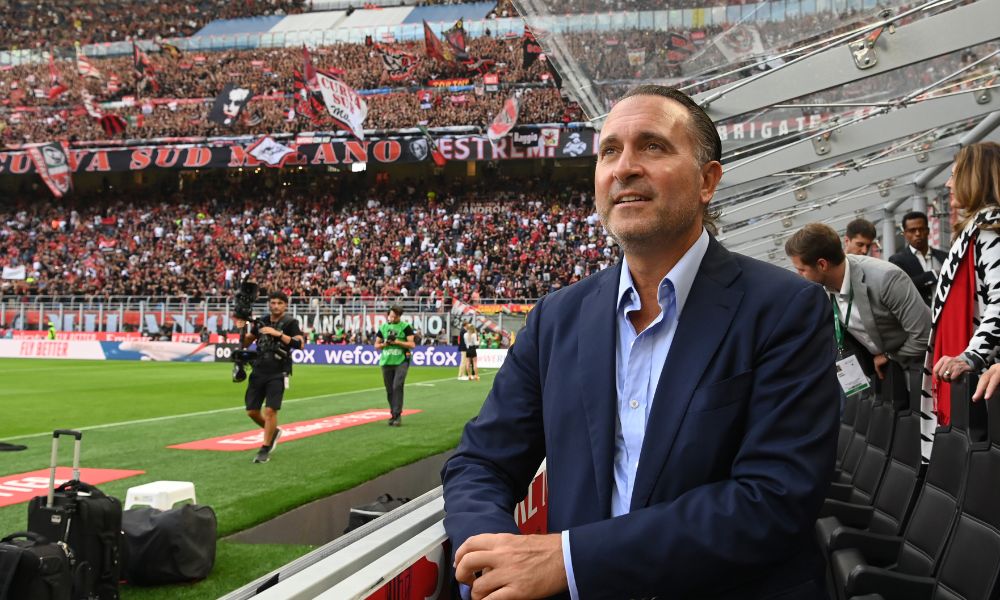 An increasing number of American investors, including Gerry Cardinale’s RedBird Capital Partners, are trying their hand at multi-club ownership

The benefits in a post-Brexit environment

The benefits of a multi-club portfolio extend across Europe for investors, but it has become even more valuable in markets such as England after Brexit. English clubs no longer have access to the free movement of players from across the European Union. Strict work permit requirements now make it increasingly difficult for foreign players to get work permits to play in the Premier League and further down the pyramid.

Leeds United have been one of the more savvy clubs when it comes to foreign recruitment over the last few years, and their focus on American talent has already been paying off for them. However, the next wave of talent may be more inclined to go towards other leagues if they cannot secure a work permit to play in the Premier League.

Paxton Aaronson, for example, was recently sold from the Philadelphia Union to Eintracht Frankfurt in Germany’s Bundesliga for US$4 million. Aaronson’s older brother Brenden is already a star for Leeds and the US men’s national team, so you’d be inclined to think Paxton is the perfect profile for Leeds. However, without a current feeder club in continental Europe under the Leeds umbrella, and without Paxton’s ability to get a UK work permit, the likelihood that he would go to Leeds or any other English club was remote.

In the future, it would be logical to assume that a smart organization like Leeds would be looking to add clubs to capitalize on undervalued foreign talent at a time when they are affordable and can be developed for long-term growth.

Despite all the challenges, I’ve been encouraged to see savvy groups take a sophisticated approach to multi-club ownership. RedBird Capital acquired a majority stake of French club Toulouse FC in 2020 and subsequently got the club promoted back to Ligue 1, implemented a data-focused recruitment strategy that was successful in the player transfer market, and brought in savvy operators to run the club’s day -to-day. After showing proof of concept in France, RedBird recently acquired Italian giants AC Milan to scale its operations and replicate its success at a larger club. I have no doubts that in the long run, RedBird will integrate the two clubs efficiently and continue to grow its global portfolio in a measured and intelligent way.

What does the future hold for multi-club ownership? There’s no doubt that we will see more and more groups adding clubs across Europe and into emerging footballing areas such as South America and Asia.

Will these groups be able to adjust to the challenges, focus on operational execution and build commercially successful businesses? Only time will tell.