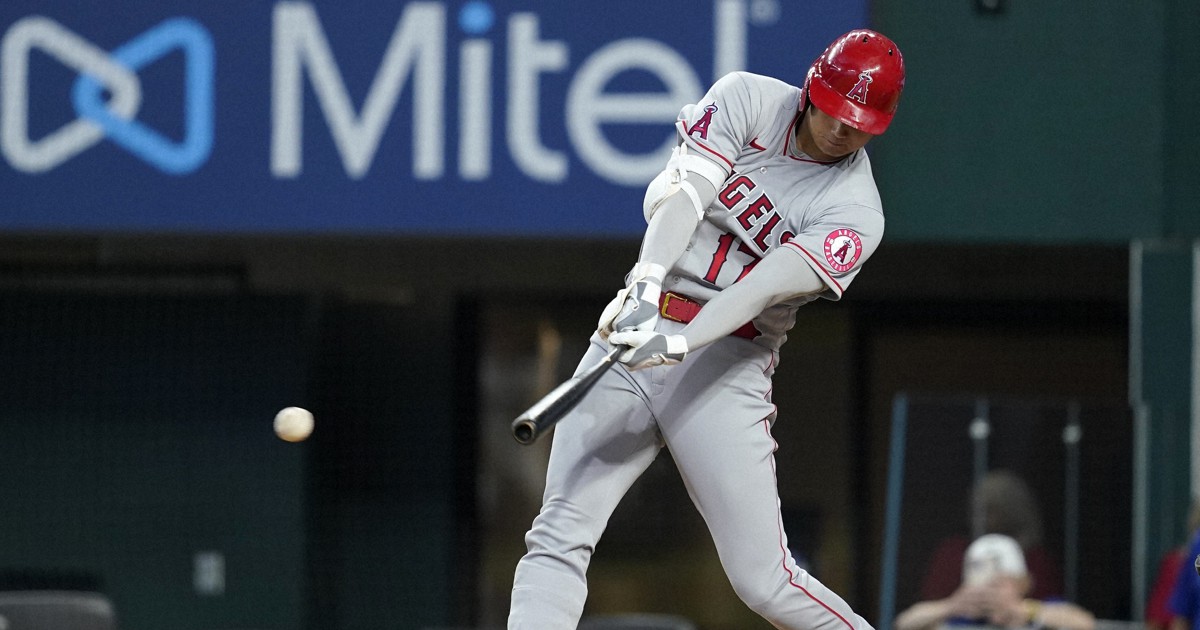 ARLINGTON, Texas (Kyodo) — Shohei Ohtani extended his hitting streak to eight games with a pinch-hit double in the Los Angeles Angels’ 5-3 loss to the Texas Rangers on Thursday.

With the Angels trailing by two runs with one out and no one on base in the ninth inning, the two-way star lined a double down the right-field line on the first pitch he saw from Jose Leclerc at Globe Life Field in Arlington, Texas.

The Rangers reliever struck out the next batters, Luis Rengifo and Mike Trout, to end the game for his seventh save.

Ohtani was out of the starting lineup a day before his scheduled pitching start against the Minnesota Twins at Target Field, where he will look for his 14th win of the season.

The Angels blew an early 3-0 lead when Aaron Loup allowed two runners he inherited from Michael Lorenzen in the sixth to score to tie the game at 3.