Messi, Argentina under pressure for Mexico game at World Cup 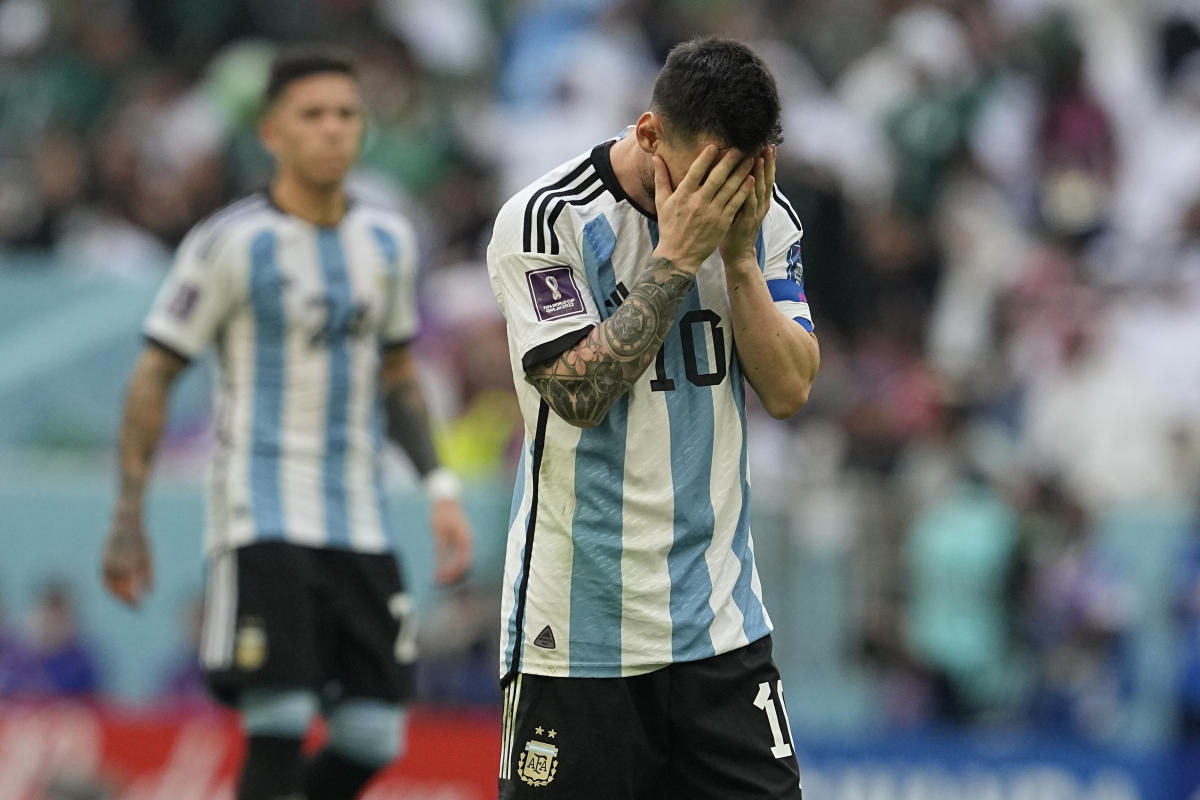 DOHA, Qatar (AP) — A chant has been doing the rounds among Saudi Arabia supporters — and even some from Brazil — in the fan parks and streets of Doha at the World Cup.

“Where is Messi? We broke his eye!” they sing in Arabic, using a slang expression meaning to bring shame on a person.

Messi and his Argentina team are being mocked after a humbling 2-1 loss to Saudi Arabia that has left their presence at the tournament in big — and completely unforeseen — danger.

Argentina needs to immediately bounce back against Mexico on Saturday, otherwise an embarrassing early exit awaits.

“We always said we were going to look to win every game,” Messi said, “and now more than ever.”

A compatriot — indeed the team’s former coach — could mastermind the fatal blow to Argentina.

Now Martino is Mexico’s coach and looking to guide the team into the last 16 — perhaps at the expense of Argentina — and beyond. After all, Mexico has famously lost its first match of the knockout stage in each of the last seven World Cups, twice to Argentina, in 2006 and 2010.

This time, the teams’ meeting comes in the group stage but it already has the feeling of a do-or-die occasion just seven days into the tournament.

“I don’t think the result they had (against Saudi Arabia) changes their way of playing,” said Martino, whose team tied its opening Group C game with Poland 1-1.

With Argentina, something has to change, that’s for sure.

This is Lionel Scaloni’s first crisis as Argentina coach — he hadn’t lost a game before the Saudis’ rally at Lusail Stadium on Tuesday — and it remains to be seen how he reacts. Will he give the same players a chance to make amends? Or did he see enough bad things in the opening group game to necessitate some changes to his lineup?

Center back Cristian Romero, full backs Nahuel Molina and Nicolás Tagliafico, and midfielders Rodrigo De Paul and Leandro Paredes seem most at risk. Of course, Messi is going nowhere from the starting lineup, even if he could be deployed differently.

“There is no other choice but to get up and move on,” Scaloni said. “We continue to think in the same way. Before the game (against Saudi Arabia), they made us favorites, but in a World Cup these things can happen. You have to work on the aspects that didn’t go well.”

Mexico has never beaten Argentina in three attempts at the World Cup, and Martino’s worst defeat as Mexico coach was at the hands of his countrymen. That was in September 2019, when Lautaro Martínez scored a hat trick in a 4-0 win.

Argentina will take a win of any kind on Saturday back at Lusail Stadium, where the World Cup final will also be played on Dec. 18. It would be foolish for either team to be looking that far ahead.

Steve Douglas is at https://twitter.com/sdouglas80