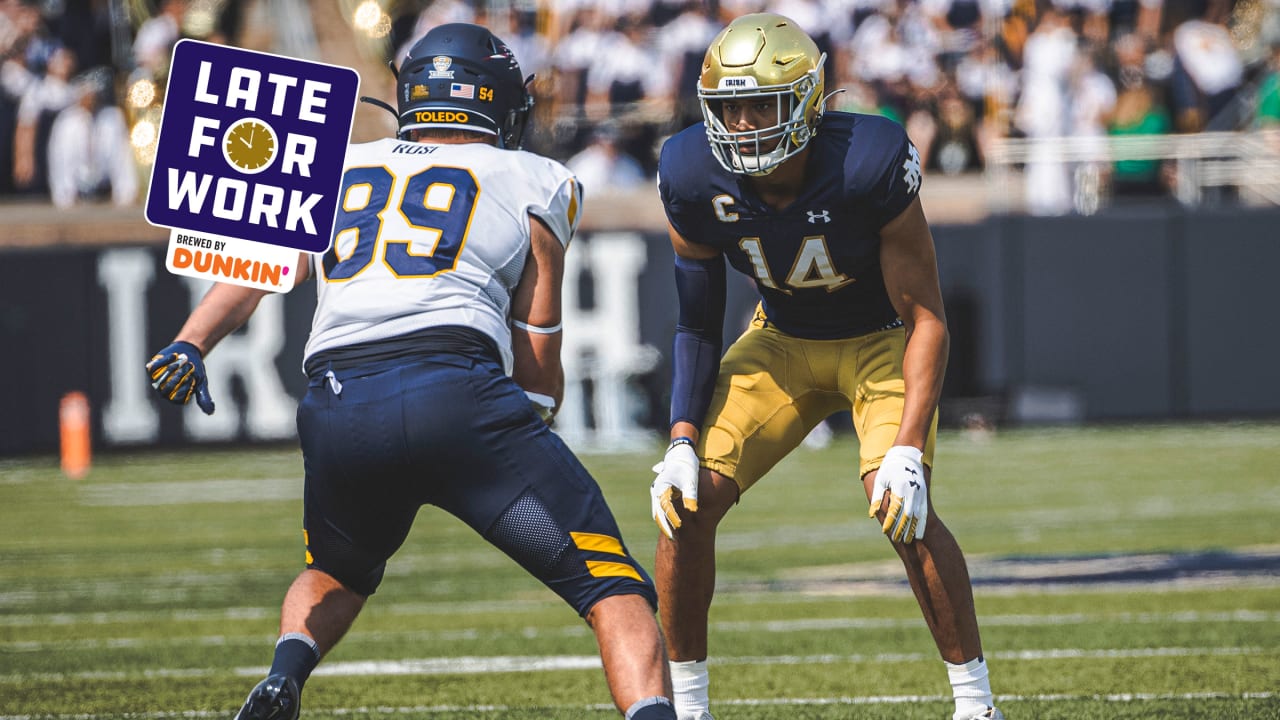 “The team got a good return for Marquise Brown by selecting center Tyler Linderbaum with the extra first-rounder, but the Ravens’ current wide receiver group – headlined by Rashod Bateman, Devin Duvernay, Tylan Wallace and James Proche – leaves a lot to be desired, “Linsey wrote. “Baltimore did add two receiving threats at tight end on Day 3 in Iowa State’s Charlie Kolar and Coastal Carolina’s Isaiah Likely, but it still looks like the Ravens are going to have to lean heavily on Mark Andrews in 2022 unless they plan to sign more help in free agency. “

Who replaces Brown, who had 91 catches for 1,008 yards and six touchdowns last season, is now the biggest offseason question for the Ravens, ESPN’s Jamison Hensley said.

“With Brown gone, none of the six wide receivers on the roster have more than 53 career catches,” Hensley wrote. “The Ravens can sign a free agent, such as Will Fuller V, who can stretch the field like Brown, or trade for one. Even if Rashod Bateman fills the No. 1 role as expected, Baltimore needs a more proven second option for Lamar Jackson on the outside. “

Fuller is an intriguing potential option. The 27-year-old has undeniable talent, but he had difficulty staying on the field. After signing a one-year, $ 10 million deal with the Miami Dolphins last season, Fuller missed 15 games due to a PED suspension, broken finger and personal issue. He has played more than 11 games just once in his six year career, and that was in his rookie season.

However, Landry turns 30 this season and is coming off his worst season statistically (52 catches, 570 yards, two touchdowns). Moreover, Landry is not the type of receiver who stretches the field.