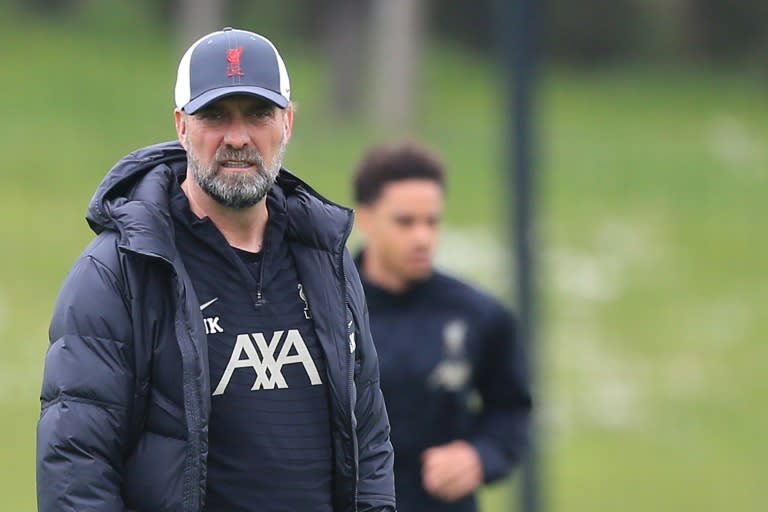 Liverpool manager Jurgen Klopp has warned his side must be “ready to suffer” against Villarreal if they are to reach the Champions League final.

The six-times champions of Europe will travel to Spain for Tuesday’s second leg of their semi-final with a healthy 2-0 lead.

Liverpool are aiming to win a remarkable quadruple of trophies in the one campaign.

“With all these things during the season, obviously with the situation we are in, we must have done something right, that is clear,” Klopp told reporters on Monday.

Liverpool have lost just three matches since the turn of the year.

German boss Klopp, however, put that run of form into context by adding: “But the problem in our job is everything’s perfect until the next game starts on the wrong foot and all of a sudden the game gets a different dynamic.

“It is good to know – and it is more a feeling inside, not that we are flying constantly and high-fiving here and there – we are in a good moment.

“But my only concern is what we do (on Tuesday) night and we have to be ready to suffer but not going 1-0 down or whatever – that can happen in football matches – but giving the game the right direction.”

Klopp explained his thinking by reference to Liverpool’s hard-fought 1-0 win away to Newcastle on Saturday that maintained their challenge for the Premier League title.

“A good example was Newcastle; the crowd was obviously very passionate but we didn’t let it happen, which was the biggest quality of this game,” he said.

“It was not a show of football brilliance or whatever … Suffering doesn’t mean you suffer for long, it means you suffer (clicks fingers) and then react.”

Klopp said the experience of fighting for several trophies at once could benefit Liverpool at El Madrigal.

“What we learned in that time was you can’t win 10 games, you can win one game and then the next one – but only if you are 100 percent focused on the first,” he recalled.

“We have to be ready to play a top game because they (Villarreal) will go for us.

“They will try to play much more football than we allowed them in the first game.”