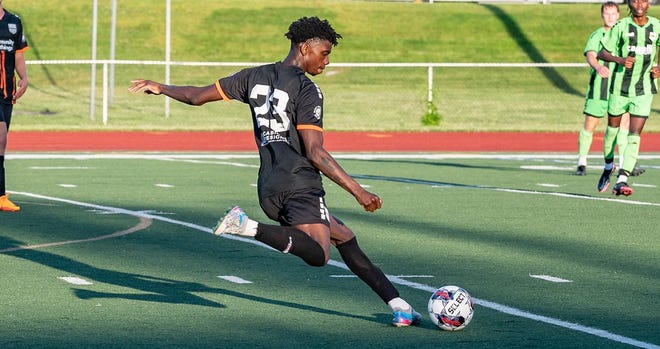 Marist College will welcome a slew of newcomers to its campus during the upcoming spring semester, but these will not be freshmen. It’s more like an exchange program.

The Kingston Stockade will make the Poughkeepsie school its temporary home next season while Dietz Stadium is being renovated, the soccer club announced Tuesday.

The semi-professional team had been in search of an area venue to host its National Premier Soccer League games in 2023 and eventually brokered a deal with Marist for the use of its facilities.

“We are thrilled to be playing at Marist College,” Stockade technical director Dan Hoffay said in a statement. “Stockade FC has been the summer home to many past and present Red Foxes, and our relationship with Marist men’s soccer head coach Matt Viggiano and his staff is extremely important to our success. We are grateful for their hospitality and are looking forward to bringing our fan base to one of the area’s premier sports venues.”

The college is an old stomping ground for some team members as six players on last year’s roster were Marist athletes. Hopewell Junction native Zach Rabadi joined the club last spring, playing for them before beginning his freshman season on the Marist men’s soccer team.

The Stockade’s schedule has not been finalized, but the team last season played an 11-game schedule that ran from late April to July with five home games.

Dietz is undergoing an $18.7-million renovation that includes the installation of new turf and a scoreboard along with the renovation of its locker rooms. The stadium has been home to the Stockade since the club’s inaugural season in 2016, and it has hosted some Kingston High School sporting events and Section 9 championships.

Tenney Stadium, located on the Marist campus, features a multi-purpose field that hosts the Red Foxes football and soccer teams in the fall and lacrosse in the spring. The venue has a 5,000-person capacity and that, Stockade administrators said, could be a boon for the Ulster County-based club.

“Our club represents the entire Hudson Valley,” Stockade coach Jamal Lis-Simmons said in a statement. “We are excited to share our incredible game day atmosphere and on-field product with a new fan base in Poughkeepsie.”

Dietz Stadium seats 2,000 and the Stockade games drew an average of about 1,000 people per game last season. As well, Dutchess County is larger and more densely populated than Ulster, so the guest stay could help the Stockade tap into a larger base of soccer fans.

“Our community in Kingston has helped us build something amazing, and we’re excited to share it with Poughkeepsie,” Stockade chairman Dennis Crowley said. “We’re expecting the energy and excitement our fans bring will help us win over new fans and expand the following of the club. We’re also excited to be able to provide sponsorship opportunities to local businesses from the Poughkeepsie area.”

Dietz is expected to be reopened before the Stockade’s 2024 season and the plan is for them to return. But their hope, of course, is that the team will have made a good enough impression to hook new fans and convince them that the 22-mile trip to Kingston is worthwhile.