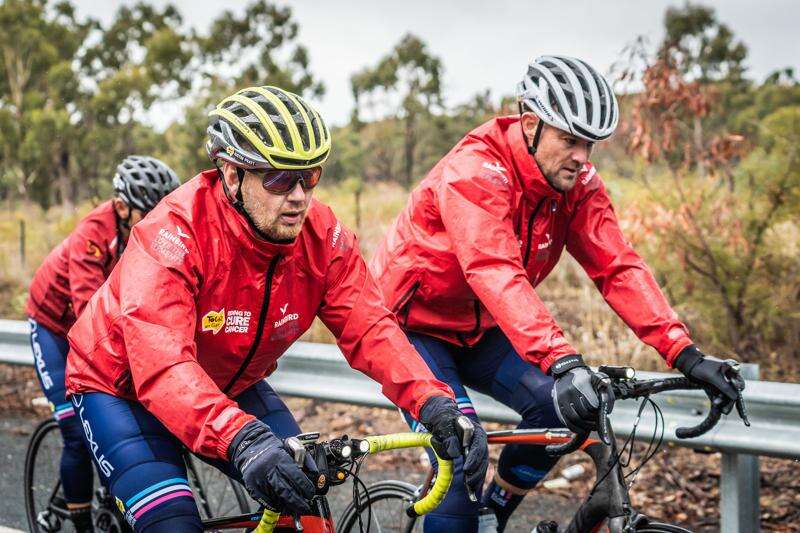 A golf day with a difference will kick off Vince Kelly’s 2023 Tour de Cure fundraising campaign this Sunday.

And Kelly said the limited number of spots for golfers are filling fast.

“We’ve capped registrations at 100, and there’s only a few spots left now.

“Anyone who wishes to play should book in using the member’s portal, or call the Deniliquin Golf Club pro-shop.

“If people can’t attend, tickets for the raffle are on sale at the Golf Club or you can donate online by going to my fundraising page (https://tourdecure.grassrootz.com/signature-tour-2023/vincent-kelly-signature-tour-2023).”

Tour de Cure is a cycling event which raises money to fund efforts to find a cure for cancer.

Kelly has participated a number of times since losing his own father to cancer.

Next year is the 10 year anniversary of that loss, which is why Kelly has signed on for the Signature Ride between Coffs Harbor and Noosa in March.

He said while an eight day, 11,000km ride will be grueling, the route holds some special meaning for him.

“Before dad passed, my brother Warrick and his wife Jean relocated to Echuca from their home near Noosa.

“Jean is a nurse and became dad’s primary carer.

“When I saw the ride ends in Noosa, I thought it would be a nice way to say thank you for the sacrifices they made for dad.”

Presenting a big challenge for Kelly on the 2023 ride is that it will come mere months after his 2022 ride.

Originally scheduled for February, the 2022 ride was postponed to this November.

The three day ride will benefit the Olivia Newton-John Cancer Wellness & Research Centre, and Kelly has raised $10,000 for this ride.

“It might be a hard target after the community has just helped me get $10,000, but it’s worth a shot.

“As always local businesses have been very supportive of the golf day.

“Many of them also support other groups and initiatives, so I am very appreciative.”

Kelly said while there are a lot of cancer charities out there doing good things, he chooses to support Tour de Cure because the funding goes directly to scientific research.

“Dad passed away three weeks after his diagnosis,” Kelly said.

“If he had a diagnosis earlier, perhaps he might have had a better chance.

“The feeling of helplessness through that time hurt, and still does.

“It made me realize that I could do more.

“Riding a bike and raising funds for cancer research, support and education programs is me doing more.”