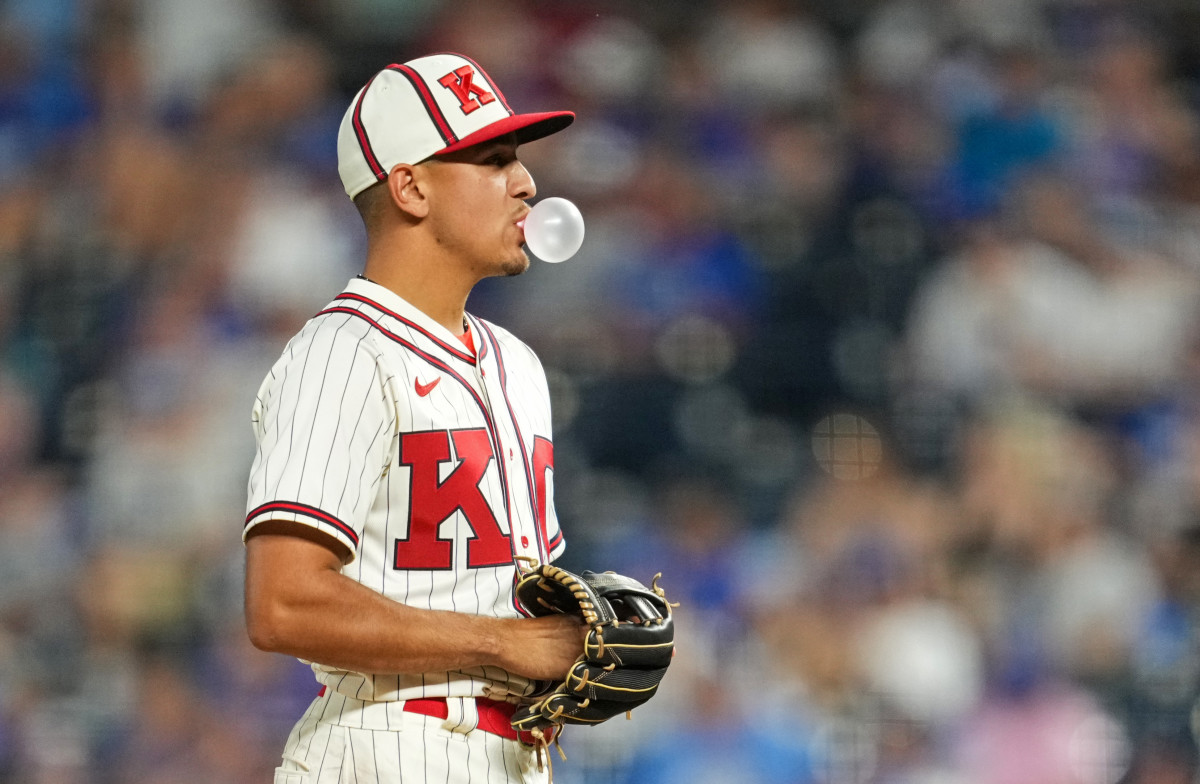 Despite being one of the best defensive players in all of baseball over the past two seasons, Kansas City Royals infielder Nicky Lopez has not experienced even as much as a nomination for a Rawlings Gold Glove Award. His continued excellence in the field didn’t go completely unnoticed in 2022, though, as a recent article lumped him in with some truly elite company.

On MLB.com, David Adler included a list of the best fielders around the diamond this past season. Statcast’s Outs Above Average (OAA) was used as the major deciding factor in choosing players, and Lopez made the cut as a utility player. Here’s what Adler wrote about the Statcast 2022 All-Defense Team member:

Baseball’s top overall fielder in 2021 as a shortstop, Lopez split his time between short and second for Kansas City in 2022 and was still excellent as a middle-infield hybrid. Lopez’s +14 OAA made him a top-10 fielder overall in MLB.

Lopez did indeed finish atop all of baseball in OAA a season ago, recording a +25 mark that ranked four outs higher than second-place Francisco Lindor. Additionally, he posted a league-leading 27.2 in FanGraphs’ Defensive Runs Above Average (DEF) and paced the field in their Fielding Runs Prevented (RAA, 18) as well. To cap everything off, he finished first in Statcast’s Runs Prevented and was 13th among all fielders in FanGraphs’ Ultimate Zone Rating (UZR).

While he wasn’t quite the same player according to metrics in 2022, Lopez remained a top defender compared to his peers. The 27-year-old had a top-10 ranking in OAA, as well as top-15 marks in DEF and Runs Prevented. That, combined with his proficiency at multiple positions, was enough to make Kansas City tender Lopez a contract in November despite having the opportunity to part ways with him and his projected $3.4 million arbitration salary for next season.

With Bobby Witt Jr. having struggled at shortstop as a rookie, the Royals liked to go to Lopez as needed to fill in at short. Given Adalberto Mondesi’s durability concerns and the jury still being out on players such as Michael Massey and Maikel Garcia, it reasons to assume that Lopez will continue to get middle infield reps in 2023. Although he slashed just .227/.281/.273 with a 57 wRC+ in his fourth season, Lopez played in 142 games and logged over 1,119 innings between third base, shortstop and second base. He was also Kansas City’s nominee for the 2022 Roberto Clemente Award.