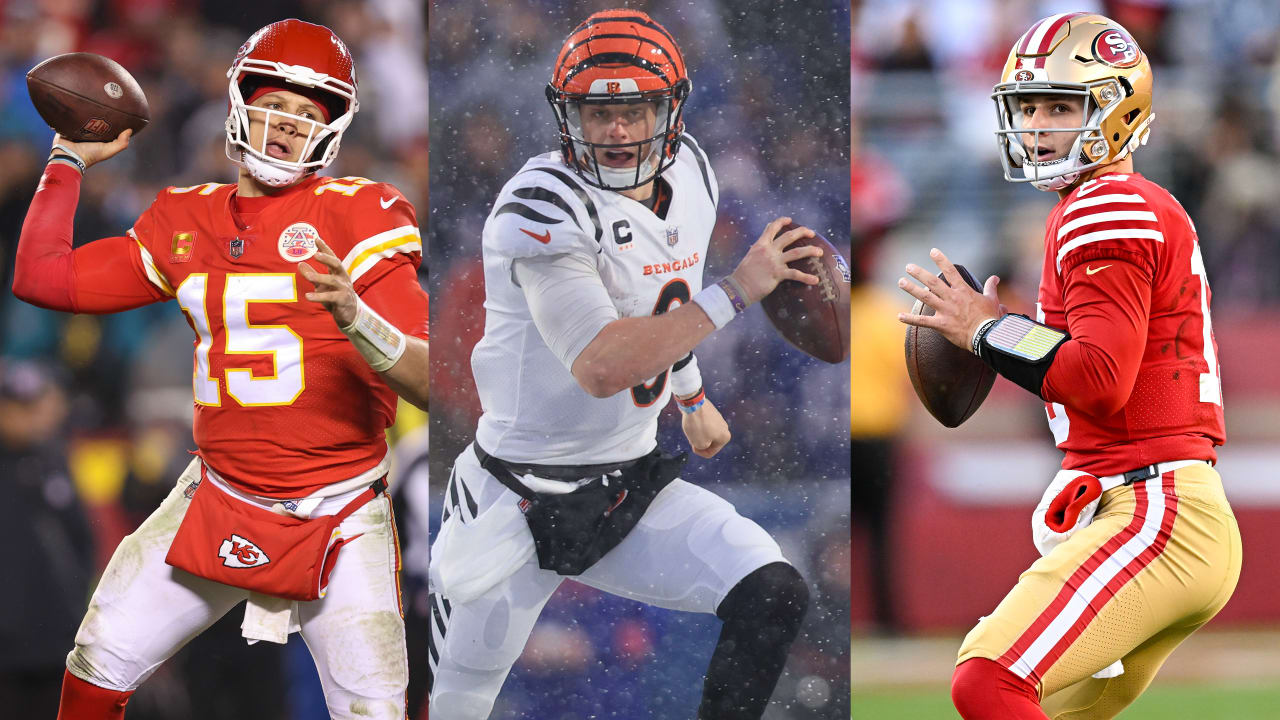 Coach Kyle Shanahan and the 49ers’ win over the Cowboys was their 12th straight, the franchise’s longest since it won the final nine games of the 1984 regular season before winning three playoff games including Super Bowl XIX over the Dolphins. It’s the team’s second straight conference championship appearance, and the team’s 18th overall, the most by any team since the conference was created in 1970.

Brock Purdy will be the fifth rookie quarterback to start a conference championship, joining Mark Sanchez, Joe Flacco, Ben Roethlisberger, and Shaun King. None of those four made it to the Super Bowl. However, Purdy leads the NFL in quarterback wins (7), pass yards per attempt (9.0) and passer rating (116.0), while ranking second in pass touchdowns (14), since becoming the starter in Week 14. Christian McCaffrey’s streak of eight straight games with a touchdown is the longest by a 49ers player since Hall of Famer Terrell Owens did so in nine straight in 1998.

As for the Cowboys, Dak Prescott threw two interceptions to add to his NFL-high 17 this season (tied with Josh Allen, both were eliminated in the Divisional Round). Prescott is now 0-3 in the Divisional Round, while the Cowboys are 0-7 in the round since winning Super Bowl XXX in 1995. It is the worst record in the NFL over that span. Kicker Brett Maher missed five extra points in the 2022 playoffs, the most in a single postseason and the second-most in a playoff career. Only Roy Gerela, who missed six in 15 career playoff games, has ever missed more. Maher played his fourth career playoff game Sunday.