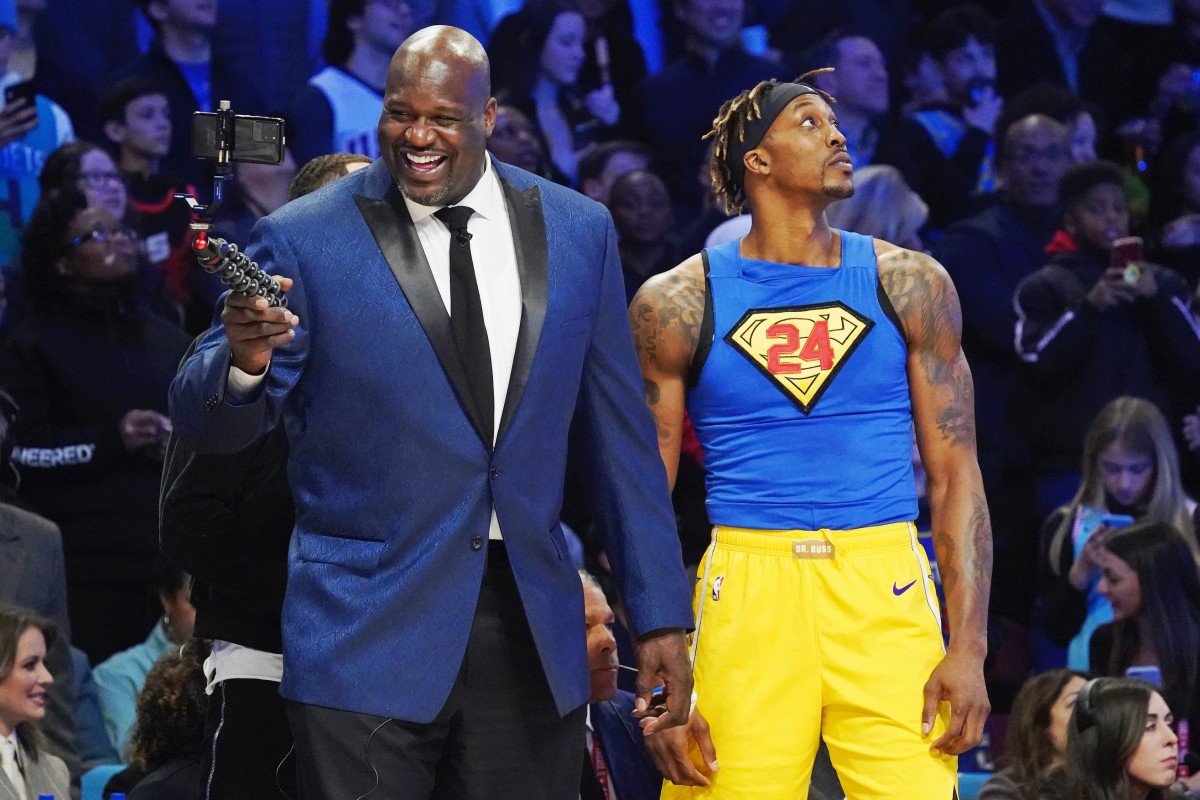 Shaquille O’Neal is mostly known for his feud with former teammate Kobe Bryant.

It lasted during their tenure with the Los Angeles Lakers but cooled once they went their separate ways. Which brings us to Dwight Howard.

Although they were never teammates, O’Neal has a long history of criticizing Howard. The latest happened when O’Neal downplayed Howard’s 38 points, 25 rebounds and nine assists in a Taiwan professional basketball game.

On his podcast, O’Neal said the performance was no big deal.

“He’s supposed to have 30 points playing against dudes 5’8”, Shaquille O’Neal said regarding Dwight Howard’s numbers in Taiwan. “… This league reminds me of the Life Time Fitness league every Saturday when I go to work out on Saturday.”

The two big men have been beefing since Howard claimed the nickname “Superman,” a label O’Neal used for himself beforehand. With the history, Howard had no choice but to respond.

“Stop hating basketball in Taiwan,” Howard said in an Instagram live video. “And I’m playing at the Lifetime Fitness League. Do not disrespect my teammates and this league and these people in Taiwan like that. That is highly disrespectful and that is hating and you’re too old to be hating. You’re too big to be hating. You’re supposed to be Superman, the original Superman, Shaquille O’Neal. The original Superman is hating? The OG Superman is hating?”

O’Neal, who helped lead the Miami Heat to their first championship in 2006, has had many rivals over the years. They include Bryant, retired Heat center Alonzo Mourning and there was speculation that he had some issues with Dwyane Wade.

But it seems Howard is O’Neal’s biggest beef.

.Caleb Martin is improving as a 3-point shooter. CLICK HERE

For a look at some of the latest Heat apparel. CLICK HERE

Shandel Richardson covers the Miami Heat for Inside The Heat.

For any Heat or NBA questions, please email [email protected]