In the wake of the Udoka affair, NBA coverage is in need of an overhaul 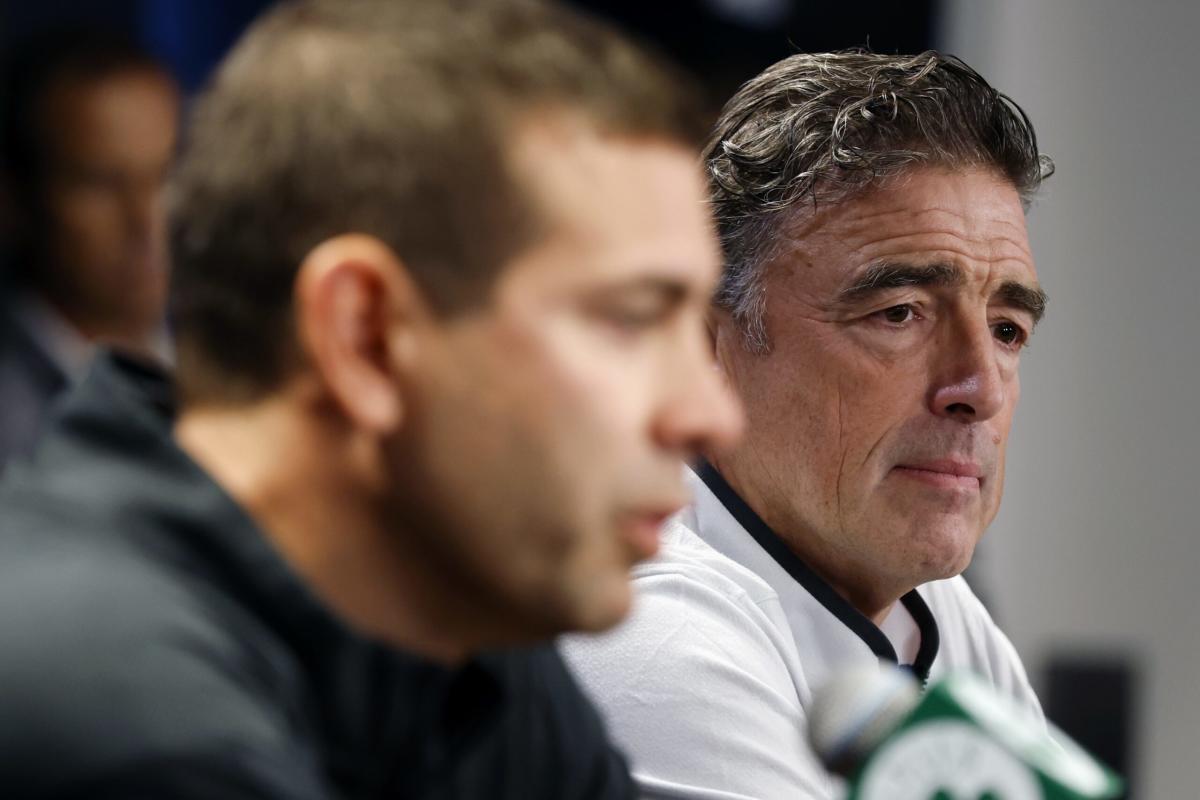 The NBA and the media that covers it rose to the position of prominence they now enjoy as a truly global sport because of their ability to engage fans with compelling narratives that extend far beyond basketball courts.

But both have sometimes handled those narratives in problematic ways that have caused damage to innocent bystanders, and the scandal surrounding Ime Udoka and the Boston Celtics has been emblematic of that unfortunate tendency. To be clear, the league and its media have been outstanding in their coverage of game-oriented and transactional aspects of the NBA.

But sensitive topics handled by a media culture that values ​​immediacy over caution has left outlets ill-prepared to cover fraught topics in ways that made a bad situation far worse in the case of the Celtics.

To elaborate, the situation in Boston saw renowned news breakers release stories sparse ten detail that their own later reporting would seem to contradict, encouraging speculation on the part of the public.

Fans wanted to know (but were not told) details like internal policies or unresolved concerns that could have added meaningful context even if explicit details could (and quite possibly should) not be released.

In the interest of being the first to publish, hints of problematic behavior were downplayed and even negated through the use of language like “consensual” to describe a/n incident/s that at least one of the involved persons was no longer comfortable with.

A fact still not fully addressed by the media, even in light of slight deviations from the damage control notes lead Governor Wyc Grousbeck leaned on in a press conference not held for nearly 36 hours after the first reports began to leak.

Deviations that revealed a “volume of violations,” and now further inquiry on the scope and seriousness of those violations and the culture they occurred in will be infinitely harder to accomplish, if not impossible.

Despite this, the Celtics have perhaps taken an unfair share of the blame which arose from the news media treating complicated social issues involving people’s lives and careers as if they were a blockbuster trade.

Such treatment gave birth to a toxic stew of internet sleuthing while layperson fans tried to fill in the blanks that the reporting media and organization should have done in the first place.

Employees and team-adjacent persons had their reputations held up to a spotlight with a digital scarlet letter being attached to their hard-fought careers in the industry through no fault of their own.

These events contrast significantly with the handling of the Robert Sarver scandal reaching a seeming conclusion just days before.

In that complex, fraught story, ESPN’s Baxter Holmes put in years worth of reporting — reporting that was scooped with few remembering the scooper — that did not lead to the same kind of speculative behavior from fans.

A more comprehensive and cautious approach helped protect the aggrieved parties, helping to create a more nuanced narrative that then allowed the league and the media to push for needed change.

This was the focus of the “Ringer NBA” podcast on Thursday, with hosts Rob Mahoney and Logan Murdock discussing how a media infrastructure geared towards game scores and trade rumors created such a situation.

“A vague report comes out that Ime Udoka might get suspended for the season,” said Murdock. “And then we find out he is having a “consensual” affair.”

Noting how he wanted to discuss how the proverbial sausages are made when it comes to reporting, he relates that “where this seemed like the tip that you normally get for a story that’s going to come out six months from now.”

Why is that important? Many have noted that someone might have leaked the story elsewhere, and that may be true, but it doesn’t change the ethics of the situation, nor does it excuse the very media infrastructure from criticism of the fallout it creates.

Mass media more generally is dealing with a crisis of representation as it attempts to treat ethically charged topics without bias, often portraying even the most problematic perspectives and deeds neutrally in ways that actively make life more precarious for vulnerable parties.

At the same time, niche journalism treating equally ethically charged subjects similar to stories about player free agency is creating similarly problematic situations such as we witnessed in the case of the Udoka scandal.

Murdock, noting how, contrasted with the Holmes story about Sarver that took “months, even years” to come out, related how the Udoka situation “seemed like something that is going to play out publicly when it didn’t necessarily have to because of outside factors.”

“My phone was blowing up with people just wondering what … is going on,” Mahoney offered, “just trying to connect dots trying to understand what this could possibly mean.”

“The word consensual was a trending topic on Twitter today. And that was about as thoughtful and nuanced a conversation as you would expect Twitter to have,” he added.

“Maybe you should wait if you have the bones of the story and you’re not prepared or comfortable or nailed down on what happened.”

“This is just a manifestation of years and years of the culture of being first,” said Murdock. “The culture that we have a little nugget of information that we think is big and it’s going to be a splash on Twitter or on the headlines.”

“What we need to do is report that and then we’ll go from there, which leads to the rise of news breakers, which works when it’s a transaction. It works when you’re just straight into a trade as it happens… It’s just a trade or that’s just a transaction… But when it comes to something as nuanced as (the Udoka scandal). I think we are getting a lesson that … we should wait and see all the ramifications.”

Here, it’s important to note that this does not excuse the reprehensible behavior on social media that arose in part due to this style of reporting, nor does it in any way remove the blame from Udoka or even the Celtics.

The Celtics and their apologists fairly noted that the team can’t control social media, but that has never been within the reach of public relations any more than it is available to the media.

Both, however, have an ethical responsibility in helping to shape those narratives.

Providing context so laypersons can understand the importance of political violations and power dynamics would not have stopped speculation, but with the right care could have helped limit them as we have seen in the Sarver case.

Acting as if journalism removes profit and prestige motives at the heart of what went wrong in the case of the Udoka affair because the journalist aspires to be ostensibly objective should be scrutinized.

“We’re putting people’s lives at stake,” observed Murdock. “We, as journalists, have to be responsible in that.”