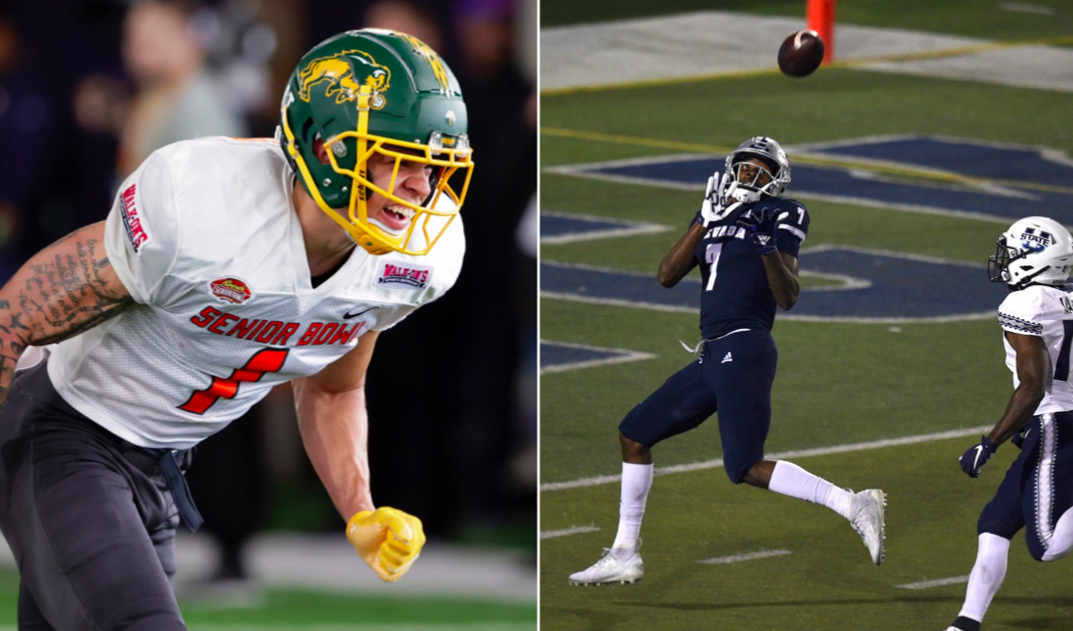 “Certainly, if you look at our roster right now, we definitely need to get some speed in that room,” LaFleur said. “We need a legit guy that can take off the top of the coverage. We lost a guy that was pretty good at doing that. ”

Mission accomplished. And we’re talking about play speed, not just 40-yard dash times, although they aren’t measurably slow, either. According to Jim Nagy, the Senior Bowl director, Doubs was clocked at 21.25 miles per hour during practices, while Watson was clocked at 20.71. Both times were among the five best. Watson was also clocked as the fastest on-field player during the actual game.

“I think all those guys can run,” LaFleur said. “Sometimes the 40 can be overvalued, you look at the playspeed on tape… I think the play speed of all those guys is pretty good.”

The Packers moved up in the second round to get Watson, who ran the 40-yard dash in 4.36 seconds at 6-4 and 208 pounds. He can fly. So can Doubs, who did not perform at the combine but tested in the 4.47-4.50 range at his individual pro day last month. The Packers took him in the fourth round.

The speed translated into big-play production, which is what the Packers are hoping Watson and Doubs can provide at the next level. Watson averaged over 20 yards per catch for his career. In 2021, he caught eight passes thrown over 20 yards, with deep passes accounting for 395 of his 801 receiving yards, per PFF. He’ll be an immediate deep threat.

“He’s a big, fast, physical receiver,” Gutekunst said. “His athletic traits are off the charts.”

“He’s big, and he’s fast,” Packers director of football operations Milt Hendrickson said. “As fast as he is, his length, his stride, any type of vertical routes, it’s exponential what he can ultimately do for an offense.”

Do not discount Doubs, who caught 12 deep passes for 444 yards last season. Every Carson Strong highlight is also a highlight of Doubs getting behind the coverage for an easy throw and catch. He’s an instant accelerator and long-strider who can win at the line of scrimmage, stack cornerbacks mid-route and separate late down the field.

“We liked his play speed,” Packers director of player personnel Jon-Eric Sullivan said. “We thought he played fast on tape.”

Speed ​​remains an important aspect of the LaFleur offense. Valdes-Scantling should get the assist for many easy throws and completions over the last few seasons because his speed threatened secondaries and forced help to stay over the top. And when the right opportunities arose, he used his 4.3 speed to cook coverages with explosive plays down the field.

In time, Watson and Doubs should provide a similar threat. Watson, with his length and elite straight-line speed, could fill the role right away. Doubs is going to surprise people in the league with the way he can run. And do not forget about seventh-round pick Samori Toure, who created a ton of big plays as a vertical threat at Montana and then led the Big Ten in yards per catch in 2021. He might be the slowest of the receiver trio, but he still runs really well and is a natural catcher of football deep down the field.

“I think we added some competition (at receiver), I think that was really important,” Gutekunst said. “I think we accomplished that.”