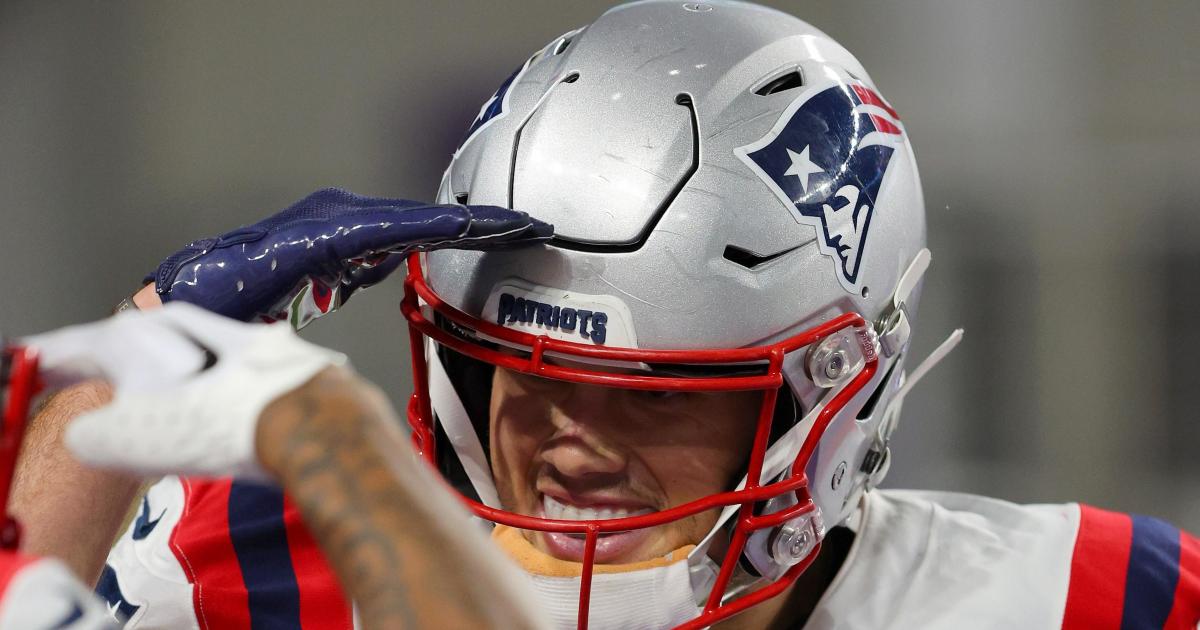 BOSTON — There’s a reason that people commonly say that “nobody knows what a catch is in the NFL.” The primary reason for that is the NFL itself.

Case and point: The NFL’s explanation for the overturning of what looked like a Hunter Henry touchdown for the Patriots on Thanksgiving night in Minnesota.

After a very long review process, the NFL league office determined that Henry’s touchdown catch would be overturned. The Patriots had to settle for a field goal instead, taking a 26-23 lead. After the game — which the Patriots lost, 33-26 — VP of officiating Walt Anderson did his best to explain why the touchdown was overturned. In doing so, he cited a rule that does not exist.

Here’s the issue with that: It’s not the rule.

The Boston Globe news article on the rule change said, “In other words, you can scrap the term ‘surviving the ground’ from your football lexicon.”

On NFL.com, in the story about NFL owners unanimously approving the new catch rule in 2018, the story says this: “The key change to the rule eliminated the ‘going-to-the-ground’ element of the previous rule.”

Here is the rule, as written:

A forward pass is completed (by the offense) or intercepted (by the defense) in the field of play, at the sideline, or in the end zone if a player, who is inbounds:

(a) secures control of the ball in his hands or arms prior to the ball touching the ground, and
(b) touches the ground inbounds with both feet or with any part of his body other than his hands, and
(c) after (a) and (b) have been fulfilled, performs any act common to the game (eg, tuck the ball away, extend it forward, take an additional step, turn upfield, or avoid or ward off an opponent) , or he maintains control of the ball long enough to do so.

The rule book adds that “movement of the ball does not automatically result in loss of control.”

Nowhere in the rulebook is there any mention of surviving the ground. Nowhere does the rulebook state that a player must maintain possession through the ground if he has satisfied the three elements of a catch.

(Considering Anderson out-and-out lied (about why a Bengals touchdown was not taken off the board in last year’s playoff, nothing about this is surprising.)

… that technically should not have been a factor in the ruling.

Parts A and B of the catch requirements were clearly met, as Henry secured control of the ball before his left foot and left knee hit the ground. In the process of coming down, Henry reaches his arms out to cross the ball over the goal line, thereby satisfying requirement C.

In another twist, the NFL rulebook states this: “An on-field ruling will be changed only when the Senior Vice President of Officiating or his or her designee determines that clear and obvious visual evidence warrants a change.” It then adds this: “A decision must be made within 60 seconds from when the video is shared with the Referee on the field.” Referee Alex Kemp spent an entire commercial break looking at the tablet on the sideline, and he remained there for 75 seconds after the game returned from commercial break. The 60-second rule seems to exist to ensure that the “clear and obvious” rule is maintained, but that mechanism was not followed in this instance.

Complicating matters is the fact that the broadcast — aka the manner in which 99.9 percent of viewers take in the game as it’s being played — NBC rules analyst Terry McAulay also referred to “surviving the ground.”

Play-by-play announcer Mike Tirico then noted that Henry did not survive the ground, and analyst Tony Dungy then said that Henry cost himself the reception by reaching for the goal line, when in fact it was that move “common to the game”. that theoretically should have made it a catch.

How the overturn impacted the game is up to the viewer’s imagination on how things would have played out if the Patriots had taken a 30-23 lead instead of a 26-23 lead. Nothing can be said definitively — much like the topic of controversial and confusing rulings on what is and what is not a catch in the NFL.

Just four years ago, the NFL eliminated the “surviving the ground” element of the catch rule in rather famous fashion. It was a removal that was celebrated around the league, as many people watching Jesse James make that play against the Patriots believed that such a play should have resulted in a touchdown. Yet in a national spotlight, a non-identical but very similar took place. And the VP of officiating cited a rule that no longer exists when explaining the overturning of a touchdown.

That cost the Patriots a bit on Thursday. But in the bigger picture, it’s going to make it even more confusing to figure out what is and what is not a catch in the NFL.

Same as it ever was.

You can email Michael Hurley or find him on Twitter @michaelFhurley.