The Houston Astros are reportedly one of the teams in hot pursuit of one of the most intriguing players on this winter’s MLB free agent market.

This offseason will be interesting for the Astros. While organizations like the New York Yankees, San Diego Padres, and New York Mets look for ways to improve their roster and get to the World Series in 2023, Houston achieved their ultimate goal earlier this month.

The Houston Astros won this year’s World Series and are still celebrating bringing the franchise their second championship in five years. However, the perennial playoff team has no intention of resting on its successful laurels and has already been linked to a couple of notable talents in MLB free agency.

When the market opened, the Astros were reportedly interested in the top catcher this winter Willson Contreras. Then a week later, reports surfaced the organization could be looking to add a thumper to the order and Jose Abreu was another target. However, the outfield may be another area they see as a place to improve for next season.

One player that is garnering serious interest around the league is brand-new free agent Cody Bellinger. The 27-year-old was cut loose by the Los Angeles Dodgers last week after consecutive down seasons, following two All-Star game appearances and a National League MVP award during his first three years on the team.

Well, on Thursday, New York Post MLB insider Jon Heyman reported that the Houston Astros are one of 11 teams in pursuit of Bellinger. Heyman added that the outfielder is looking for a one-year deal so he can return to MLB free agency with an increased value next winter. Which could be a very beneficial short-term arrangement for the defending champions. 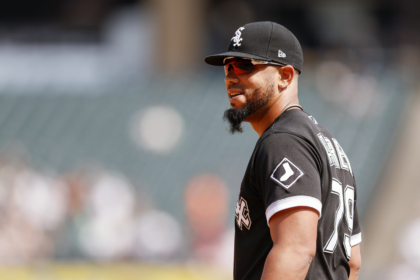 The move makes sense for Houston since outside of Kyle Tucker their outfield is not as star-studded as their infield. The 2019 Gold Glove winner would certainly be a high-upside addition to an already strong lineup if the team can get Cody Bellinger back to the heights he displayed from 2017 to 2019.