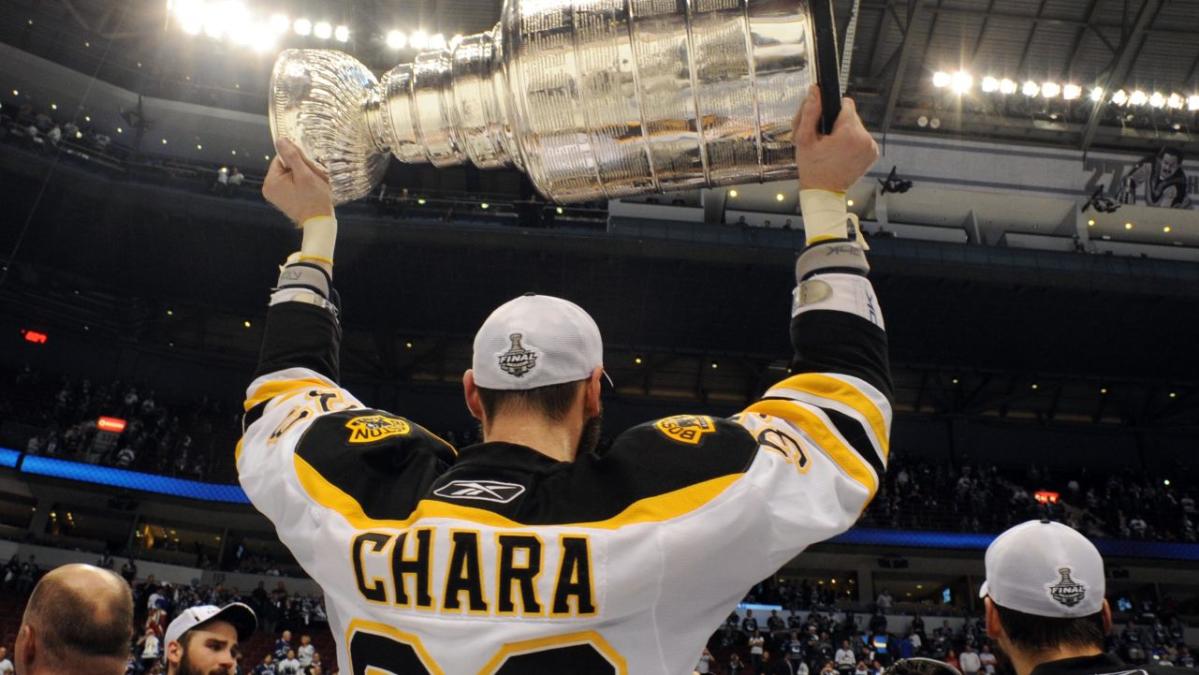 Few players in the history of the Boston Bruins have accomplished more than Zdeno Chara.

The legendary defenseman officially announced his retirement from the NHL on Tuesday after signing a one-day contract with the Original Six franchise.

Chara played 24 seasons, including 14 with the Bruins from 2006-07 through 2019-20. He ranks among the best defensemen and most respected players of his era. Chara was also the Bruins’ captain for all 14 of his years in Boston.

Here’s a list of Chara’s most notable accomplishments as an NHL player.

Here are some of the best moments from Chara’s Bruins career:

–Chara lifted the Stanley Cup higher than any other player in league history in 2011.

–The ovation Chara received prior to Game 5 of the 2019 Stanley Cup Final is arguably the loudest in the history of TD Garden. The B’s captain broke his jaw in the previous game but played the rest of the series.

–Chara won the Hardest Shot Competition and set the record at 108.8 mph during the 2012 NHL All-Star festivities. The record was later broken by Martin Frk at the 2020 AHL All-Star events.

–Who says Chara doesn’t have any offensive skill? This is probably the most impressive goal of his career.

–Chara scored a hat trick against the Carolina Hurricanes in January of the team’s Cup-winning season of 2011.

–Chara was on the ice for all three of the Bruins’ third-period goals, plus the overtime winner in Game 7 of their epic comeback versus the Toronto Maple Leafs in 2013. He provided a goalie screen on the tying goal by Patrice Bergeron. that forced OT.