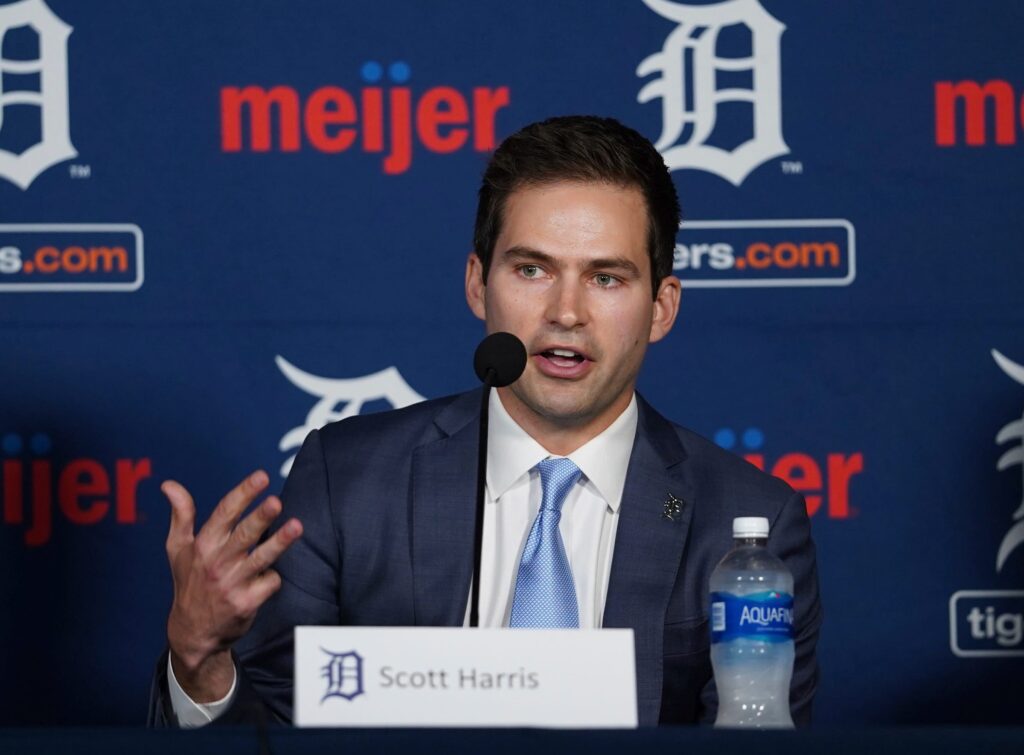 The Tigers made their most important front office hire of the offseason yesterday, tabbing former Giants general manager Scott Harris as president of baseball operations. At a press conference this afternoon, Harris informed reporters (including Tony Paul of the Detroit News and Evan Petzold of the Detroit Free-Press) he’ll look for a new GM who can serve as his top lieutenant in baseball ops.

“These jobs are increasingly large and complicatedHarris said. “Every single year they get more complex. Having another bright and talented person to partner with in these jobs is critically important. I think it gives you an edge, bringing more talented people to this front office and empowering them to make decisions that ultimately can put out a better team on the field. That’s what we’re trying to do, and I think a GM is going to be a big part of that.“

Harris himself had served in that role for the last three years, working as San Francisco’s GM under president of baseball operations Farhan Zaidi. The Tigers gave him both an elevated title — a common occurrence for front office hirings, since teams often deny employees’ attempts to interview for lateral positions — and the opportunity to lead an organization for the first time. He’ll now search for a person to work in the point role he occupied for Zaidi the past few seasons in the Bay Area.

Last summer, former GM Al Avila promoted both Sam Menzin and Jay Sartori to assistant general manager. That makes both potential candidates for a bump to GM if the club stays internal. Menzin, it’s worth noting, led day-to-day baseball ops on an interim basis for the roughly five weeks between Avila’s dismissal and Harris’ hiring. While Harris did not mention either by name, he noted that internal executives would be under consideration if they fit the criteria he desires. Petzold speculates that Diamondbacks special assistant Jason McLeod could also garner a look, no surprise considering McLeod worked alongside Harris in the Cubs front office before the latter made the jump to San Francisco.

There’s no specific timeline for the GM hire, but Detroit’s front office heavy lifting is not finished. Harris will have final decision-making authority regardless of who is eventually tabbed. One of his key early calls will be settling upon a second-in-command.