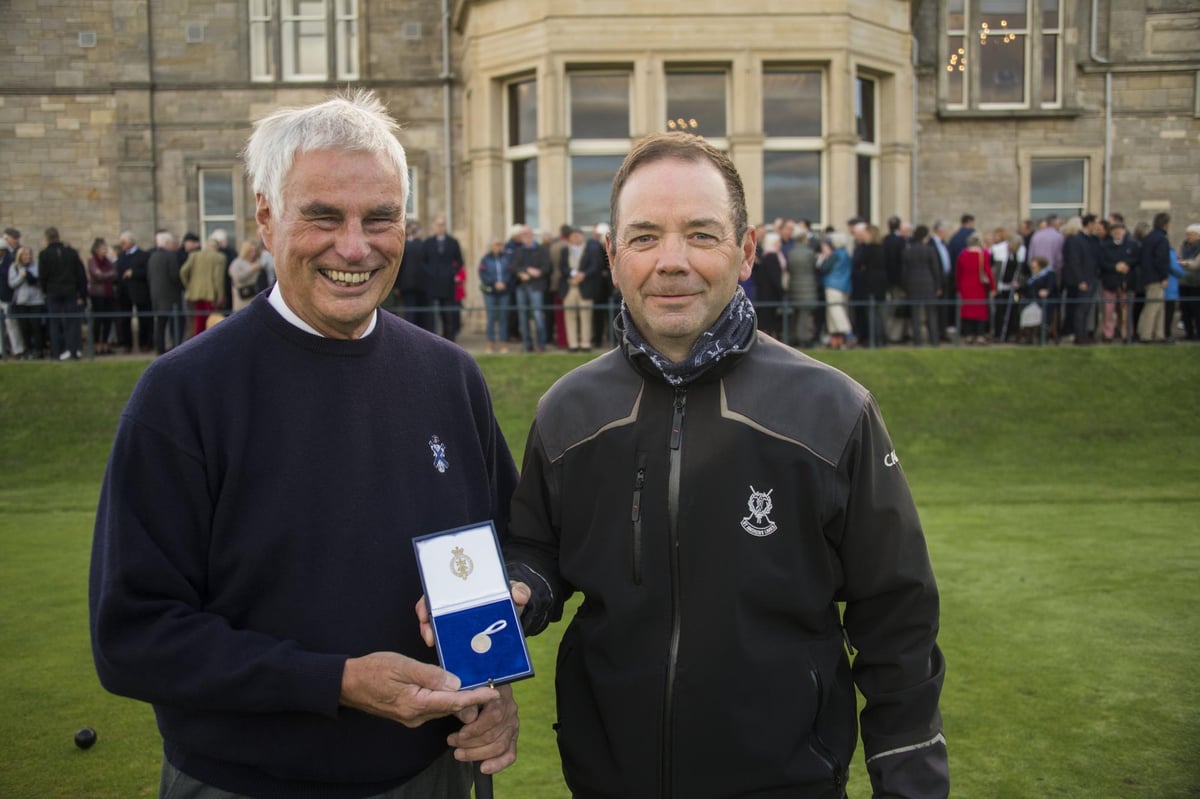 Clive Brown, the new Captain of The Royal and Ancient Golf of St Andrews, presents a Gold Sovereign to caddy Martin O’Brien.

The 70-year-old took up the post at the traditional driving-in ceremony on the first tee of the Old Course at St Andrews by hitting a drive at precisely 8am as a cannon fired alongside the tee.

“I was really nervous so I’m absolutely elated that the ball got in the air and it went a reasonable distance,” said Brown, who will serve in an ambassadorial role for The R&A.

“The captaincy of The Royal and Ancient Golf Club is a historic role and it’s an honor and great thrill for me to represent this very special institution both at home and overseas.”

Brown won the Welsh Amateur Championship in 1971 and made 65 appearances for his country. He also represented GB&I at youth level in the EGA Trophy in 1972.

He then became a successful captain, notably in the 1995 match at Royal Porthcawl, where a GB&I side that included Barclay Howard, Stephen Gallacher and Gordon Sherry beat an American side led by Woods.

He became a member of The Royal and Ancient Golf Club of St Andrews in 1995 and has served on a number of committees, including Chairman of the Championship Committee in 2017 and the Open Championships Committee from 2018-19.

He is also currently a member of Penmaenmawr Golf Club, the Narwhals, Aberconwy Past Captains and Seniors golf societies.

Martin O’Brien, who has caddied at St Andrews Links since 2019, successfully returned the ball to Brown after the driving-in ceremony. “I’ve attended the drive-in since 2019 and this is the first time I’ve collected the ball,” he said, beaming.