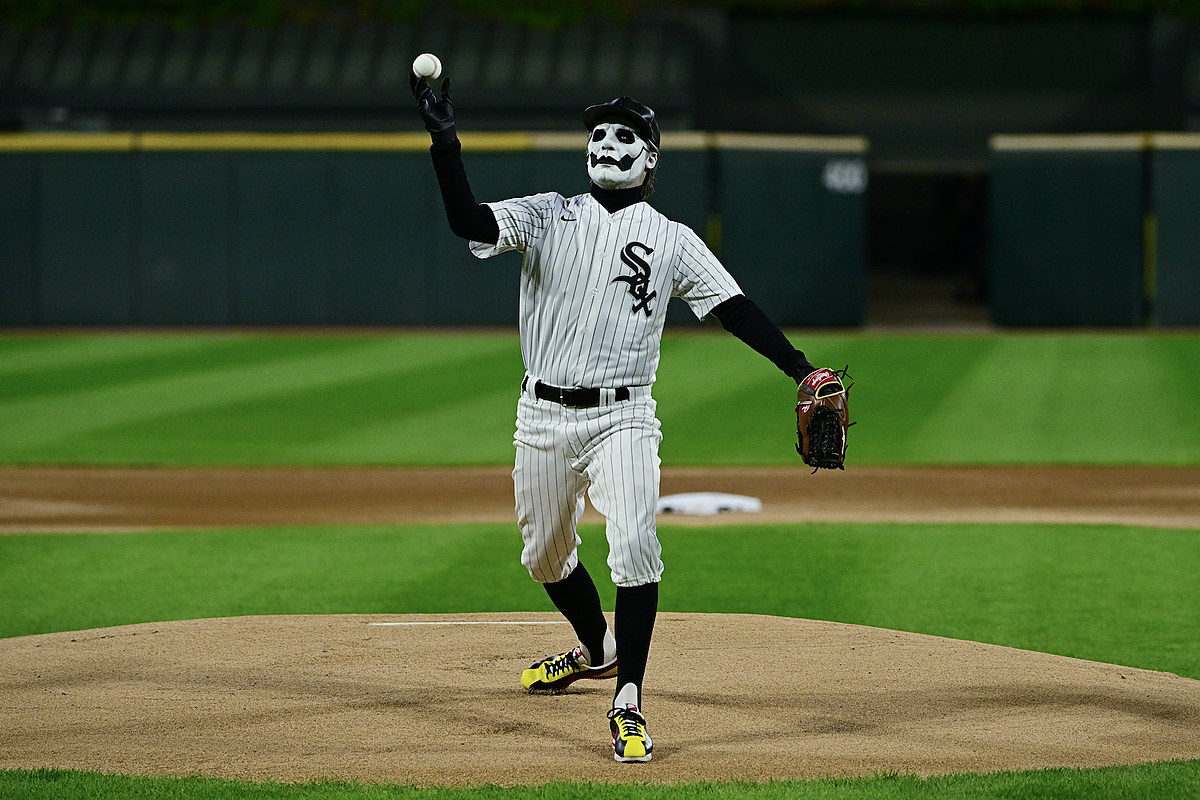 Ghost got into America’s pastime on Thursday (Sept. 22) when the theatrical heavy rock band’s leader, Papa Emeritus IV, threw out the first pitch at a Chicago White Sox game.

Baseball fans on hand subsequently shared videos of the foreboding Ghost singer, whose real name is Tobias Forge, lobbing the ceremonial toss before the White Sox played the Cleveland Guardians at Guaranteed Rate Field in Chicago, the Sox’s home stadium. It was certainly unusual to see the heavily made-up Forge in a baseball uniform, uniting the guise of heavy metal with the popular sport.

The Guardians ultimately beat the White Sox on Thursday with a final score of 4–2. The Guardians, who were called the Cleveland Indians until a name change this season, now have a seven-game lead over the Chicago team in Major League Baseball’s American League Central.

In March, Ghost released their fifth studio album, EMPIRE. It features singles such as “Twenties,” “Call Me Little Sunshine” and “Hunter’s Moon.” Apart from Forge, the masked musicians in Ghost comprise a rotating “Group of Nameless Ghouls” whose real identities are minimized in the context of the band.

On Friday (Sept. 23), Ghost will wrap up their North American “IMPERATOUR” in Green Bay, Wisconsin, with support from the metal bands Mastodon and Spiritbox. The tour launched in August.

13 Rock + Metal Artists With Their Own Official Board Games

Did you know these bands had board games? Click on each game title to find out where to buy, if available.