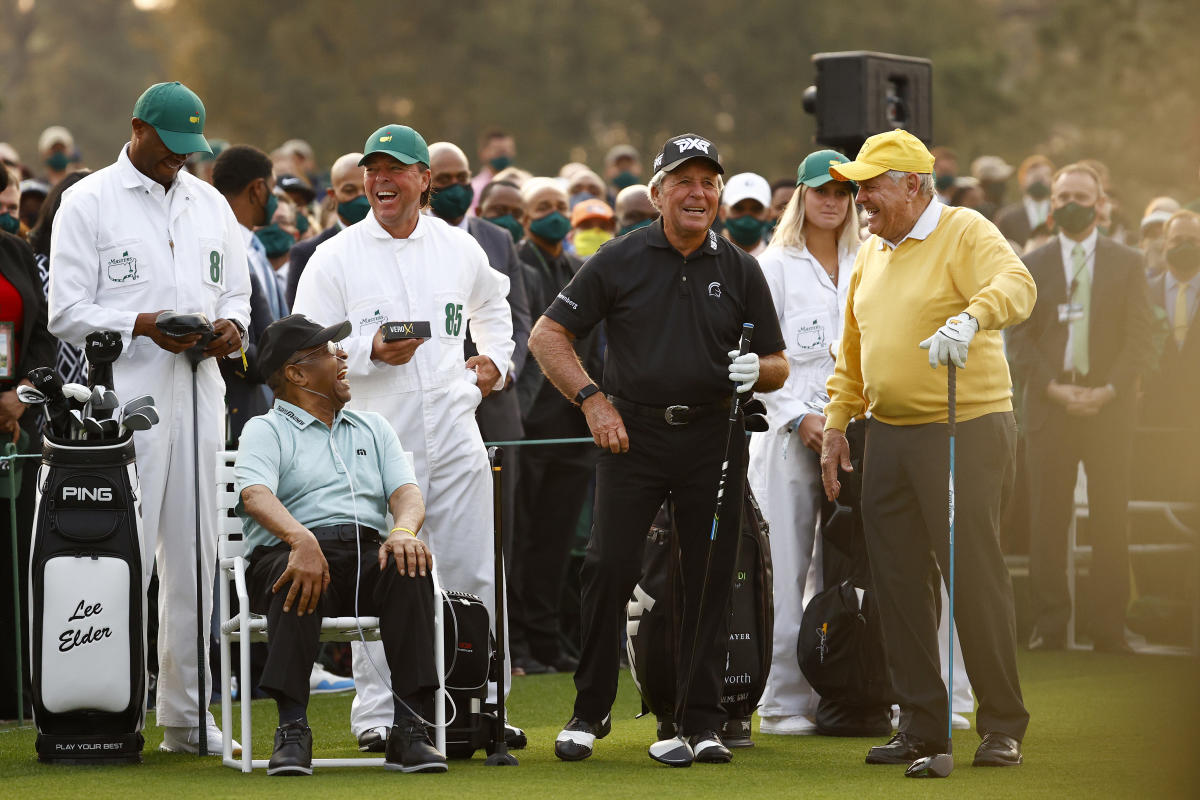 Patrons who walk into the pristine, serene environs of Augusta National Golf Club during Masters Week fall into one of two categories. The first group, the vast majority, appreciates the club’s calm beauty and decades-long traditions. The second looks around and thinks, How can I [expletive] with this?

The first group will enjoy a memorable day amid the Georgia pines. The second will get thrown out onto Washington Road in a hurry, as Wayne Player has discovered.

Player, son of three-time Masters winner Gary Player, drew nuclear heat at last year’s Masters for holding up a sleeve of golf balls during a ceremony to honor Lee Elder, the first Black man to play in the Masters. He [expletive]ed around and found out that Augusta National does not play, and now, a year later, he’s spoken up about the experience.

“To be completely transparent,” Wayne Player told Golf Digest, “I think it’s a cool story because you know, the National never really came out formally and said, ‘Oh, we’re, you know, not allowing Wayne Player to come back to the Masters. ‘ They never ever said that to the media. That’s just the way they do it. They do not say much. ”

Serving as his father’s caddy, Wayne Player held up a sleeve of OnCore golf balls – horizontal, logo clearly visible – as Augusta National chairman Fred Ridley paid tribute to Elder. The ceremony was a powerful one – Augusta National is actively trying to atone for its sins of the past – and when Wayne Player turned it into the equivalent of a NASCAR postrace interview, criticism flew.

“I had probably 50 texts after that, 40 of them said I’m a marketing genius, 10 were like, ‘What the hell were you thinking?'” Player told Golf Digest. “It was not premeditated, but it was a tacky thing.”

Outside the confines of Player’s phone, that ratio more than reversed. Wayne Player even said Jack Nicklaus, who was at the tee alongside Elder and the Players, asked, “What are you thinking?”

Augusta National, on the other hand, does not bother asking questions before levying decrees. Wayne Player was barred from the premises for the remainder of the week, and the suspension has since become permanent.

Wayne Player insists he was just trying to show Gary Player’s fans the type of ball that the Black Knight plays, and meant no disrespect. He added that Elder himself was not upset; Elder died last November.

In the wake of last year’s controversy, though, OnCore sprinted away from Wayne Player. “We did not ask or instruct Mr. Player to have our ball sleeve visible during the ceremony,” CEO Keith Blakely said, “and are sorry if his actions caused any offense or was a distraction from the wonderful recognition being paid to Mr. Elder. . ”

The crassness of the display appears to be what triggered the punishment. Augusta National does not ban the presence of brands; indeed, one of the most famous moments in Masters history – Tiger Woods’ chip-in on the 16th hole in 2005 – features a Nike swoosh in full, obvious view. But the combination of awkward product placement and serious occasion combined to bring the hammer down on Wayne Player.

He says he’s appealed without success, receiving a letter reiterating the ban. “It said thanks but no thanks,” Player said. “It said, you know, we appreciate you reaching out and apologizing, we accept your apology, but we are not changing our position, we are not going to allow you back. You ruined a special moment in the history of the game of golf. ”

Coincidentally, Gary Player found himself in similar, though slightly cooler, waters at this year’s Masters. Player sported a Golf Saudi logo during this year’s ceremonial tee shot, a move that drew the usual online condemnation despite the fact that the PGA Tour has permitted its players to compete in Saudi golf events. The PGA Tour and the Saudi-backed LIV Golf, a new tour, are on a collision course later this year. Critics of Saudi golf initiatives say Player, Phil Mickelson, Greg Norman and others are guilty of “sportswashing” – using sporting events to distract from the Saudi ruling regime’s longstanding humanitarian violations.

“I just know that my dad was excited about, you know, being part of growing the game of golf in Saudi Arabia,” Player said in response to this year’s controversy. “I mean, he loves golf course design. He’s always enjoyed that. He’s designed over 170 golf clubs and he’s a statesman. He’s always trying to help everybody, so nobody should be criticizing Gary Player ever. “

Wayne Player, on the other hand, did not escape that scrutiny. In the end, Wayne Player has learned the lesson of many Augusta National patrons who thought it would be a good move to yell “Baba Booey!” or steal sand from a bunker. If you think it’s a bad idea, Augusta National will ensure you know for sure, and forever, that it is.