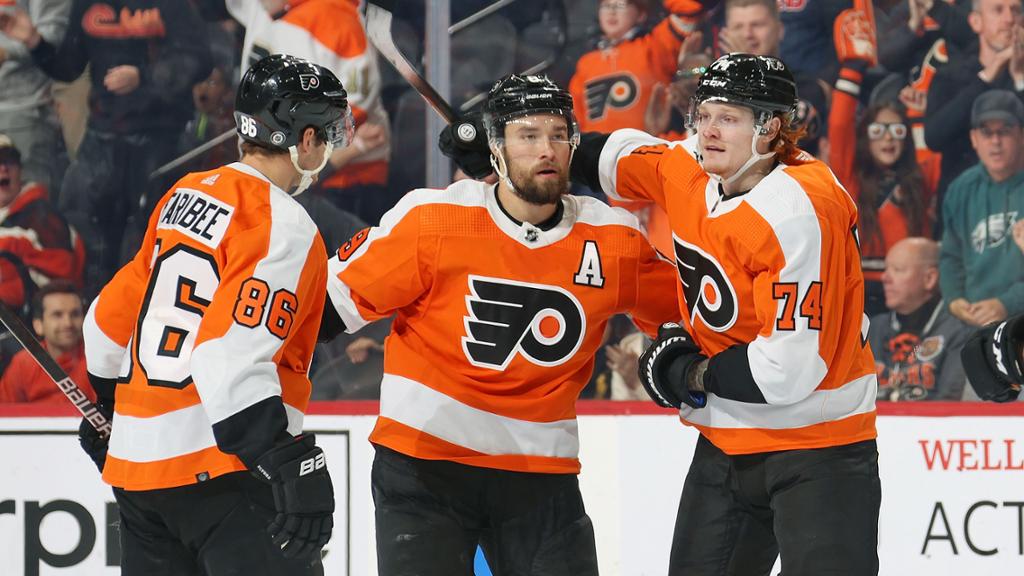 The 2022-23 NHL season starts Oct. 7. With training camps open, NHL.com is taking a look at the three keys, the inside scoop on roster questions, and the projected lineup for each of the 32 teams. Today, the Philadelphia Flyers.

Last season: 25-46-11, eighth in Metropolitan Division; did not qualify for the Stanley Cup Playoffs

John Tortorella, hired as coach June 17, said one of his main focuses during training camp will be establishing standards on and off the ice, and helping create a culture of accountability among the players that has been missing the past few seasons. And the message to the players has been made very plain. “I’m not convincing them,” Tortorella said. “I’m going to tell them what we’re looking for, we’re going to push to that level, and if some guys aren’t willing to get there, or maybe there’s some stubbornness about getting there, we’ll look to someone else.”

Tony DeAngelo was acquired in a trade with the Carolina Hurricanes on July 8 to upgrade a Flyers power play that was last in the NHL at 12.6 percent last season. DeAngelo led Hurricanes defensemen last season with 20 power-play points, and his ability to move laterally along the blue line and get shots through from the point will provide more opportunities at the net for rebounds. Having Kevin Hayes (abdominal) healthy should also help.

There is hope that at least one of the Flyers’ young forwards grabs a hold of a top-nine spot. Owen Tippett had seven points (four goals, three assists) and 53 shots on goal in 21 games after being acquired from the Florida Panthers as part of the Claude Giroux trade, and Noah Cates impressed in 16 games after signing his entry-level contract March 27. But they will likely be pushed during training camp by Wade Allisonwho has a dynamic scoring touch when healthy, Isaac Ratcliffe and 2020 first-round pick (No. 23) Tyson Foerster .

DeAngelo was acquired to give the power play a needed spark, and Tortorella said he’s also excited about the potential spark DeAngelo could provide off the ice. “I think that’s what this team needs,” he said. “I think the team needs a little bit of personality and a little bit of that (stuff) that goes on with it.”

Foerster missed most of last season after surgery for a dislocated shoulder, but he had a full offseason of training and played high-intensity games with Canada at the 2022 IIHF World Junior Championship, giving him a bit of a head start entering training camp. The Flyers will be looking for an offensive boost, and Foerster’s shot is his best asset. If his skating has improved enough, he could earn a roster spot with a strong training camp.

Ready to break through

Allison has the size (6-foot-2, 205 pounds), skill and shot needed to be a power forward in the NHL. All he has to do is stay healthy. Last season he sprained his ankle during a rookie game prior to the start of training camp, injured his elbow when he came back three months later, and then sprained a ligament in his knee in his one NHL game. Since the Flyers selected him in the second round (No. 52) of the 2016 NHL Draft, Allison has missed valuable development time due to a litany of injuries, including a torn ACL that took nearly two years to heal correctly. But if healthy, Allison has the ability to provide secondary scoring and energize the power play.

Ivan ProvorovD (fantasy average draft position: 163.6) — A potential beneficiary of the Flyers hiring Tortorella, he has a chance to regain his past fantasy form if he gets more support around him in a more structured system. Provorov, who had NHL career highs in goals (17; tied for NHL lead among defensemen), points (41) and shots on goal (203) in 2017-18, can also benefit from the addition of DeAngelo and should be considered a fantasy. deep sleeper. — Pete Jensen