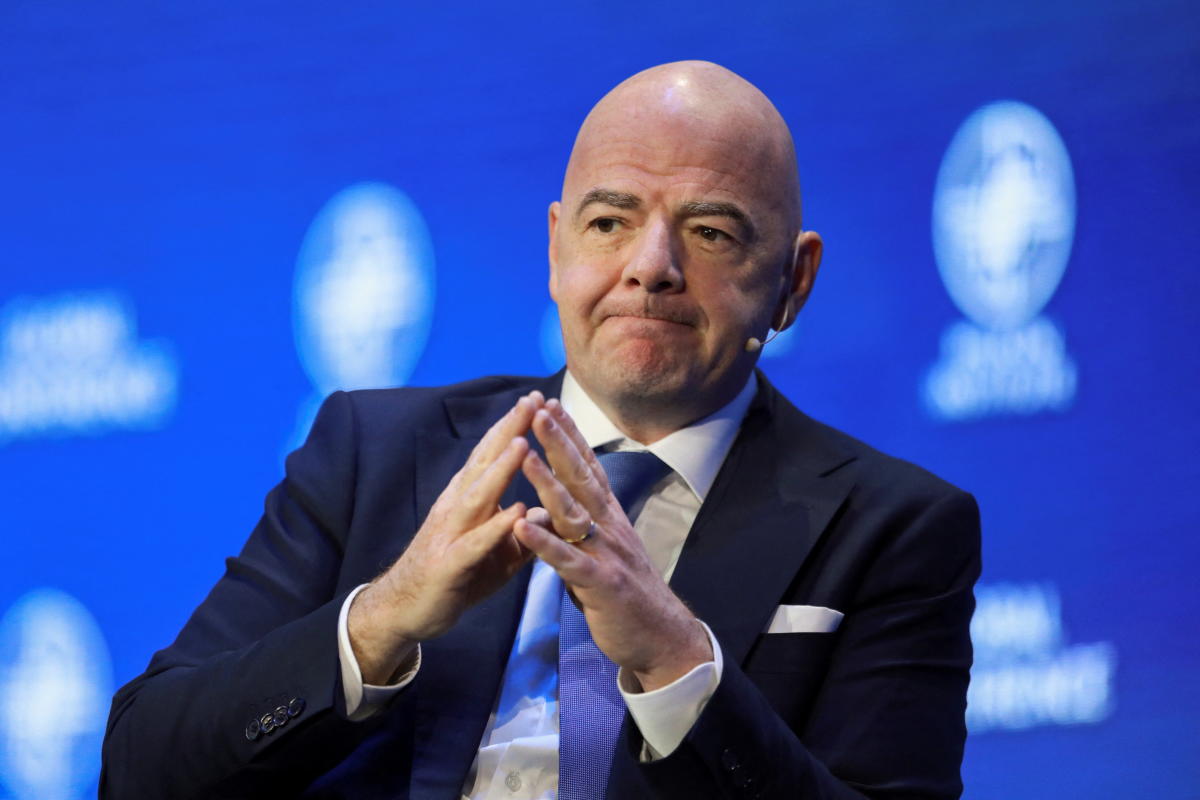 FIFA president Gianni Infantino was asked about the reported abuse of migrant workers in Qatar while he was speaking at a conference on Monday, and chose to respond by saying that work in “hard conditions” gives migrants “dignity and pride.”

Infantino was on stage at the global conference of the Milken Institute in California when he was asked about working conditions and the reported deaths of over 6,500 migrants who were building the infrastructure to support the World Cup in Qatar, which kicks off in November.

“Let’s not forget one thing… when we speak about this topic, which is work, even hard work, tough work,” Infantino said via the AP. “America is a country of immigration. My parents immigrated as well from Italy to Switzerland. Not so far, but still. When you give work to somebody, even in hard conditions, you give him dignity and pride. “

Infantino saying that Qatar’s migrant World Cup workers are operating in “hard conditions” – and those “hard conditions” should give them “dignity and pride” – is a shocking way to characterize what they’ve reportedly been dealing with. Amnesty International has documented that workers in Qatar are being “exploited” and “subjected to forced labor,” which were huge concerns even in 2010 when Qatar was awarded the 2022 World Cup.

Additionally, Infantino claimed that FIFA had “changed” the conditions in Qatar.

“It’s also a matter of pride and to have been able to change the conditions for these 1.5 million people, this is something that makes us as well proud,” Infantino said via the AP. He did not offer details about what FIFA had “changed “as far as working conditions.

Infantino also gave a massively different number when asked about the report that over 6,500 workers have died building Qatar’s World Cup infrastructure. That number was first reported by the Guardian in February 2021, and amounts to an average of 12 people dying per week. Conditions like that certainly go beyond what Infantino characterized as “hard.” But according to him, only three people have died during construction.

“Now 6,000 might have died in other works and so on,” Infantino said, “and FIFA is not the police of the world or responsible for everything that happens around the world.”

Infantino has previously spoken about soccer and immigration

Infantino doesn’t have a great record when it comes to speaking about the plight of immigrants. He made a ridiculous claim about African migrants in January when he was trying to convince European lawmakers of the benefits of a biennial World Cup.

“We need to find ways to include the whole world to give hope to Africans so that they don’t need to cross the Mediterranean in order to find maybe a better life but, more likely, death in the sea.”

It’s pretty incredible for FIFA, a billion-dollar entity known for corruption and milking every dollar it can out of its World Cup hosts, to claim that holding a World Cup every two years will give “hope” to Africans. It’s more than ridiculous, it’s self-important and delusional.

Infantino later apologized for those remarks. But between that and what he said on Monday, it might be time for someone to create a “controversies” section on his Wikipedia page. It can go right underneath the “FIFA ethics investigations” section.