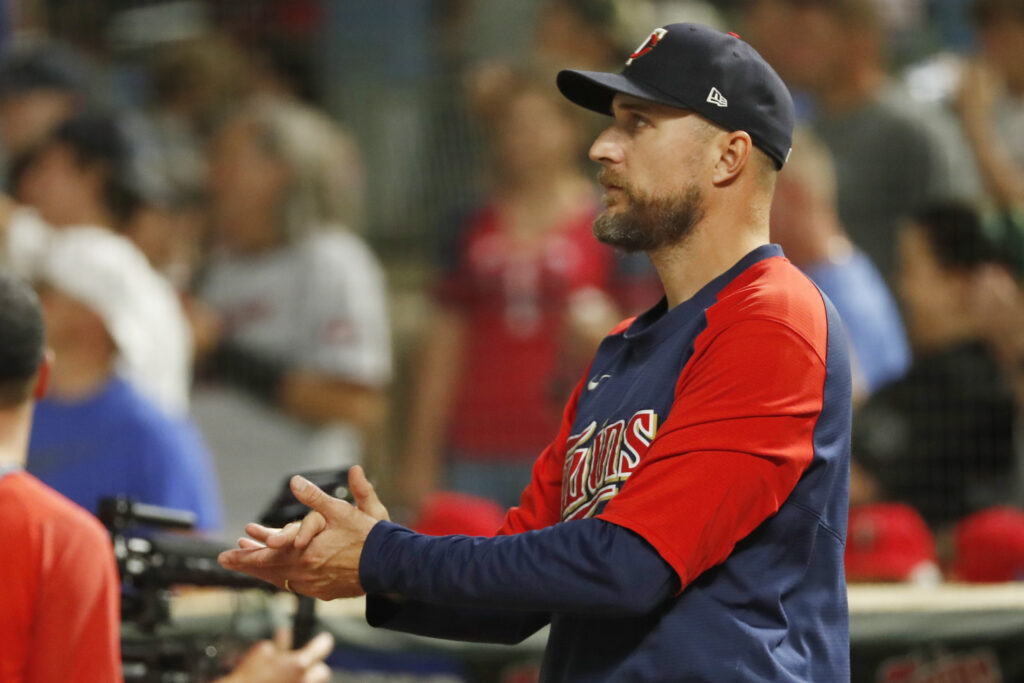 The Twins have floundered down the stretch, losing 15 of 21 games this month to fall to 73-77 entering play Friday. They’ll need a strong finish to avoid a second straight losing season, which is certainly a disappointing outcome for a team that was 11 games over .500 in May and sat at the top of the AL Central as recently as three weeks ago.

Despite the team’s abysmal final month, Minnesota chief baseball officer Derek Falvey made clear the club had no plans to make a change atop the dugout. Speaking with reporters this afternoon, Falvey stated that the possibility of replacing skipper Rocco Baldelli “never even crossed my mind” (relayed by Do-Hyoung Park of MLB.com and Aaron Gleeman of the Athletic). “Rocco’s our manager. He’s my partner in this all the way through,” the Twins baseball operations leader said. “Rocco’s a big part of our future. Not just next year, but beyond.“

Baldelli has occupied the manager’s office at Target Field for four seasons. First hired over the 2018-19 offseason, the former MLB outfielder reportedly received a four-year guarantee that came with multiple options. It isn’t clear whether the club plans to simply exercise a 2023 option in his existing deal or renegotiate a new contract, but Baldelli’s in position to lead the charge for a fifth season either way.

While the past two seasons have been underwhelming, Baldelli led the team to AL Central titles in each of his first two years at the helm. Minnesota’s 2019 team set the all-time record for home runs in a season en route to 101 wins, although they were promptly swept by the Yankees in an AL Division Series. The Twins went 36-24 during the abbreviated 2020 schedule but again were swept in the first playoff round — this time at the hands of the Astros. Minnesota entered 2021 as at least co-favorites with the White Sox to take the division again, but they posted a 73-89 season that dropped them into last place.

On the heels of that awful 2021 campaign, the Twins reloaded with an aggressive offseason. Minnesota stunningly signed Carlos Correa to an opt-out laden three-year deal in Spring Training that featured the highest average annual value ($35.1MM) for any free agent position player in history. The Twins also acquired Sonny Gray and Chris Paddack in March trades while adding Chris Archer and Dylan Bundy to the back of the rotation via free agency. The aggressiveness looked as if it’d paid off early on, with Minnesota seizing an early division lead. They doubled down at this summer’s trade deadline, bringing in Jorge López and Tyler Mahle.

Unfortunately for the organization, the roster overhaul was not enough to overcome a brutal stretch of late-season injuries. Minnesota has been without Byron Buxton for a month (and announced this evening he’d undergo season-ending knee surgery). Jorge Polanco has missed nearly as much time, as has Mahle. Left fielder Trevor Larnach and catcher Ryan Jeffers have been out for several months. Gray has been on and off the injured list twice this year, while Minnesota lost Paddack to Tommy John surgery and was without a mid-rotation starter Bailey Ober between May and mid-September. Former top prospects Royce Lewis and Alex Kirilloff again lost much of their seasons to injury.

That’s certainly not to say all the Twins’ struggles are attributable to poor health luck. Minnesota entered the season with a rotation reliant on Paddack, Bundy and Archer — all of whom had serious injury and/or performance concerns in the recent past. The bullpen has blown 26 leads, tied for sixth-most in the majors. While the club has hit well overall, they’ve underperformed with runners in scoring position. That’s presumably not a trend they anticipate continuing over multiple seasons, but it has contributed to the team ranking 17th in runs scored despite being 12th in on-base percentage and 11th in slugging.

Minnesota figures to be in for another active offseason as they look to get back on track. Correa is likely to opt out of his contract in search of a longer-term deal. If he departs, as many anticipate he will, the Twins would have to decide how to proceed at shortstop. They’ll also need to overhaul the bullpen and could look into upgrades in the corner outfield and at the back of the rotation. Besides Correa, the club will see Gary Sanchez, Michael Fulmer and Archer hit free agency and is likely to buy out options on Bundy and Miguel Sanó.