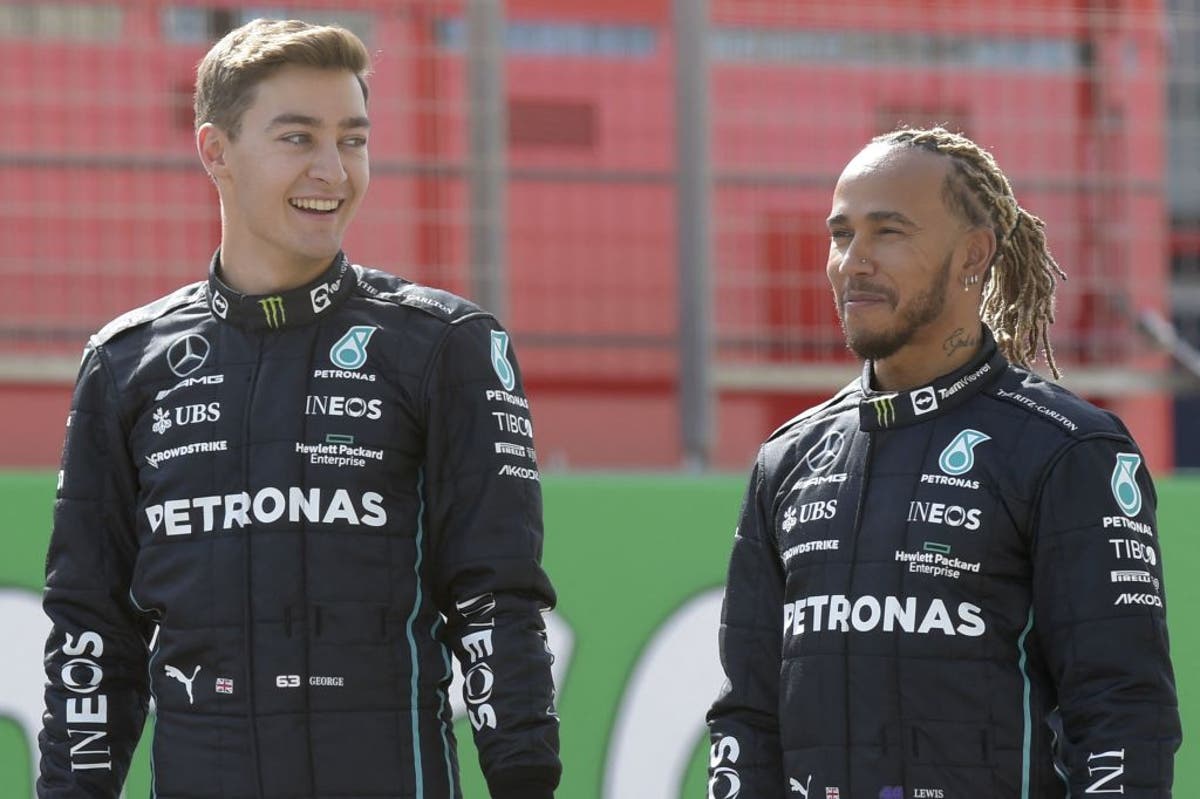 George Russell has “no doubt” that Lewis Hamilton will “come back stronger” from Mercedes’ tough start to the 2022 season.

Amid significant performance issues for the team, seven-time world champion Hamilton has struggled to challenge consistently in a disappointing opening four races of the season. The 37-year-old sits seventh in the Drivers’ Championship standings and has declared his title hopes over as Mercedes continue to look for solutions to their issues.

Russell, in his first season at Mercedes after an offseason switch from Williams, has out-performed his more experienced teammate, and is the only driver to finish in the top five of every race so far. Ahead of the inaugural Miami Grand Prix, Russell has backed Hamilton to fight back towards top form and says that his compatriot’s attitude remains inspiring. “Lewis has clearly got the pace,” Russell told Sky Sports F1. “He’s incredibly fast and he showed that so far this year, but it’s just been tricky for us as a team to get it done when the time is needed. But Lewis will come back stronger, I have no doubt. He’s definitely going to be pushing me all the way. ”

Follow all the latest F1 news and updates, below:

Former NASCAR and IndyCar driver Danica Patrick has questioned Lewis Hamilton’s “psychological strength” amid his struggles with Mercedes this season.

Hamilton has been on one podium this campaign, coming third in Bahrain, but has failed to hit top gear, so to speak. He is currently seventh in the drivers’ standings after his latest disappointment – coming 13th at the Emilia Romagna Grand Prix.

“I’m really curious, I’m curious as to where the speed is,” Patrick told Sky Sports. “[Hamilton’s teammate] George Russell’s having a pretty decent season, he had a good day. I do not know, are they trying different things with Lewis? ”

Mercedes believe that George Russell would have finished on the podium at the Emilia Romagna Grand Prix were it not for a set-up error.

Rain had been expected to arrive at some point during Sunday’s race after several earlier showers, but never arrived and the race was contested entirely on a drying track.

According to Andrew Shovlin, trackside engineering director at the German team, Russell’s result was “a good effort” but left Mercedes ruining what might have been after missing their chance to correct their balance.

Lewis Hamilton has said that only he will decide when his “masterpiece is finished” in an apparent dismissal of suggestions that the Mercedes driver should retire.

The 37-year-old has endured a difficult start to the 2022 season, with Mercedes’ W13 car struggling to match early leaders Ferrari and Red Bull.

The seven-time world champion declared his title ambitions over after finishing outside of the points at the Emilia Romagna Grand Prix.

That led Helmut Marko, head of driver development at Red Bull, to quip that Hamilton should perhaps have exited the sport at the conclusion of last season, when he was narrowly pipped to the title by Max Verstappen under controversial circumstances.

Hamilon, however, has now apparently responded to Marko and others suggesting he may be beyond his peak, claiming to still be crafting his “masterpiece” in a post on Instagram.

The Silver Arrows have been off the pace set by Ferrari and Red Bull in the opening four races of the 2022 season as the continue to struggle under the FIA’s new regulations.

Seven-time champion Lewis Hamilton is even further off the pace having picked up just 28 points so far this season.

Meanwhile in the constructors’ championship, Mercedes are down in third and already have a 47-point deficit to make up on Ferrari.