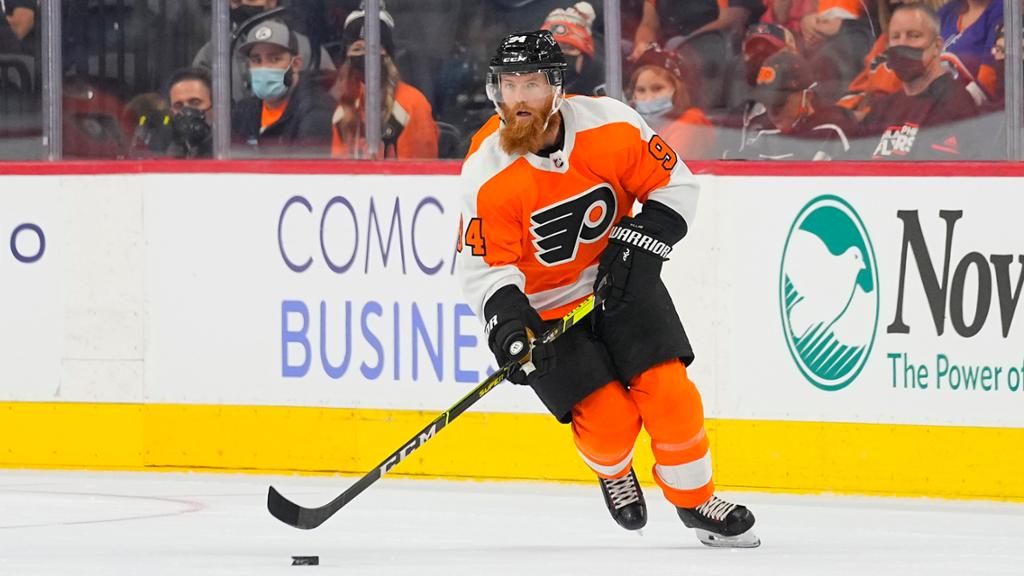 VOORHEES, NJ — Ryan Ellis is not expected to play for the Philadelphia Flyers this season because of a torn psoas muscle in his back.

“Ryan Ellis is out indefinitely, no timetable for his return to play,” general manager Chuck Fletcher said Thursday. “My assumption is he won’t play this season. If he does, it’ll be a bonus.”

Fletcher said the injury is also affecting multiple areas in Ellis’ abdominal region and that surgery does not appear to be an option.

“I know we’ve been probably vague with describing the injury, I think we’ve called it multifaceted, which it is,” he said. “There’s a psoas component of this, there’s a hip component, there’s an adductor component, so I’m not sure that if you go in and repair one part it’s going to fix everything we’re trying to work with. Trying to get everything back, rehab everything back. I’ve never heard of an injury like this. It’s very complicated. A torn psoas is a very significant injury for a hockey player, a very rare injury, so we’re doing the best we can and we I’ll just leave it up to the medical experts.”

When asked if this could be a career-threatening injury, Fletcher said, “Certainly that’s a possibility.”

The Flyers acquired Ellis in a three-team trade with the Nashville Predators and Vegas Golden Knights on July 17, 2021, with the hope that he could be the right-shot component on the top defense pairing with the left-shot. Ivan Provorov. The 31-year-old played four games, the last Nov. 13.

“The rehab, there’s been ebbs and flows,” Fletcher said. “I think he made progress earlier in the summer. I would say the last two months there hasn’t been any visible signs of progress. It’s been a frustrating injury. Nobody’s more frustrated than Ryan, nobody wants to play more than Ryan. But we’re dealing with reality now and he’s not skating, so clearly he’s a long way away from playing.”

Sean Couturier is seeing a specialist Thursday for a second opinion on his upper-body injury, Fletcher said. He is week to week.

The 29-year-old center had season-ending back surgery on Feb. 11 and said Sept. 12 that he was fully cleared for training camp. But since then, Couturier began feeling more pain than usual.

Fletcher said he wasn’t sure if Couturier’s current issue is related to his back surgery.

“I know it’s in the same area as the last injury,” Fletcher said. “I know that he’s been following the medical guidance of the doctors and our medical staff. I know over the course of the summer he was improving, but yet from time to time he had some nerve irritation in his glutes. He was told that it was a normal part of the process. Continued to train and at some point, over the last week, things deteriorated, and he got to the point where he was not sleeping as well and experiencing some pain.

“What triggered that? I don’t know. Was it a recurrence? Was it a re-injury? Was it just not fully healed from before? I don’t know. It’s a tricky injury. … There’s a whole host of components that impact your back”

Forward Joel Farabee, who had artificial disk replacement surgery June 24, was on the ice for the first day of training camp but has not been cleared for contact. He was fourth on the Flyers with 17 goals in 63 games last season.

“I feel really good,” Farabee said. “Constantly talking with my doctor and the guys here. I can’t confirm yet what my timeline looks like, but for right now, I feel really good. I’ve been lifting quite a bit and getting on the ice here for the last month, so definitely getting my body to where it needs to be and just keep going from here.”

Forward Patrick Brown had back surgery during the offseason and is week to week.