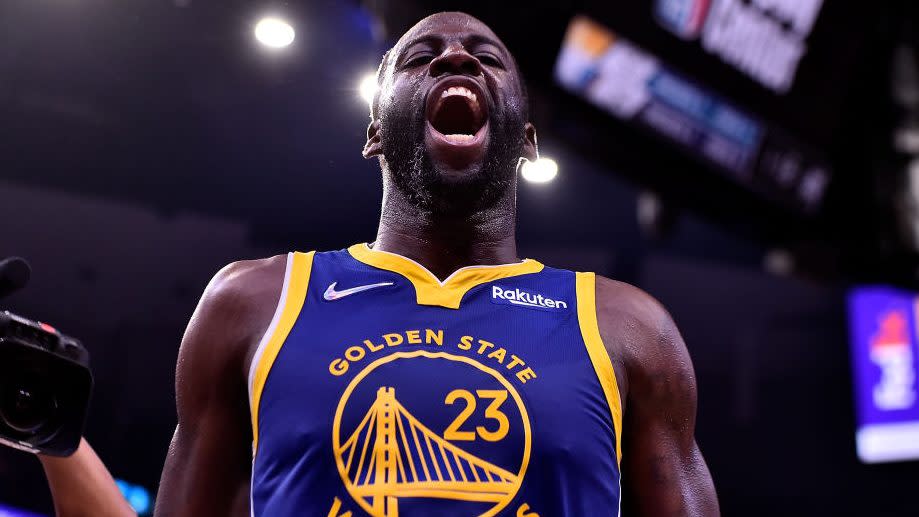 It was unquestionably a foul. In trying to stop Brandon Clarke from going up for a putback bucket right before the half, Draymond Green swipes at the ball, catches Clarke in the face, and then pulls him down by the jersey. Here’s the video of what happened.

Did that deserve an ejection?

Green said after the game – and then on his podcast – that he wasn’t even sure it deserved to be a flagrant foul, that the officials’ decision was more about reputation.

The money quote from “The Draymond Green Show”:

“Now lets talk about what everyone’s really here for, what everyone wants to talk about, which is me getting ejected for… I’m not quite sure for what, but for a foul. Very interesting one. You know, one thing about the foul is, I actually tried to hold him up and well, I wasn’t told anything because I left the court, but the guys were told I was ejected for throwing him down, which is very interesting because even when he hit the ground, I was still holding his jersey up. But at this point, I kind of expect things like that, like I’ve been suspended from Game 5 of the NBA Finals. You think for one second I don’t believe I would get kicked out of Game 1 of the second round? Not surprising to me at all. Not one bit. ”

Crew chief Kane Fitzgerald explained why he gave Green a Flagrant 2 and an ejection, speaking to a pool reporter.

“Well, there’s a couple of things. The first part was the wind-up and significant contact to the face, and then the pull down from the jersey grab and throw down to the floor to an airborne vulnerable player makes that unnecessary and excessive. That’s what led to the flagrant foul penalty two. ”

Clarke himself discussed Green’s reputation when talking about the foul, to which Green responded with just emojis.

Did the foul deserve an ejection? Damian Lillard and Trae Young were among players who didn’t think so.

The Warriors went on to win Game 1 on the road in dramatic fashion.

You can be sure the league office will back its referees o this one, it tends to do that. Word will come down about Green facing a fine in the next 24-48 hours, but that will be more about Green running around and firing up the crowd after his ejection more than the foul itself.

Green will be back at it in Game 2, but he is now just one Flagrant 2 foul away from being forced to sit out a game due to an automatic suspension (because of the Flagrant Fouls he picked up in the first round). Green does not want a repeat of the 2016 NBA Finals, when his suspension for Game 5 helped turn the tide in that Cavaliers’ come back from 3-1 down, which means Green will need to check himself. A little.

Here’s more on the Warriors