Does the NBA Deserve Becky Hammon? 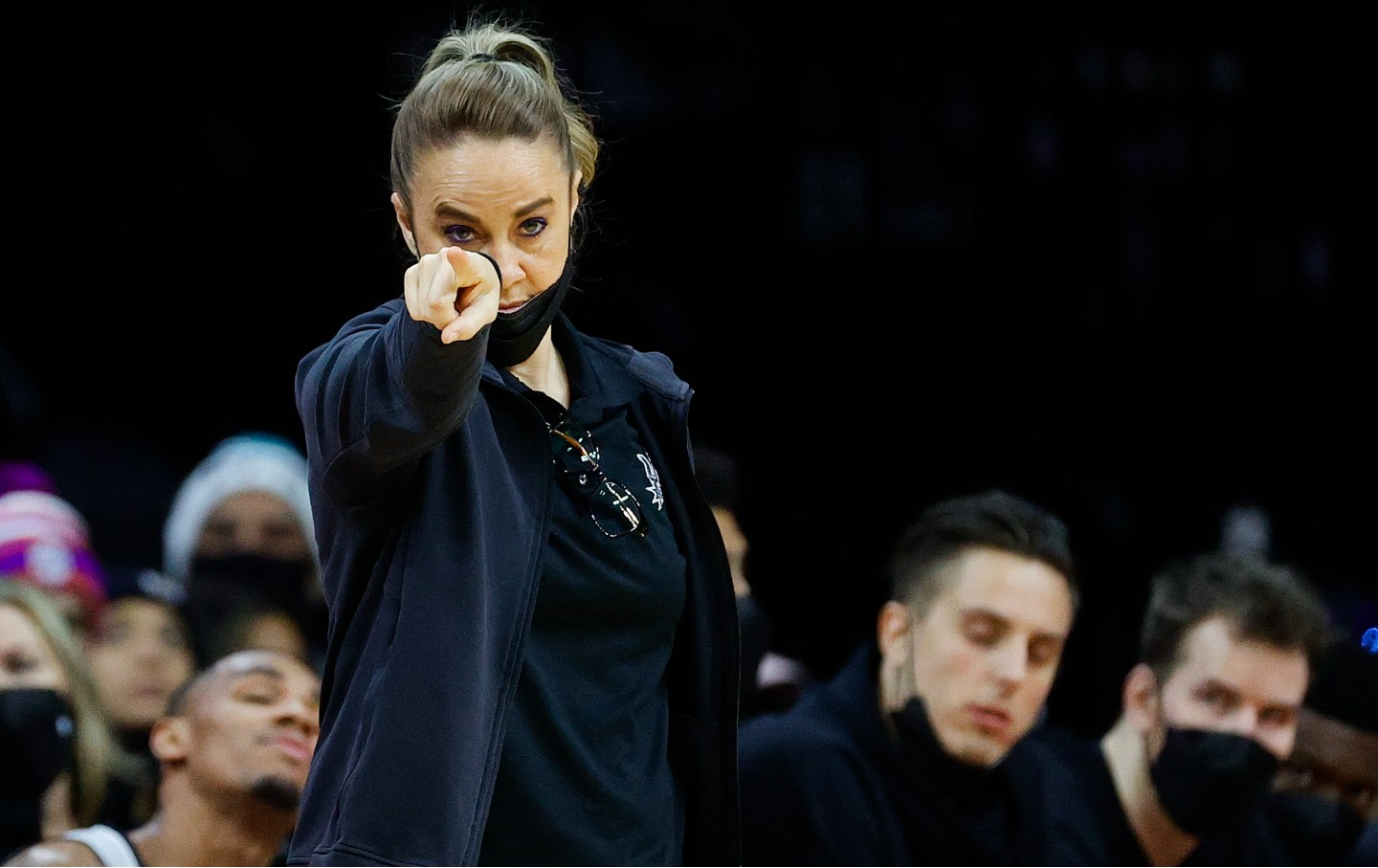 Thank you for signing up The Nation‘s weekly newsletter.

Thank you for signing up. For more from The Nationcheck out our latest issue.

The Nation is reader supported: Chip in $10 or more to help us continue to write about the issues that matter.

Did you know you can support The Nation by drinking wine?

Does the NBA deserve Becky Hammon? It’s a question worth asking a year after hoops watchers openly wondered, “Does Becky Hammon ‘deserve’ to coach in the NBA?” Hammon’s career as a three-time college All-American at Colorado State, the all-time leading scorer in the Western Athletic Conference, an unlikely WNBA all-star (after her athleticism was questioned coming out of college and she wasn’t even drafted ), and eight years on the San Antonio Spurs staff was seen as not enough to earn a gig. Even though she had already been the first woman to be a paid NBA assistant, and even though she coached the Spurs Summer League team with great success, she found herself with her nose pressed against Adam Silver’s window. Despite the fact that the Gregg Popovich coaching tree in the past four years has produced head coaches in Charlotte (the bafflingly fired James Borrego) and Boston (Ime Udoka, who unexpectedly led the Boston Celtics to the NBA Finals), Hammon was not chosen to fill any of the vacancies. Teams like the hapless Portland Trailblazers turned down the opportunity to become a part of history—to live up to its moniker—and give Hammon her well-earned shot.

But Hammon didn’t skip a beat. She signed on to coach the Las Vegas Aces of the WNBA, and in her first season, her team won the title against the Connecticut Sun. This achievement is all the more impressive when we consider that the WNBA has only 12 teams, as opposed to the NBA’s 30. The concentration of talent in this league is intense. First-round draft picks get cut from their teams, and no one blinks. One would have understood if it had taken her some time to get her sea legs. But Hammon proved herself to be beyond adept at running a team led by WNBA MVP Aj’a Wilson, Kelsey Plum, and finals MVP Chelsea Gray.

In the process, Hammon embarrassed every NBA general manager and franchise owner who decided—although she had more than paid her dues and her résumé was sparkling—that the league’s players were not ready for a woman head coach. Sexism is the only explanation that makes sense.

A few years ago, I got an up-close view of a particularly intense San Antonio Spurs practice, and Hammon was a master of his domain, leading drills, talking smack, and commanding the laser-focus of his players. I assumed teams would line up not only for her talents but also a chance to make history. Instead, I heard people say, “Well, those are the Spurs, so that’s different.” They were making the case that a buttoned-up team of championship vets, renowned for their professionalism, was much easier for Hammon to manage. “How would she do with a team of 20-year-olds?” That was a question that always seemed sexist to me, because being able to mold a very young team is a challenge every coach faces, particularly first-year coaches. The idea that this would be a particular problem for Hammon is insulting not only to her but to the professionalism of NBA players. One could also make the case that a team of grizzled vets would be less likely to accept a young woman coach, if someone wanted to belch out that particular narrative. Of course, there are degrees of difficulties relative to the experience of a team, and veteran leadership matters, but it is ridiculous to argue that Hammon, who is tougher than a $3 steak—would find such a challenge insurmountable.

There is no doubt that Hammon deserves to coach in the NBA. She deserves the attendant financial security that the WNBA, hobbled by under-investment, struggles to provide. But does the NBA deserve Hammon? Whether she makes the jump should be her decision—by all rights, teams should be waiting with open arms for her. But a league that strains to see the value of Hammon is a league that not only needs to live up to its commercially curated progressive bona fides; it also needs to grow up and hire the best people for the jobs.