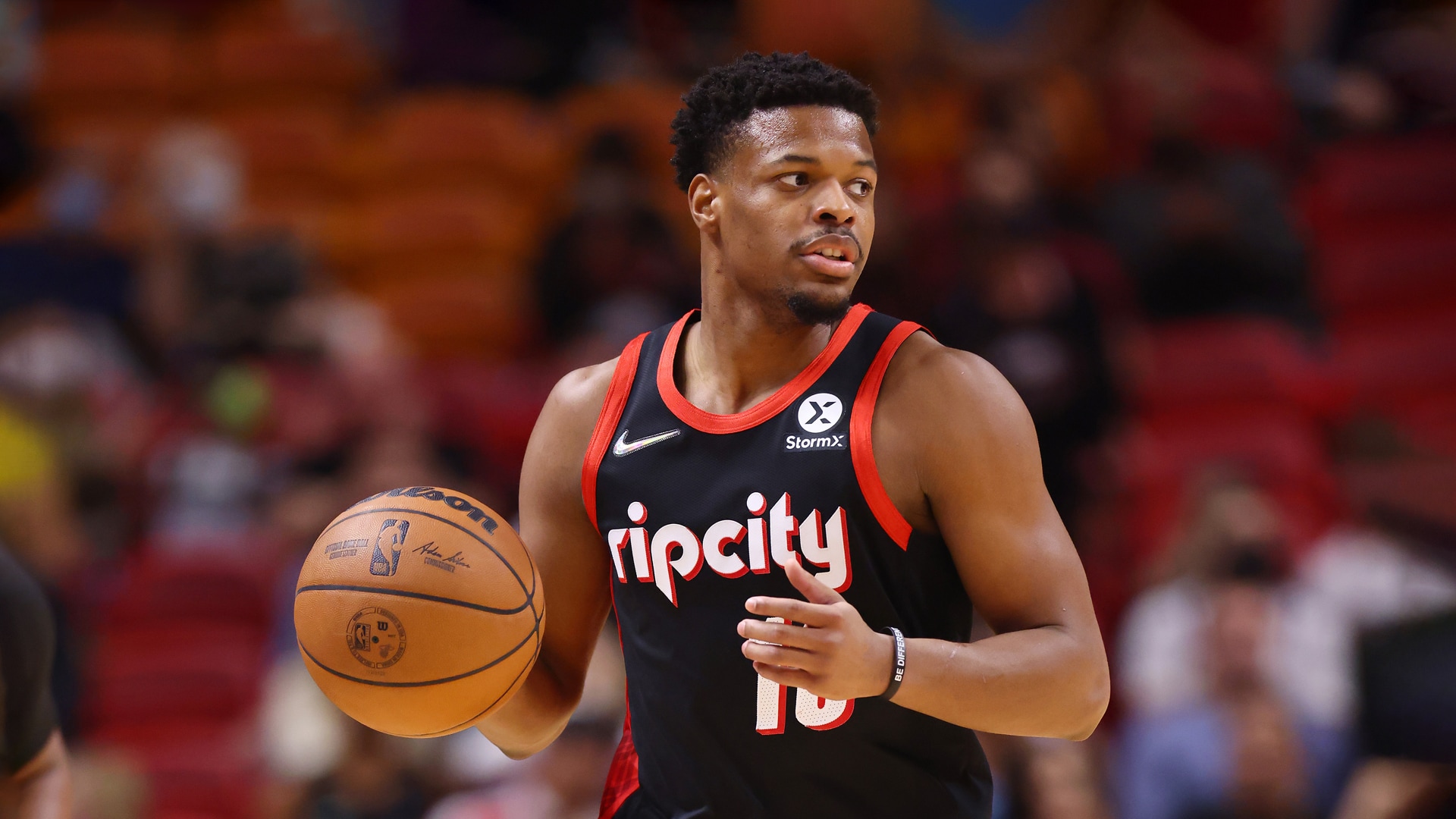 With just a few days to go before the start of training camp, the Charlotte Hornets added a bit more depth to their backcourt rotation with the signing of former lottery pick point guard Dennis Smith Jr.

A Fayetteville native who played his lone collegiate season at NC State, Smith averaged 5.6 points on 41.8% shooting, 2.4 rebounds, 3.6 assists and a career-high 1.2 steals in 37 games – four starts – last season in Portland. He suffered what ultimately became a season-ending elbow injury in mid-February and was released shortly afterwards.

Smith was originally drafted ninth overall by Dallas in 2017 and put up 15.2 points, 3.8 rebounds, 5.2 assists and 1.0 steals in his first season, leading to All-Rookie Second-Team honors. He was traded to New York as part of the package for Kristaps Porzingis in January of 2019, then dealt again to Detroit in February of 2021 before signing with Portland last September.

Gifted with sensational athleticism – he reportedly clocked a 48-inch vertical during a pre-draft workout – Smith’s shortcomings have primarily revolved around some inefficiencies on offense. He’s a career 40.2% shooter, 44.2% on 2-point attempts (45.1% last season), 31.2% on 3-point attempts and 65.2% from the free-throw line. Lately, he’s worked to become more of a defensive-minded, on-ball defender with good size (6’2” and 205 pounds) and physicality.

Smith registered a career-low 0.7 3-point attempts per game last season (6-of-27 total; 22.2%), so it appears he’s slowly phasing out this component of his game. Utilizing his agility and quickness to blow by defenders and get to the basket is his best means of scoring now, as evidenced by an encouraging 53.9% conversion rate in the restricted area (48-of-89) last season.

The Hornets don’t currently have a clear-cut backup point guard on the roster, so Smith certainly has an opportunity to get his foot in the door. Ball and Rozier took turns as the lead ball-handler between the first and second units for a lot of the season. That dynamic eventually became unsustainable as the calendar wore on, leading to the signing of Isaiah Thomas.

There’s still a long way to go, but running an up-tempo, three-guard lineup of Ball, Rozier and Smith could be an interesting rotational wrinkle for Hornets Head Coach Steve Clifford to integrate. During the final season of his first go-around in Charlotte, Clifford tinkered with similar lineups featuring Kemba Walker, Malik Monk and Jeremy Lamb.

Still just 24 years old (he’ll turn 25 in November), Smith has been searching for the right fit after bouncing around the league the past few seasons. Perhaps, if all goes well, he’ll fittingly find it back in his home state where his basketball journey first began.