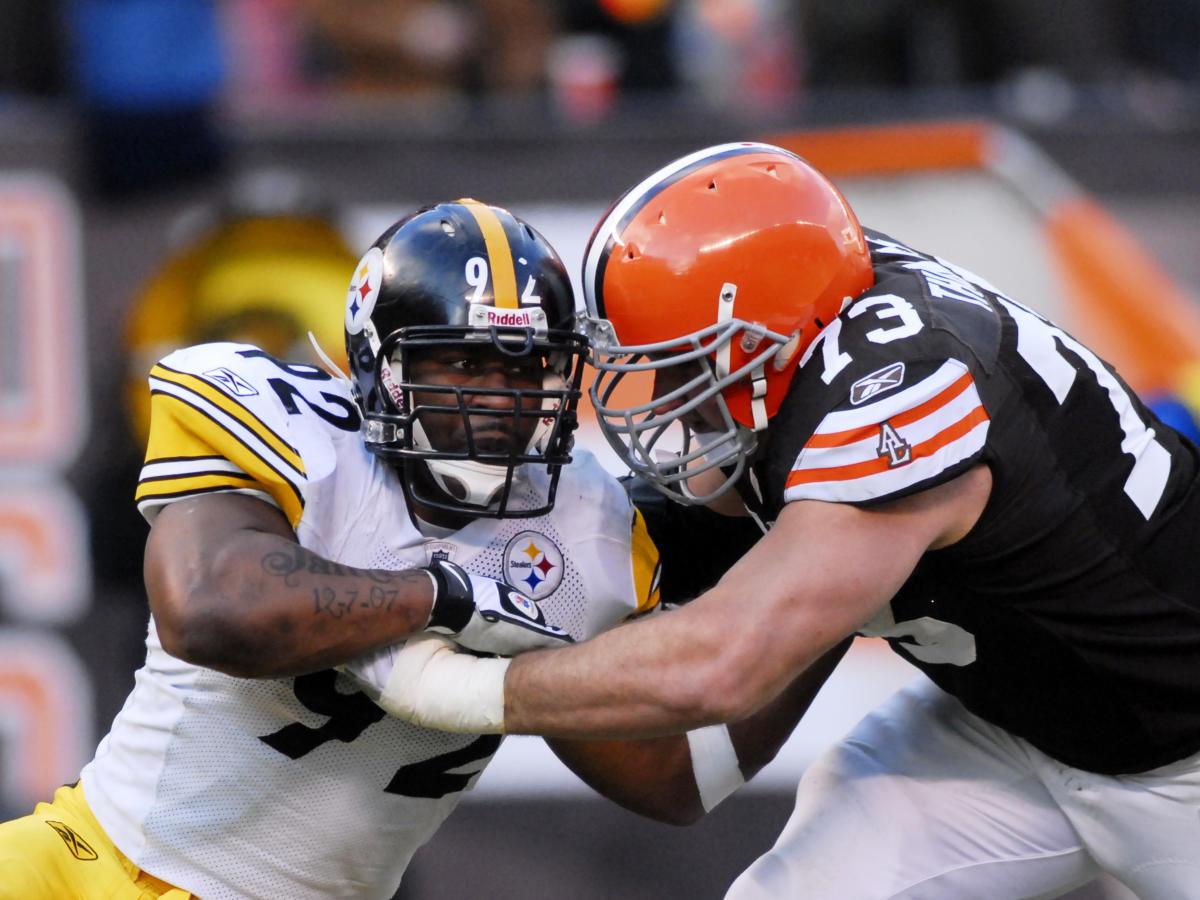 The Pro Football Hall of Fame announced 129 modern-era nominees for its 2023 class on Tuesday with nine first-timers included.

Are there any first-ballot Hall of Famers on the list?

Revis is a four-time All-Pro and seven-time Pro Bowler considered by some to be the best cornerback of his era. He won a Super Bowl with the New England Patriots after the 2014 season. Thomas never played a postseason game in an 11-season career with a moribund Cleveland Browns franchise. But he was one of the best to ever play left tackle with 10 Pro Bowl selections and eight All-Pro honors to show for it.

Harrison is a two-time Super Bowl champion and one-time Defensive Player of the Year as a longtime face of a fierce Pittsburgh Steelers defense. He made five Pro Bowls and earned four All-Pro selections. Freeney made seven Pro Bowls, five All-Pro teams and won a Super Bowl as the pass-rushing anchor for the Indianapolis Colts. His 125 1/2 career sacks rank 18th all-time.

Chancellor was the muscle of the famed Seattle Seahawks Legion of Boom secondary at strong safety. He made four Pro Bowls, two All-Pro teams and won a Super Bowl.

The list will be cut to 25 semifinalists in November and again to 15 finalists in January. A maximum of five enshrinees will then be selected for the Hall, which requires an 80% yes vote for election. A selection committee of 49 media members will decide who makes the cut.