COLUMN: The NBA might abolish the ‘one-and-done rule.’ Men’s college basketball will be just fine. 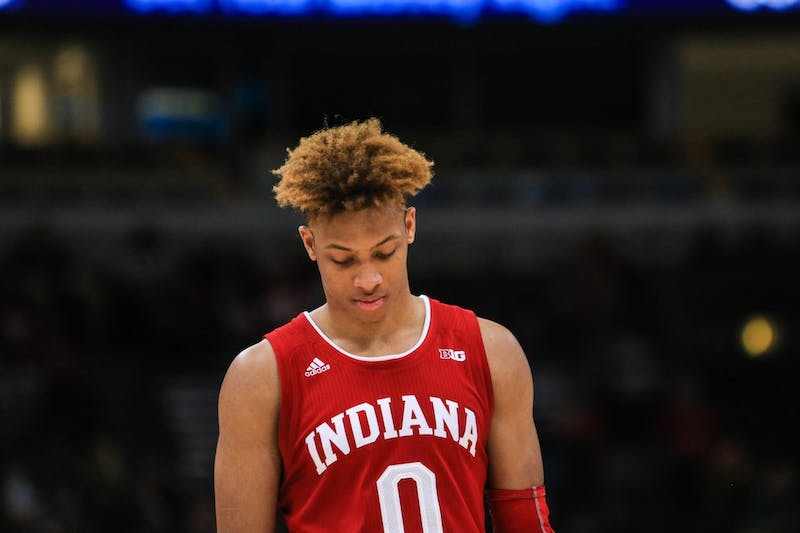 The National Basketball Association and the NBA Players Association will likely reduce the minimum eligible age for the NBA draft from 19 to 18 years old, The Athletic reported last week. This would abolish the “one-and-done rule,” named for the trend of elite men’s high school prospects attending college for one year, then declaring for the draft once they turn 19.

At the professional level, this wouldn’t change much. Plenty of players skipped college prior to 2005 when the one-and-done rule was reinstated. It didn’t work out for all of them, but a handful such as aspiring actor and GMC spokesperson LeBron James went on to have relatively successful careers, if you can believe it

However, what about men’s college basketball? With the cream of the crop skipping secondary education, what will the game look like?

Well, college basketball will almost certainly be worse as a result. It will also be just as fun as ever.

Yes, it might be strange seeing the University of Kentucky field a starter who can legally go to bars. Even with student-athletes profiting off their name, image and likeness, virtually nothing is going to top a check from an NBA team.

[Related: COLUMN: Fantasy football can be kind of terrible, right?]

“What about the immeasurable value of a college education?” cry the university administrators and recent graduates desperate to justify their crippling student debt.

Look, I’m all for education. But really, what’s the difference between a one-and-done and coming to college only to realize you chose a major for which you haven’t the slightest degree of passion, then having to phone it in academically for the next four years? An emotional one-and-done, if you will.

I certainly wouldn’t know anything about that, but I could see it happening to a young person who made a crucial decision about their future two months after they had to ask a teacher for permission to use the restroom.

Sure, in the second scenario you at least get a degree, but there’s no guarantee you will actually want to use it. Again — and I cannot stress this enough — I am speaking entirely hypothetically here.

Yes, the uppermost level of talent in college basketball will probably dip a bit. So?

If you want to watch guards drain half their 3-point shots or 7-foot centers with impeccable ball-handling skills, watch the NBA. It’s fun. Still, it’s not what college basketball is about.

The true joy of college basketball doesn’t come from elite players dominating less talented players. It comes from the rare moments when those less talented players pull one over on the five-star recruits and future NBA lottery picks. For most fans, the whole point of March Madness is watching, waiting, yearning for a commuter school from South Dakota to knock off a blue blood.

Don’t get me wrong, there will be a certain joy in watching 7-foot-1 Duke freshman Derek Lively II absolutely obliterate a 24-year-old, 5-foot-11 walk-on graduate student point guard from the University of Delaware. However, it’s way more exciting when that walk-on finally gets the better of Lively, faking him out with a sneaky crossover dribble and laying the ball in because he has neither the height nor the vertical jump to dunk.

When that happens, I will lose my mind. Look at that relatively average man. Three hours ago, he was in a microeconomics lecture, and now he’s scoring on the most talented team in the nation, cutting his lead to a mere 37 points.

He may not have any hair on his head nor cartilage in his knees eight years from now, but he will have one heck of a story to tell his many, many tax clients.

To me, that’s what college basketball is all about.

Follow columnist Bradley Hohulin (@BradleyHohulin) for updates in the world of sports.