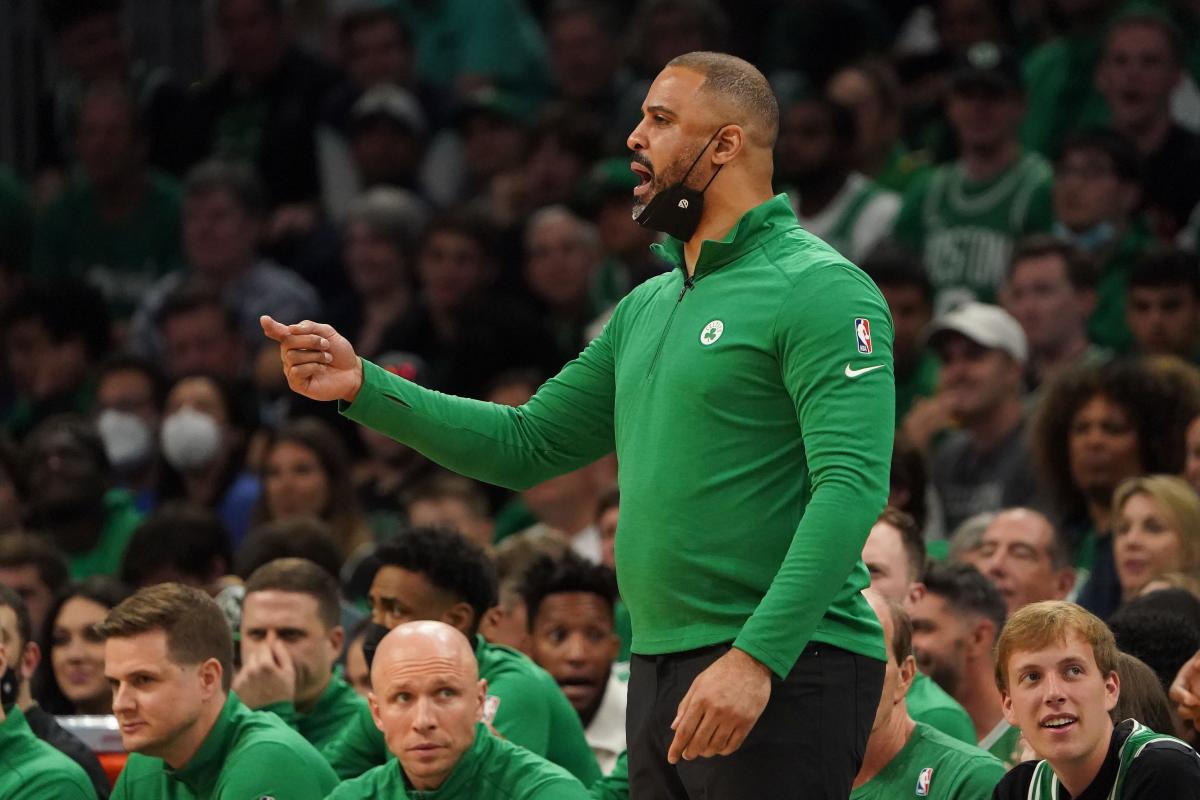 A news conference with Boston Celtics owner Wyc Grousbeck and president Brad Stevens left more questions than answers Friday after the organization met the media for the first time since the team announced the suspension of coach Ime Udoka for the 2022-23 season.

Grousbeck and Stevens shed little light on details other than those already released in the team’s statement. Grousbeck did say the team first learned of Udoka’s consensual relationship with a female subordinate, which goes against company policy, over the summer and immediately hired a law firm to conduct a “thorough and impartial investigation.” Grousbeck added that Udoka committed more than one violation and will incur a “very significant financial penalty,” without giving specific details.

“It took some time to develop all the facts,” said Grousbeck. “It finally concluded. For now, everything we know was wrapped up two days ago.” He also shared that “no one else (in the Celtics organization) is facing penalty or reprimand,” and denied that the team was the source that leaked the story to the media.

OPINION: Celtics had no choice but to suspend coach Ime Udoka; it’s reality of workplace dynamic

CELTICS DECISION: Ime Udoka suspended for the season for violations of team policies

Stevens, who coached the Celtics from 2013-21, said that he would not return to the bench, confirming that assistant coach Joe Mazzulla would serve as interim head coach.

Stevens and Grousbeck were asked about Mazzulla’s 2009 arrest on a domestic violence charge while he was a player at West Virginia and Stevens shared that he was thoroughly vetted when he was first hired in June 2019 and he strongly believes that the situation “shaped him into who he is today in a really good way.”

Stevens put emphasis on how unfairly the women of the organization have been treated online in the aftermath of Udoka’s suspension.

“We have a lot of talented women in our organization and I thought yesterday was really hard on them,” said Stevens. “Nobody can control Twitter speculation and rampant (expletive), but I do think we as an organization have a responsibility to make sure we are there to support them since a lot of people were unfairly dragged into that.”

When asked why Udoka was suspended instead of fired, Grousbeck did not share details into the team’s decision making.

“We’re not going to get into our deliberation, this felt right … it was not clear what to do, but it was clear something substantial needed to be done.”

Udoka’s suspension is until June 30, 2023, and his future with the team has not yet been decided.

Grousbeck declined to comment for legal reasons or if one of the team violations that Udoka committed included sexual harassment, but he did defend the length of his suspension.

“We have reflected as a group and with outside advisers – a diverse group, in fact, of people deciding what to do, for which I take ultimate responsibility,” said Grousbeck. “I personally feel that this is well warranted and appropriate, backed by substantial research and evidence and facts.

“So I’m standing by the decision, and Ime has accepted it and expressed, in fact, appreciation. I don’t want to belabor that, but he’s accepting of it and he’s planning to move forward on this basis.”