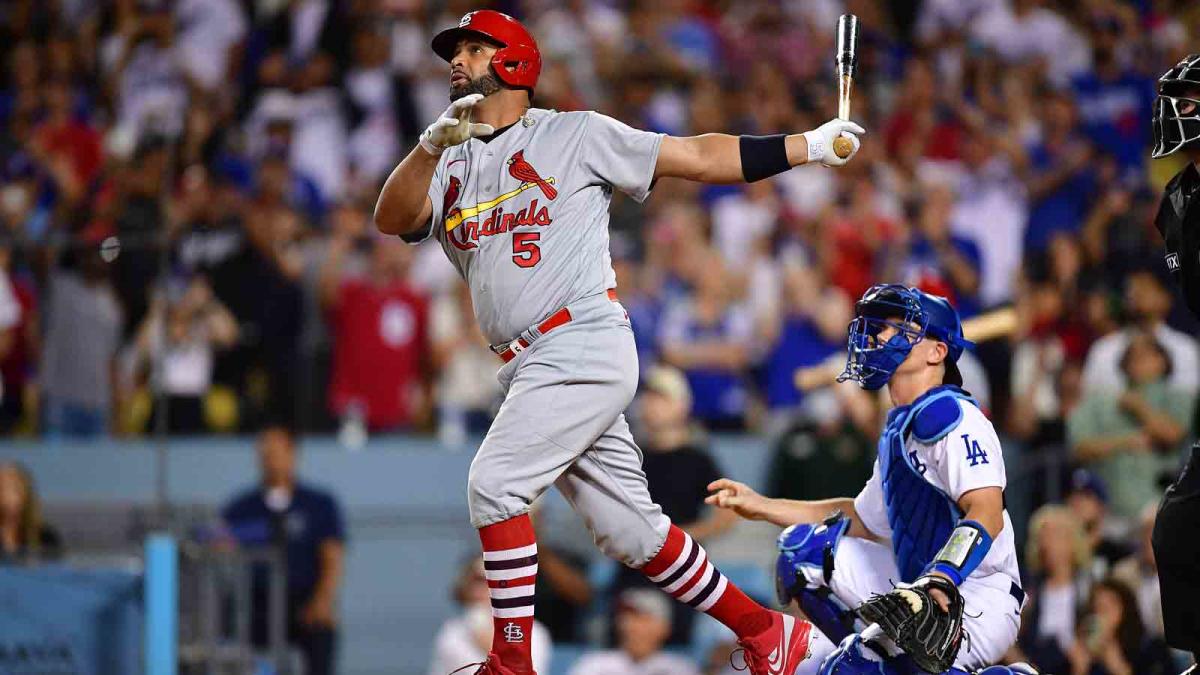 Albert Pujols has made his 700th trot around the bases.

Pujols, with two runners on, launched a 1-1 slider from Los Angeles Dodgers reliever Phil Bickford into the left field stands for the milestone home run. After crossing home plate, Pujols ran to the front row to high-five former Dodger Adrian Beltre. He then celebrated with his teammates and came out for a curtain call to acknowledge the Los Angeles crowd that was on their feet for each Pujols at-bat and gave the Hall of Famer an ovation.

Pujols hit his 699th home run in the third inning, a two-run shot off Andrew Heaney that gave the Cardinals a 2-0 lead.

With the home runs off Bickford and Heaney, Pujols has now homered off 455 different pitchers, extending his MLB record.

Pujols entered the game having hit 12 homers in 42 games since Aug. 10, but he had been on a six-game drought since hitting No. 698 on Sept. 16. He ended that with a pair of no-doubters on Friday.

Pujols has other milestone multi-home-run games, having also hit his 499th and 500th homers in the same game in 2014.

Of his 700 home runs, Pujols hit 470 with the Cardinals, 214 with the Los Angeles Angels and three last season while with the Dodgers.