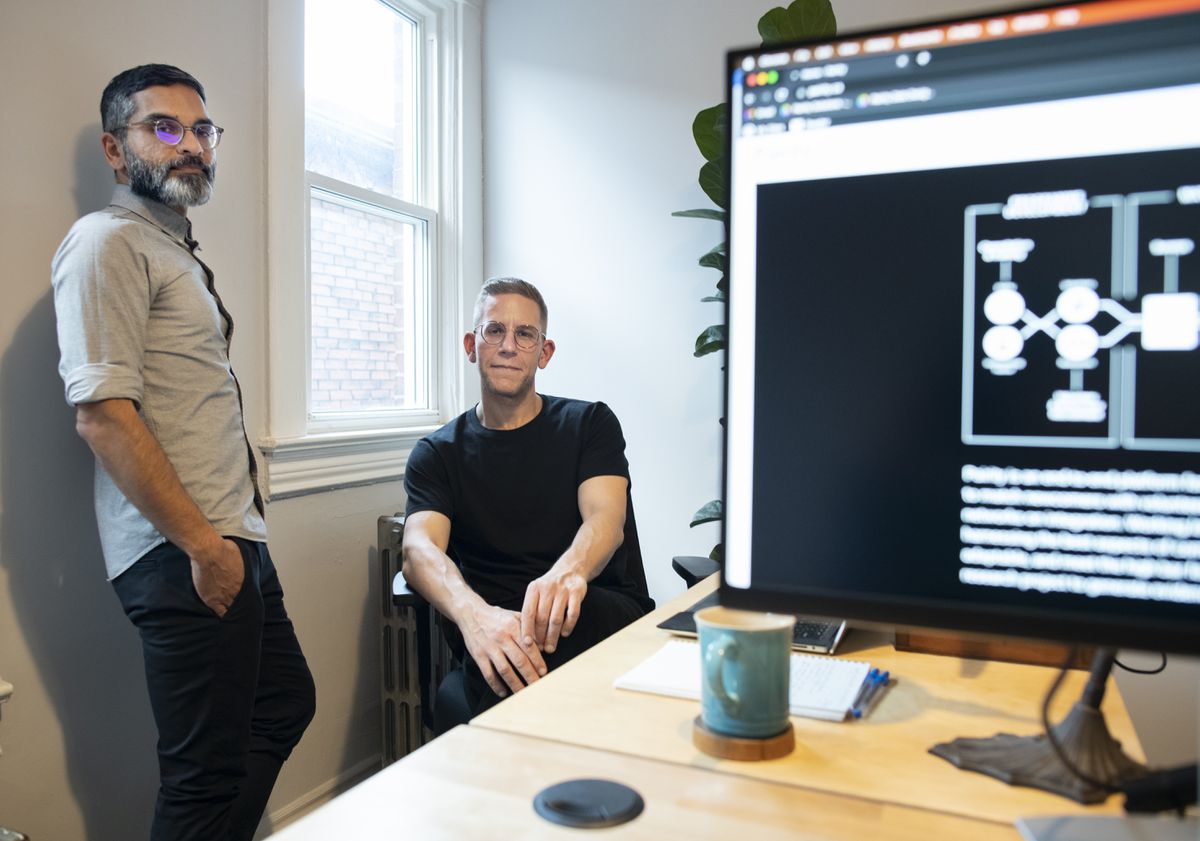 Virtually everything about the new US Welcome Corps is Canadian-inspired. The program – announced last week by Secretary of State Antony Blinken to recruit Americans to help settle refugees – is modeled on Canada’s long-running Private Sponsorship of Refugees system. The Welcome Corps’ creators have consulted extensively with non-profits north of the border.

And a key component will be run by a Canadian tech startup. Toronto-based Pairity has built a platform that uses an algorithm to match refugees with sponsors. It also follows up with the newcomers to gather data on how well they integrate. The goal is to increase the chances that refugees find success in their new communities.

“Having the US set up this program is kind of a big deal for Canada. It’s finally showing that the country can export its model of private sponsorship globally,” Craig Damian Smith, Pairity’s co-founder, said in an interview.

Pairity’s technology has previously been deployed on a smaller scale in the Netherlands. But the Welcome Corps will offer its biggest test yet. The company is hoping a successful run may even push Canada to innovate its own refugee sponsorship program, which still relies on manual matching to assign immigrants with the people receiving them.

Pairity will use questionnaires to help match refugees with sponsors most likely to help them successfully integrate. Among other things, the algorithm considers shared interests, family composition and location preferences in making its pairings.

The company will also use data from follow-up surveys to understand how life is progressing for refugees and tweak the algorithm. In addition to basic metrics, such as employment and housing, the surveys are meant to assess more complicated questions such as whether newcomers have built up social networks, are satisfied with their jobs and feel like they belong in their communities. It can also help determine what sorts of sponsorship groups have the greatest success with helping immigrants.

mr. Smith’s research suggests privately sponsored migrants tend to do better than people assisted by government programs because of the amount of attention individual sponsors can offer. “Private sponsorship groups lend refugees social capital that they’ve lost, by giving them access to new networks,” he said.

Welcome Corps, a pilot project currently slated to last three years, is aiming to recruit 10,000 individual sponsors to help 5,000 refugees in its first year. The number of refugees in the program is expected to grow to 30,000 annually by its third year. As in Canada, US sponsorship groups will need a minimum of five people.

Just as in the Canadian system, American sponsors – who may include groups of friends, companies, churches or non-profits – will be responsible for paying the cost of resettling refugees and helping them navigate life in the US

Canada’s private sponsorship program has resettled about 327,000 people since 1979. There have been limited attempts to replicate it in Europe but the Welcome Corps is the first large systemic effort to make it work in another country.

The US is still struggling to restore refugee programs cut by former president Donald Trump. Last year, for instance, the US government mandated up to 125,000 refugees to be resettled in the country, but only managed to settle a little over 25,000.

Sarah Krause, the group’s executive director, said she consulted closely with Canadian non-governmental organizations, including the Mennonite Central Committee, to understand how to make the system work.

“We believe that private sponsorship has the potential to significantly expand our capacity to welcome refugees in the United States and also to really connect Americans with arriving refugees and see the many skills and talents that they can bring,” she said.

The Community Sponsorship Hub and other organizations have already had some experience doing this on a more ad hoc basis, because of the waves of Afghan, Ukrainian and Venezuelan refugees that have arrived in the US over the past two years, she said. The new program will expand and formalize that work.

Pairity, for its part, has previously deployed its algorithm as part of a smaller-scale project in the Netherlands, Samen Hier, which connected refugees seeking to expand their social networks with lifelong residents of the country. It is also involved in a German program called Re:Match that will use its technology to find the best cities and towns to settle new refugees in.

Ironically, if Pairity’s plans work as advertised, it could ultimately allow the US to show Canada how to innovate its own program. Much of the work that Pairity’s algorithm is designed to do is still carried out by hand by Canadian civil servants.

Lloyd Axworthy, chair of the World Refugee and Migration Council and a former foreign minister, said Canada’s system has become overly bureaucratic in other ways: The federal government imposes too much red tape, in the form of excessive paperwork and onerous financial auditing, on people who want to become sponsors, he said.

His advice to the US is to ensure it is relatively easy for regular people to sign up as sponsors. “They have to help provide a proper process of administration, but not so much that it begins to suffocate the volunteer spirit,” he said.

mr. Axworthy, who served as immigration minister during the program’s early years in the 1980s, said it immediately proved itself worthwhile as Canada worked to resettle a wave of Vietnamese and Laotian refugees despite a small government budget to do it. Private sponsorship helped Canada take in 60,000 refugees around that time, a number that would likely have been far smaller without such a system.

He also credited the program with thwarting xenophobia, helping explain why Canada has been less susceptible to the anti-immigration policies that have played out in other wealthy countries in recent years.

“I’m glad that the US is doing this. I think it will help change the American attitude towards refugees, which is really poisonous right now,” Mr. Axworthy said. “People will see for themselves that these are just folks escaping terrible circumstances who want to make a good home for themselves and their families.”