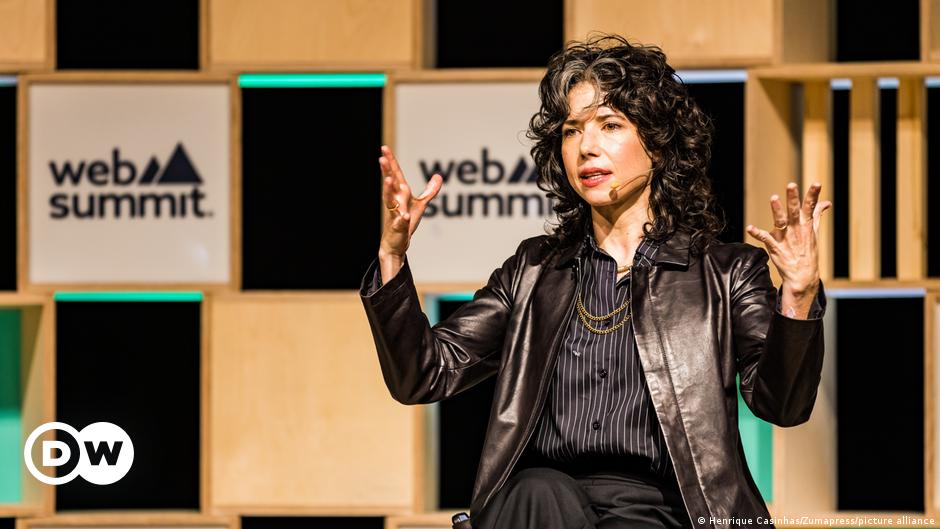 Consider it a case of David versus Goliath. Like the biblical shepherd, smaller privacy-focused companies and nonprofits are out to give internet users an alternative to the services of the handful of internet giants collectively known as “Big Tech.”

Their products range from encrypted messaging apps and email services to private web browsers. They have different business models. But they pursue the same goal: To give individuals better control over what is done with their data.

As Elon Musk’s acquisition of Twitter has brought new attention to how the internet’s architecture is increasingly owned by a powerful few, executives told DW that they hope that the reaction against Musk will help their companies gain momentum.

“The question now is: How do we ensure that those alternatives get the attention they need, given that the tech companies’ monopolies are so powerful?” said Meredith Whittaker, the president of the nonprofit Signal Foundation, which oversees the development of the encrypted messaging app Signal.

Andy Yen, the CEO of Proton, which makes the encrypted email service “Proton Mail,” likened the situation to that of the early environmental movement, which went through decades of advocacy work before awareness for its cause went mainstream.

Why Big Tech is under fire around the world

To view this video please enable JavaScript, and consider upgrading to a web browser that supports HTML5 video

“Now we’ve suddenly hit a point where it’s socially unacceptable not to care about the environment,” he said, arguing that awareness of online privacy will one day reach a similar tipping point. “It might take 20 or 30 years, but the change is inevitable.”

That assessment was echoed by Mitchell Baker, CEO of the nonprofit Mozilla Foundation and its for-profit subsidiary, which develops the Firefox web browser.

“We are in the early phases of a big change, and these changes take a long time,” Baker said. “But we are building towards something.”

But how do you convince people to ditch the convenient, mostly free services of Big Tech for privacy-focused alternatives?

Signal’s strategy includes making its messenger look and feel like its big competitors such as market leader WhatsApp. That’s one reason why the Silicon Valley-based nonprofit recently rolled out a feature that lets users post videos, pictures, or text that disappear after 24 hours.

Below the surface, however, the app collects as little data as possible, President Whittaker stressed. In addition to encrypting communication — something services like WhatsApp do as well — the messenger does not track metadata about who is communicating with whom and when, and it does not keep a record of the names or images people choose for their profiles.

Against a “surveillance business model”

And yet, like in the story of David and Goliath, it is an uneven battle. Not only does Signal operate with a fraction of the staff working at WhatsApp, which was bought in 2014 by Meta, known at the time as Facebook. The nonprofit also has to find alternative sources to finance its free service, which Whittaker said costs “tens of millions of dollars” per year to maintain.

WhatsApp creates most of its revenue with paid business accounts and in-app payments. But the company also shares some data about its users with Meta, depending on where in the world they are — and Meta makes the lion’s share of its profits by selling targeted advertising based on customer data.

That would be out of the question for Signal, Whittaker said. Instead, the messenger relies mostly on donations. But as awareness of what she called Big Tech’s “surveillance business model” is growing, Whittaker is convinced that “among the many people using Signal, there are enough who are willing to make donations.”

The role of regulators

“The problem is that Big Tech is using its size to entrench a status quo that’s bad for the average user, and bad for the world.”

As companies like Meta or Google grew over the last two decades from scrappy startups into the world’s most powerful corporations, they have come to dominate their respective segments of the internet market.

This, Yen said, has made it ever-more difficult for internet users to choose alternatives over their services. The hurdles many phone users have to take before they can download his company’s encrypted email program are a case in point, he argued.

“Proton Mail” aims to be an alternative to email providers such as Google’s “Gmail,” which makes money by, among other things, displaying targeted ads to its users based on their online activity. To install “Proton Mail” on cell phones with Google’s Android operating system, however, users need to download the app from the tech giant’s own “Google Play” app store.

“And to use ‘Google Play,’ you practically have to use ‘Gmail,’ so we’re in the absurd situation where to get ‘Proton Mail,’ you have to get ‘Gmail,'” he said. “This is not fair competition.”

In a request for comment, a Google spokesperson told DW that while users do need a Google account to use the “Google Play” app store, they can create such an account without using “Gmail.”

But Yan insisted that “this is a monopoly,” which, he added, could “quite easily be broken with common-sense regulation.” That is why he is lobbying lawmakers from Washington DC to Brussels to pass laws that would make it easier for internet users to switch to alternatives and curb the market power of Big Tech.

Across the Atlantic, the San Francisco-based Mozilla Foundation is pushing into the world of venture capital.

The nonprofit became known in the early 2000s when, together with an online community of volunteers, it built the open-source Firefox web browser. Within less than a decade, the browser rose to take about 30% of the market share. But in 2022, that number has fallen back to around an estimated 4%, with Google’s Chrome and Apple’s Safari browsers now dominating the market.

“Open-source won on many things and is now embedded in many things,” Mozilla’s founder and CEO Mitchell Baker acknowledged. “But where we didn’t win is in the power of what we’ve created.”

That’s why the Mozilla Foundation, as its nonprofit model continues, is launching an investment fund for early-stage tech startups worth $35 million (€34 million). The plan is to help a new generation of “responsible” tech entrepreneurs develop technology that adheres to Mozilla’s privacy standards, among other things. Mozilla’s hope is that, as the regulatory landscape is expected to become tougher in the coming years, that focus will become a competitive advantage.

Whether the plan will work out remains unclear, as does whether the growth of services such as Signal or ProtonMail will continue.

Signal’s Meredith Whittaker said it was fair to compare the efforts of privacy-focused tech firms like hers to a David versus Goliath battle.

“But we have the force of public opinion behind us,” she said. “There is an increasing understanding throughout popular culture and institutions outside of tech that there’s a real problem with a business model that places intimate dossiers about everyone in the hands of a handful of corporations.”

In the biblical story, at least, underdog David defeats his giant opponent.