Can Internationals cut into American lead? 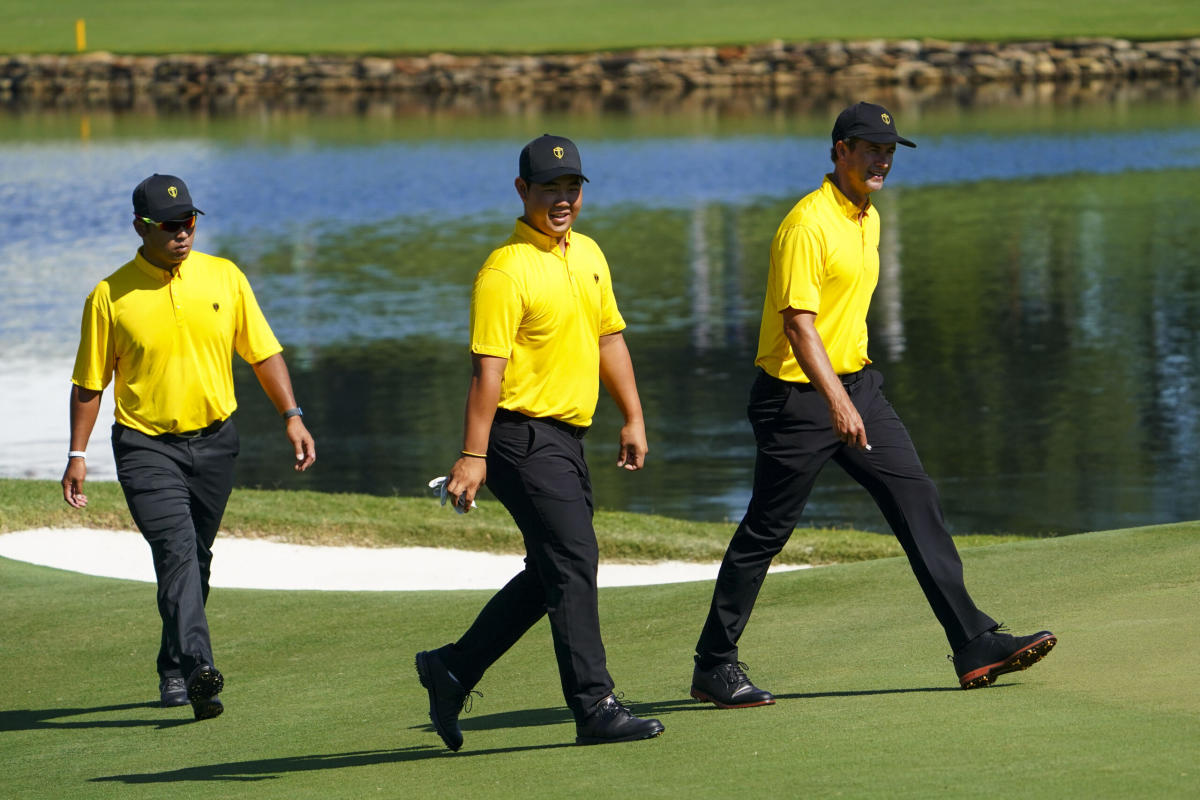 CHARLOTTE, NC — We’re only one round down at the 2022 Presidents Cup and the International squad is already in a hole.

The Americans rolled to a 4-1 win during Thursday’s foursomes (alternate shot) session at Quail Hollow Club and will trot out three of the same pairings for Friday’s four-ball session (each player plays his own ball and the lowest score wins the hole ). The Internationals, on the other hand, have a fresh lineup of five new pairings for Day 2 of the biennial bout, including a couple of countrymen combos.

Golfweek’s Adam Schupak and Adam Woodard are on the scene this week and made picks for the second round of matches (after nailing the Thursday final score and admittedly missing the mark on a few matches). Don’t be surprised if the Internationals cut into the deficit.

AS: I’m calling the upset. JT-Jordan is a tough foe but neither looked sharp on Thursday. Scott has too much pride to lay another egg and Davis is underrated, if you ask me.

All due respect to the other Adam, and I mean with all due respect, but those two aren’t losing. Gimme the Americans.

AS: Don’t sleep on Munoz, who can be a birdie machine but The Scotty-Sammy Show got renewed for another season and doesn’t want to be cancelled. I can’t see those good friends, the only American side to lose on Day One, letting their teammates down again.

AW: Captain Davis Love III is trotting out three of the same pairs for four-ball on Friday as he did for foursomes on Thursday, and I’m shocked he didn’t stop at two with Thomas-Spieth and Cantlay-Schauffele (more on them to come). There must be something in the stats that points to this group staying together, but I think we see Munoz come out firing after being left on the sidelines Thursday to lead the Internationals to at least a tie, if not a win.

AS: I really like teaming Kisner and Young together and I just have my concerns about whether Pereira and Bezuidenhout can make enough birdies to keep up with the Americans.

AW: Couldn’t agree more. I also wouldn’t be shocked if Kis shows some early emotion and gets the crowd going out at Quail Hollow. After all, this ain’t no hobby.

AS: This is going to be a fun one. Until I see Cantlay and Schauffele go down to defeat, I’m going to keep picking them and expecting them to win.

AW: I am all in on Tom Kim. The guy is just what this International team needed in a turbulent time with its roster: he’s young, funny, energetic and absolutely thrilled to be a part of this team. Cantlay and Schauffele have to lose some time, right? I’ll take the underdog Internationals.

AS: Oh, Canada! I’ve got a feeling. These two have been playing as a team since before college. Apparently, the stats say they don’t make a great pairing in foursomes, but I guess I’m old-school: familiarity and experience together matter and I’m bullish on Pendrith.

AW: I don’t disagree with the Canada connection, but something tells me after all this time that Billy Horschel isn’t going to lay an egg in his first appearance for the national time. Plus that Max Homa guy is playing pretty well these days, too.