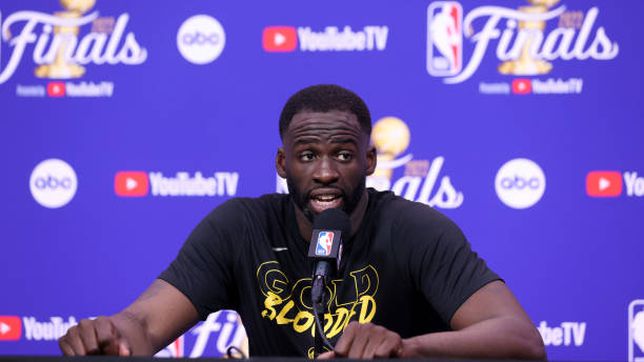 With the fallout continuing, the Warriors star has now stepped into the fray with calls for a vote on whether or not the Suns owner should remain in control of the franchise.

As we all know now, Phoenix Suns owner Robert Sarver has been suspended for one year and fined $10 million for a variety of inappropriate acts in his workplace environment. Said acts, have been linked to racism and misogyny, yet as we have seen, the league has seemingly declined to go any further. As a result, various players, fans and coaches have made it abundantly clear that they are not satisfied with the extent to which Sarver has been punished.

Indeed, LeBron James tweeted that “there is no place for misogyny, sexism, and racism in any workplace,” before Suns star Chris Paul added that he is “of the view that the sanctions fell short in truly addressing what we can all agree was atrocious behavior.” With that said, you can now add Golden State Warriors star Draymond Green’s name to the list of NBA players who want to see a harsher punishment for Sarver. Green, it must be said, has actually gone a step further in asking NBA owners to vote on whether or not Sarver should remain. “It’s a little baffling to me that we’ll walk into the arena next year,” Green said on The Draymond Green Show. “The Phoenix Suns will walk into the arena next year; he’ll sit on the sideline and we’ll just continue on playing. So, the one thing that I am going to need is someone to explain to me why is it that it was OK to get rid of [Donald] Sterling, but it’s not possible to force Robert Sarver to sell after what we read? …I’m asking that there be a vote. If that’s the only way, then let’s see what those numbers are. Let’s see what they are.

Can the NBA do what Draymond Green is asking?

In case you didn’t know, what Green is referring to is actually Article 13 of the NBA constitution. That’s to say that the vote in question can allow the league to terminate an owner if there is a three-fourths vote among the league’s other owners. This 75% rule was of course the one used to facilitate the above-mentioned Sterling’s removal back in 2014. It should be noted, however, that regardless of termination, the league can’t outright force the sale of the team. In the case of Sterling, such an outcome was only achieved with the assistance of his wife and a whole lot of legal wrangling. To be clear, it took a declaration of “mental incapacitation” in order to allow Sterling’s wife to cooperate with the league for the sale of the team.

Can we expect NBA owners to cooperate with a Sarver vote?

Here’s the thing, one has to imagine that any owner in the league will likely be thinking about the precedent of the whole scenario. In other words, they will all be certain to wonder whether or not a vote against one of them could normalize such a process in the future. Where Sterling was concerned, it must be said that there was video and audio evidence which implicated him. To be clear that’s not in any way criticizing the testimony of the numerous witnesses in the case against him, it’s simply to say that he assisted in creating a unified movement against the former Clippers owner. For the moment, such unity does not appear to be in play where Sarver is concerned.

I agree with Draymond Green and the Owners should have to Vote on Robert Sarver! We need people to show their true colors!!! Carry the hell on… pic.twitter.com/imlrDthEds

Additionally, there is also the risk of what might come to light should fellow owners choose to go down this path. Who’s to say what fans might have to say, if for example the ballots in such a vote were leaked. Any owner who did not vote in favor of Sarver’s removal would almost certainly have to face intense backlash from fans and players alike. That’s before we consider the possibility of any communications between owners that might demonstrate that they were aware of Sarver’s behavior and simply chose to remain silent. Regardless, what is now clear is that the NBA has a problem on its hands. Owners for the most part, stand outside the game in that they have no obligation – as do the players – to the media or to anyone else really. The commissioner of the league effectively works for them. What that means is that should Sarver stay put, his players will undoubtedly have to continue to interact with him. To that end, perhaps Green’s idea of ​​a vote is the best way forward, but rest assured it’s going to take some doing for the league and owners to agree.