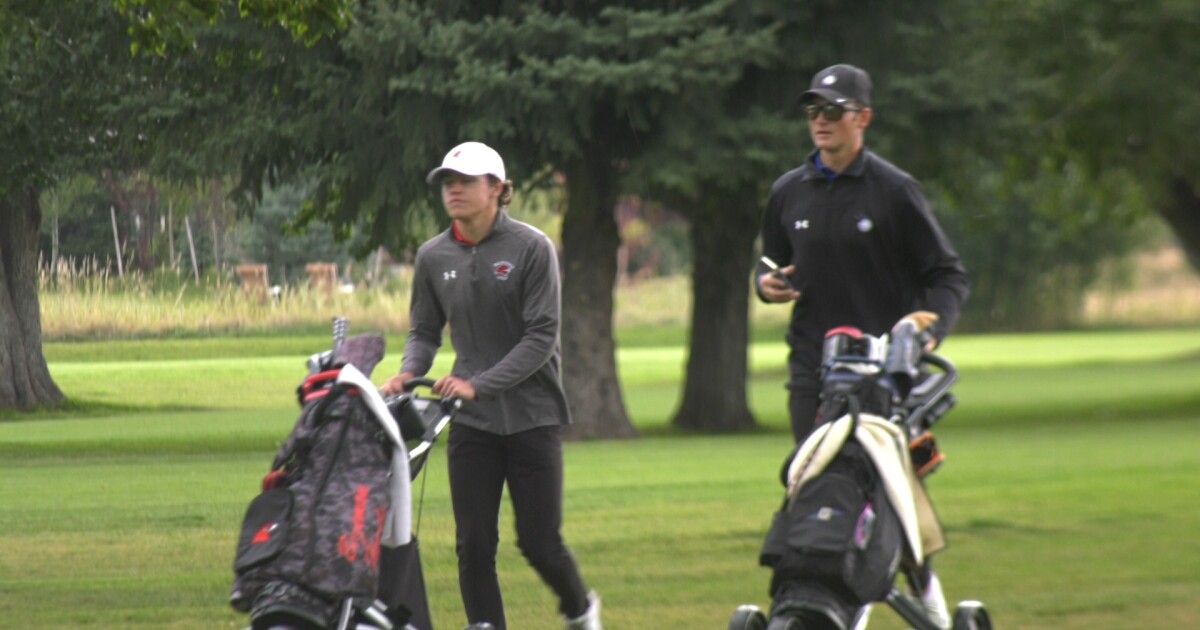 BOZEMAN — The horizon didn’t look too promising in regards to weather but the Eastern AA golfers had only a minimal lightning delay halfway through Thursday’s round that allowed them to finish a full 18 holes on Day 1 of the divisional tournament.

Overall, the scores were higher at Riverside Country Club due to the heavy rough and wet conditions, but there were still some gutsy performances that put the usual suspects in the lead.

After Day 1 the team scores were what you’d expect: On the girls side, Bozeman Gallatin narrowly leads Billings Senior 334 to 339. On the boys side, it was a battle of the Bozeman teams with Bozeman High pacing the way with a score of 309 while Gallatin sits in second place with 322.

Individually, defending Class AA state champion Bella Johnson of Billings West sits atop the leaderboard with a score of 75. Behind her is Gallatin’s Addiley Lloyd with a 76 and Billings Senior’s Kenzie Walsh with a 78.

On the boys side, Bozeman’s Nate Pailthorpe stands alone as the sole leader with a 73. Bozeman’s Cooper Bourret and Billings Skyview’s Tye Boone are tied for second at 74. West’s Palmer Coleman shot a 75 to head into Day 2 in third place with Gallatin’s Gavin Klein nipping at their heels with a score of 76.

Tomorrow’s round begins at 10 am at Cottonwood Hills Golf Club in Bozeman.