Borje Salming represents the best of what hockey has to offer 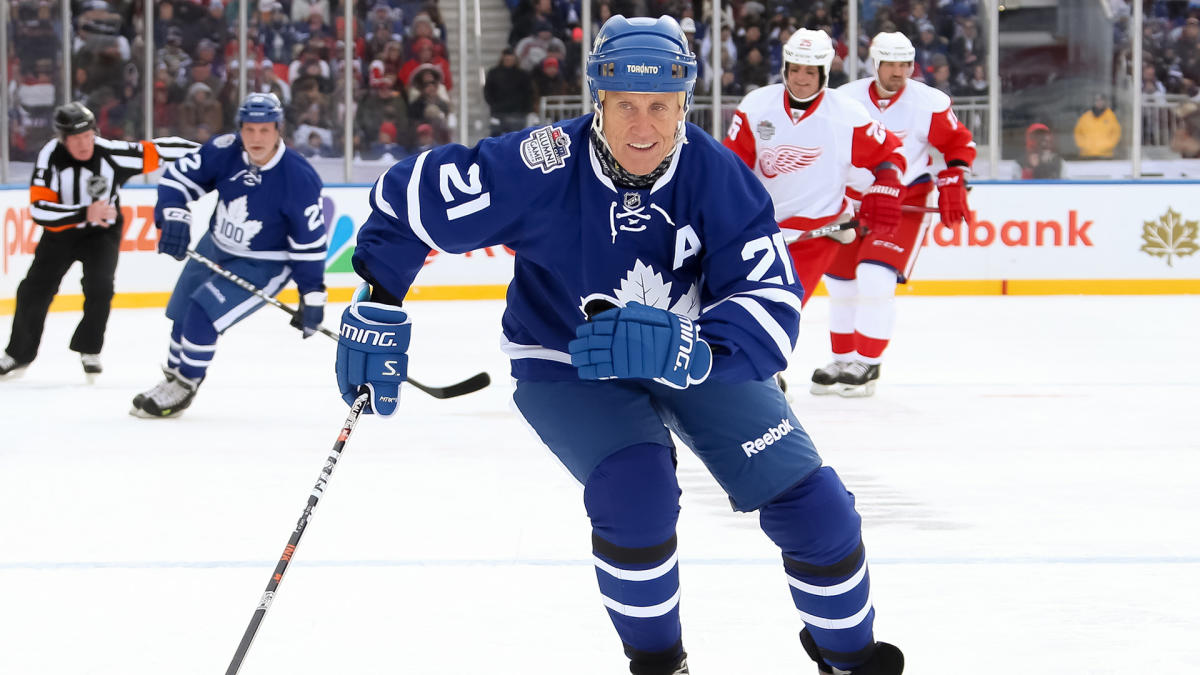 Toronto Maple Leafs legend Borje Salming died at the age of 71 on Thursday. Salming leaves behind a tremendous legacy, operating as the precursor to the modern defenseman while shattering stereotypes about the physicality and prowess of European players.

Salming’s legacy was fully realized on Nov. 11, when he was honored during Hall of Fame weekend by the Maple Leafs, with Darryl Sittler and Mats Sundin accompanying him onto the ice. There was some doubt about whether Salming would be able to attend the ceremony as he was battling ALS since August. Salming, with the help of his fellow Maple Leafs legends, raised his hands to the crowd, basking in the coronation he richly deserved.

“He was the player who opened up for other players to go to the NHL,” former Colorado Avalanche great Peter Forsberg said via The Athletic’s Daniel Nugent-Bowman. “He played with a lot of emotion. He had real courage. He showed how to play with a big heart.”

“You’re dreaming or pretending you’re Borje Salming,” former Detroit Red Wings superstar Nicklas Lidstrom said. “It’s one of those things as kids. You’re using your idol’s name when you’re playing. Borje was my guy when I was 8, 9, 10 years old, pretending to be in the NHL. He’s always been my idol.”

Salming joined the Maple Leafs at a time where Swedish players were considered soft and afraid of physical contact, while being characterized as playing a game that was based solely on finesse. And although Salming’s two-way brilliance was on display from the minute he set foot in North America, he also had a nasty streak which quickly won the respect of his opponents. He was fearless, with his first fight coming in his second NHL game against Philadelphia Flyers bruiser Dave Schultz, who amassed nearly 2,300 penalty minutes during his career, holding him to a draw. Salming could flip his hips, throw his body around and he wouldn’t back down from anyone, nor did he care about their pedigree.

“When Borje came [to the NHL], he was a target. The game was different back then,” Sittler told the CBC. “In the shower after games, it was obvious how much abuse Salming took, from the numbers of welts and scars all over his body.”

Salming’s decision to leave Sweden in order to join the Maple Leafs was also wildly unpopular back home. And though Salming was always proud to represent Sweden at any international tournament while serving as a de facto ambassador, he knew it was the correct decision for his career to enter the NHL. Maple Leafs scout Gerry McNamara viewed Sweden as a destination full of untapped potential, with Salming emerging as the first bona fide gem from a veritable gold mine. McNamara signed Salming against the wishes of Maple Leafs owner Harold Ballard, who was vehemently opposed to signing any Europeans.

“At first, they were considered traitors in Sweden,” Jens Lind, a Swedish journalist and documentary filmmaker said of Salming to TVO in 2020. “They’d turned their backs on the Swedish club system and were going to North America to play for the money.”

It was an uneasy time to join the Maple Leafs in any climate. Toronto never made it past the quarterfinals during the first four seasons of Salming’s tenure, before the franchise reached its nadir under the wayward stewardship of Ballard in the 1980s. Salming could’ve wanted out at any point; his trade value would have fetched the Maple Leafs a gargantuan return, but he stuck it out during some of the most frustrating years in franchise history, playing under 11 different head coaches during his time with the club.

If Canada is a country founded on the contributions of immigrants, then Salming is a defining icon of what it means to be Canadian, even if he was a proud Swede through and through. My grandmother, who emigrated to Canada from India in the 1960s, learned how to speak English through Hockey Night in Canada broadcasts throughout the 1970s and Salming, along with Sittler, were the dual faces of the Maple Leafs, telecast into every Canadian home.

Sure, the Canadiens and Bruins were superior, but Toronto’s hold on the collective NHL landscape was always an attractive selling point. My grandmother’s story is just one of many immigrants who were directly or indirectly impacted by Salming’s superstardom with the Maple Leafs, a franchise that often works as the insignia of Canadian identity.

Salming transcended international rivalries. When he suited up for Sweden during the 1976 Canada Cup, Salming received a standing ovation, as he was so adored by Maple Leafs fans through his first three seasons. He would later speak about how touched he was by the reception, remarking that sometimes hockey has no country. Salming may be the defining Swedish player of his generation, but he also emerges as a Canadian legend as well, a pathway that would later be emulated by Sundin, a fellow face of the Maple Leafs.

Salming wasn’t always perfect. He was suspended for eight games by the NHL in September 1986 for admitting in an interview that he had previously used cocaine several years prior, a suspension that was initially doled out for a year, before the original term was rescinded. And he warned players — including current Maple Leafs defenseman Rasmus Sandin — about the relentless Toronto media corps.

Salming became the first European player to enter the Hockey Hall of Fame in 1996, and was named as one of the 100 greatest players in NHL history by the league in 2017. An offensive dynamo with outstanding skating, situational awareness and the willingness to take on Anyone physically, Salming was ahead of his time and his impact on the league is immeasurable — the gold standard of Swedish players everywhere. Off the ice, Salming’s confidence and loyalty to the franchise made him a Canadian icon, heralded in his adopted country as an essential part of the city. Salming represented the best of what hockey had to offer and his passing is a loss that extends far beyond his on-ice contributions.